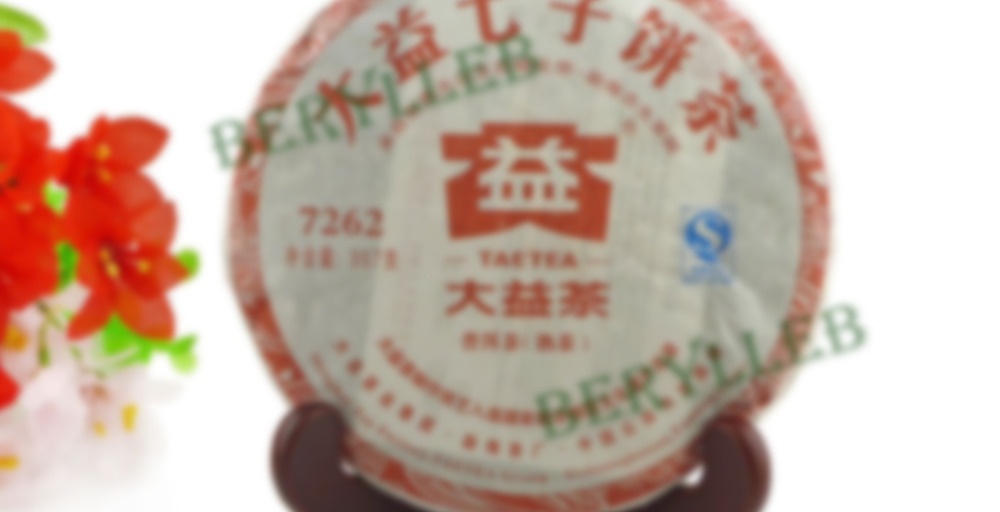 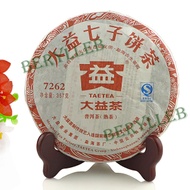 by Menghai Tea Factory
76
You

[Yunnan Sourcing Description]
A classic recipe from Menghai, but the first production of 2011 (101). This is an average blend of 6th grade material that was fermented last year, so the cake does not have that just fermented taste, rather it has already mellowed a bit. Another 6 months to a year down the road and it will make even more impovements in taste and liquor clarity. But, don’t wait, as this will sell fast!

[Berylleb ebay Description]
Pu’er Tea the old is better and better for our health.
The Ripe Pu-erh Cake is a mid-rang standard product of Menghai Tea Factory made of larger mature leaves covered on the cake surface by tip leaves. Moderately fermented for a strong flavor and pure aroma, the overall quality is excellent. This product won the sliver medal of the Sixth (Hong Kong) International Famous Tea Appraisal Competition.
[END Berylleb ebay Description]

Absolutely love the rich aroma of this Pu Er.

1st infusion: 212˚F, 20s
Now that I’ve brewed it properly, it tastes sweet like malted barley, coffee, and caramel on top of the peaty earthiness. My favourite of the “Menghai Classic” sampler pack.

Tastes fine with milk, slightly salty/savoury but quite similar flavour to the milk tea you buy at bubble tea shops.

tl;dr: A thin, but easy to drink tea. Wet→Dry wood with hints of grain as you steep longer. Opens up quickly and brews cleanly, no fermentation tastes. 3.5/5

Smell: Spicy (as in cinnamon), mostly wet wood, hints of something I can’t place. Plum?

98C, 10s: Good “seal” on gaiwan lid. Scent was same as after rinse. The liquor is an average, ripe brown-red color. Maybe, more yellow than usual. Flavor is thin, with medium huigan, but a pleasant, lasting aroma in the nose after drinking. Very easy to drink.

98C, flash: Leaves opened up quickly, but I used small chunks of cake. Color more rich and dark, flavor is same but aroma that follows sipping is more full.

Qi of the tea is mild, I would say cooling and calming…maybe mildly disorienting even.

The tea is mildly “absorbent”. As in, during brewing, it creates a strong enough vacuum inside the gaiwan to cause the lid to feel slightly “stuck” when you lift it up. Historically, I’ve found the absorbency of a ripe pu’er correlates with the strength of it’s qi and how much I like the tea reasonably well. On a scale from not absorbent (0) to “can pick up the gaiwan with the lid due to the strength of the vacuum created” (5), this tea is a 1.5/5.

If anyone knows the name for this phenomena, I’d love to hear it!

Final impressions are: for the price, a great tea to brew while sitting around during the day. Not gonna knock off your socks, but for $25 a cake I’d stock this around for poor weather. Taste was rather thin but clean, would probably pass the “mom test”.

Good for a daily driver, but don’t be expecting something to hold onto for special occasions. The tea develops over the first few infusions, reaching full body around infusion four. Flavors are spicy and earthy, with notes of wood, anise, and a surprisingly fruity finish. A reed flavor is picked up in later steepings, and the very final steeps are sweet and fruity.