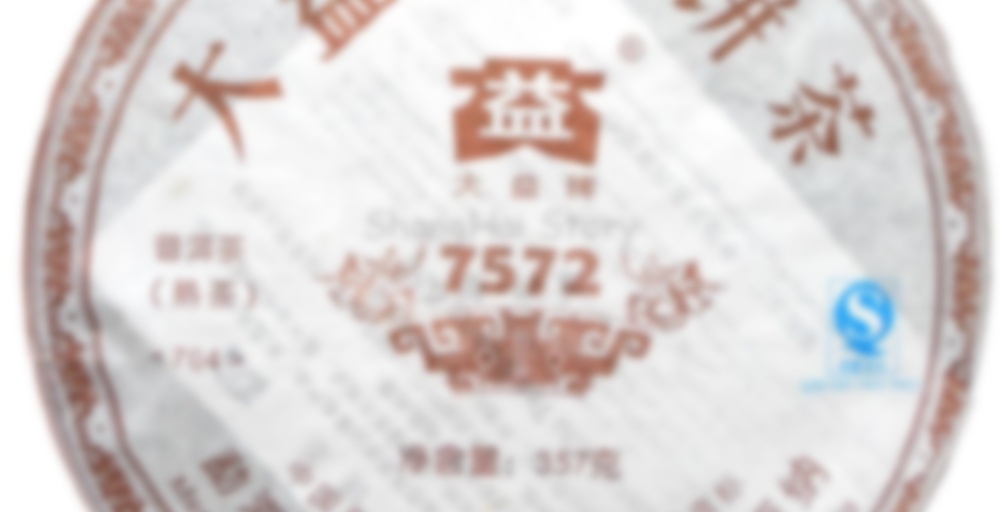 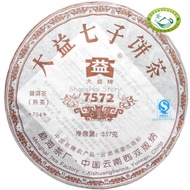 by Menghai Tea Factory
80
You

Yunnan Chi Tse Been Cha is also known as “Round Tea”, it is one of the famous products of Yunnan Pu-erh Tea, it adopts solorized raw tea of broad-leaf type in certain districts of Yunnan as raw material, processed by optimum fermentation, steamed and pressed to form its shape. It flavored with smooth and mellow and has a long lasting finishing. If aged under proper condition, the quality will be constantly upgraded.
The Ripe Cake is Menghai Tea Factory’s archetypal ripe tea product. Since it was first developed in 1970’s. It has used golden hairs fine leaves for the cake surface and fat green leaves for the center. Moderately fermented, it is brownish red in color, yielding a bright red broth. The overall quality is high, and this product enjoys broad acclaim. This tea is considered as the market standard for ripe Pu-erh tea products.

I am not a big fan of Shu, but oddly sometimes this tea serves me so well, such as on a cold winter night!

This tea has nice bright dark red tea liquor. The taste is smooth with a soupy texture, feels very clean, no offensive over-fermentation taste at all. It’s after taste is not only sweet, but also somewhat more complicated (in a nice way) than most shu I’ve tried. No wonder it’s seen by a lot of people as a classic product of shu.

If I have to critique on it, I would say its taste is on the weaker side. But very possibly many flavors of shu that’s favored by a lot of other people just escape my radar. The tea is very soothing, with great mouth feel and excellent warming effect. It really made every skin pore of mine feel comfortable!

A friend of mine commented that he feels this tea doesn’t taste much different from its 2008 version, which seems to me may not be a bad thing at all.

This was one of the teas that was in the Liquid Proust “puerh exploration kit for newbies,” which I signed up for in 2018. The label was simply “Dayi 7572 2007” but this is probably the only one of the bunch I received that had cryptic labels that I think I’ve correctly tracked down and don’t have to put on Random Steepings. (Of course, I could still be wrong!)

I’m using this tea for the monthly prompt “A tea from a place you’d like to visit.” Not because I actually want to visit China (which isn’t even on my short list) but because, the other day, my friend Todd was talking about going to a Santa Cruz teahouse called Hidden Peak Tea for his graduation, and it made me realize how badly I want to go back to that area and visit him. This tea is offered at Hidden Peak Teahouse in Santa Cruz, so I’m using that as my connection.

Gong fu. Brewed the first steep a little longer than intended. The tea smells warm, spicy, and subtly smoky… mineral earth and leather aromas. On first sip I get a strong peppery leather impression, with that sort of marshy taste I don’t care for in puerh sort of subtly hiding in the background, though the edges are smoothed out and it isn’t coming off as abrasive swamp water. A bit of smoke mixes with the spiciness at the end of the sip. It stayed pretty consistent from steep and steep, aside from that “marshy” taste getting stronger, which led to me being progressively less into it. Perhaps I’m not cultured enough to properly get flavor notes from teas like this, but I think I’ll make the remainder of the leaf western style, as I honestly didn’t really notice much difference brewing gong fu. I only went six steeps until my water ran out, and was pretty over it by that point.

I’ve never been much of a pu’erh person, and while I’ve definitely had some way worse than this, I’ve also had some I was more impressed by… pretty average feelings here.

I ordered a 25g sample from Yunnan Craft. They sell an entire cake for $53* (edit) as of 6/30/2018. Their description of their particular cakes follows: “Very well stored tea cake. Scent of the walnuts crushed on the old wooden table comes out from gaiwan within first brew. No any unpleasant taste or throat feeling of dry storage. The dark ruby red tea liquor is thick and sweet with very slight citrus sensation on sides of your tongue which gives nice boost of existing nutty flavor. Tea can be steeped many times. This tea comes from an authorized Da Yi supplier!”

Overall, the sweetness is noticeable – fig, molasses, chocolate toffee. It is a taste I only associate with Menghai ripes. This particular cake has a very developed and multifaceted sweetness. However, I did find the aftertaste to be remarkably light and fleeting. It is a good tea, and an excellent candidate to get to know the Menghai ripe flavor profile.
*
Dry leaf – molasses, stewed plums, cherry wood, chocolate toffee. Noticeable syrupy sweetness on nose

WOAH! Huge edit for this one – my computer logged my account off on Yunnan Craft, so the prices all reverted to yuan. The price is not astronomical like first reported. This is an affordable cake – in fact, Yunnan Craft has consistently shown the best price-quality ratios I have found among any tea vendor.

The version of this I have is from TeaLife.HK and has Guangdong dry storage.

This is one of my favourite shou so far. It was very smooth right from the first steep, with a kind of black pepperyness at the end of a sip. Long steeps work absolutely fine, which I like.

It feels slippery in the mouth, leaving a gummy feel and a lingering taste (that I can’t identify but is not unpleasant). It builds up and has a tingly feel – not really pepper and not mint, but something along those lines.

I got a raisin taste on a new pot of water at steep 6 or 7, which I do not tend to get from teas that have it as a note.

I got 50g of this based on the description and would buy a cake. (I am mostly going for samples at this stage).