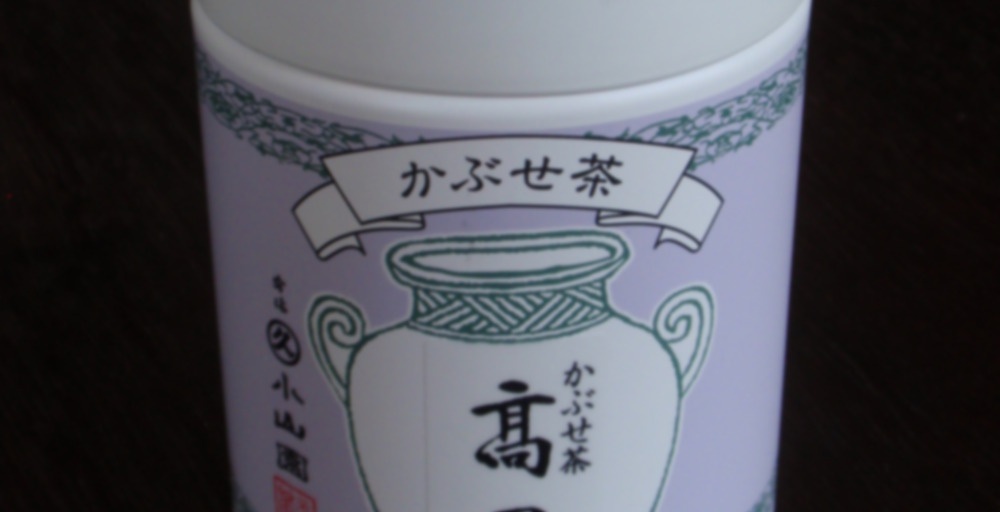 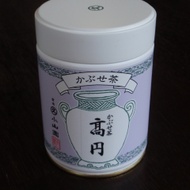 The new buds are cultivated under screen cover for a few days. This tea has a characteristic mild taste and bright green colour.

Ah it has been almost a month since I last logged in a note, mostly due to a busy schedule and a recent trip. Been drinking tea heavily though just not writing about it. Anyways, so this past memorial weekend I decided to travel to San Francisco to visit the many tea shops and explore the Chinatown in hopes of finding another good yixing pot for my collection (sadly that part of the trip was a failure).

I remember seeing Amy Oh’s note on a certain Kabusecha that intrigued me. I searched the website in hopes of ordering some online but couldn’t find any info on how to order some, if you even can. So I asked her how she was able to get some and told me she got it from a San Francisco Japantown store. I explored Japantown and found this small shop that specialized in Japanese tea ceremony products and there they were, several cans and bags of Marukyu-Koyamaen tea. The shop had two different Kabusechas and I think I got the pricier one of the two (I don’t even remember the price as I lost the receipt). The tea comes in a very nice tin (I uploaded the picture of the one I got).

I made a separate page for this tea since the other one does not say which Kabusecha it is. I translated the Hiragana and Kanji in my can using several websites, alongside Marukyu-Koyamaen’s site trying to figure out exactly which kabusecha I got.

Anyways let’s get on with the note.

>Dry Leaf Appearance/Aroma
Medium sized needles with a deep green color, nicely shaped with a little twist to them, some broken but mostly unharmed. Aroma is faint but has a sweet grassy smell.

>Taste/Aroma
First cup. Wow! it has a mellow aroma that is sweet and smells… creamy? The taste, slightly grassy and vegetal, with a very creamy finish and hints of vanilla. Subtly sweet, no astringency or bitterness. I was completely surprised by the taste, unlike any other green tea I’ve had. The flavor profile really reminds me of those green tea flavored kit kats sold in Japanese markets. So creamy with a green vanilla sweetness.

Second cup had a much fainter aroma, taste profile remained the same, still very good but definitely a loss of texture and flavor. Didn’t bother brewing a third cup but I’m certain it can take another brew.

>Wet Leaf Appearance
Very very green, a vivid green, with some unbroken fully opened leaves ( a rare sight with most Japanese greens). Other than that, mostly the typical Japanese green tea look.

>Overall
Wow what an experience. I have to admit this is my first time trying a Kabusecha (my only other experience has been with a Shiraore Kabusecha, one that included several stems which was still very good but nothing like this one). I never really payed much attention to Kabusecha since not many vendors here in the states sell them, and I always had this idea that it wouldn’t taste that much different from Sencha or Gyokuro, but this one is in a league of its own. One of the best green tea I’ve had and definitely a must try.

This kabusecha is seriously delicious. I had another one by this same company but ran out of it a while ago, decided it was time to go for it because I remember how good it was. I think that was just called Kabusecha and this is Kabusecha Takamodo. I’m not sure what the difference is between the two.

I steeped this in my Japanese teapot (Kyusu) for 2 minutes. It yields a light green infusion that is slightly thick, sweet and tastes of spinach and nuts with a slight marine flavor. There is not a lot of astringency that you can sometimes find in regular senchas. Kabusecha is shade grown but not to the same degree as gyokuro. One thing I really love about this is the sense of relaxed alertness that it brings, earlier Indigobloom mentioned the “theanine” buzz and this definitely has it. I feel there is something sublime and almost transcendental about this lovely brew. Definitely hard to go wrong with this grower, in my opinion. It also resteeps fairly well.

It looks like Camellia Sinensis also carries this tea if you want to buy it on-line:
http://camellia-sinensis.com/en/kabusecha-takamado

If you like shade grown Japanese green tea I recommend it!