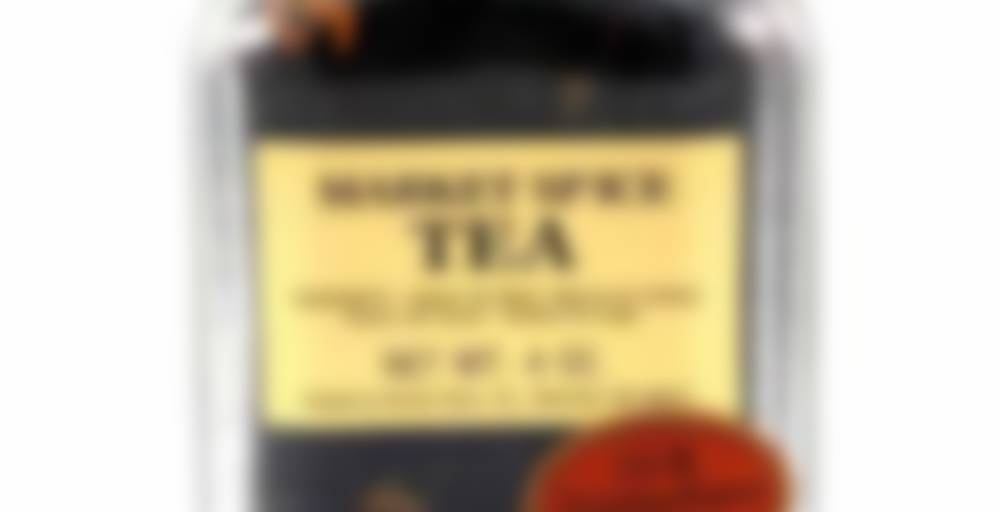 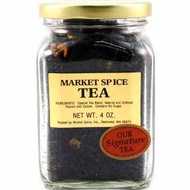 by Market Spice
63
You

Our signature MarketSpice cinnamon-orange tea in a 4oz glass jar. This unique spicy, naturally sweet flavor has become world famous, originating in the historic Pike Place Market in Seattle. We recommend storing this glass jar in the refrigerator to keep the flavorings fresh and moist. Ingredients: Black tea, cinnamon and orange flavorings and spices. Contains no sugar.

At first I thought this was like the cinnamon challenge (you know, eat a tablespoon of cinnamon straight, go on, I dare you) and could not be done but.. it grows on you? I think that people who love cinnamon hearts (Lauren) should love this tea.

The tea itself sorta has a weird artificial texture eh? It’s a weird one, but it does grow on you, thankfully or I’d never have made it through 4oz! (I think I dumped a lot on you though. Hahaha)

I think that might just be the nature of cinnamon? But I’m not a big fan of cinnamon, so, you know. You sent me a bunch!! But I like it, so it’s gonna be ok. I think K will end up liking this one, too. I’m curious to try it with milk & sugar, also… like a sweet treat? Have you tried that? Oh it’s got orange bits, I wonder if it’ll curdle….. :s

I’ve never tried it with milk or sugar – it seemed pretty sweet already. I’m happy you like it though! I do too, even though there’s something strange about it. It became my evening tea for a while there, but 4oz was just TOO much. 4oz of most teas seems like too much nowadays. I like variety… #spoiled

A tad of overkill on the flavorings…but I love it. It makes my house smell like the holidays. The bag has a warning label warning those with orange sensitivities HAHAHAHAHA. It’s hilarious that people with an orange sensitivity would need to be warned not to drink orange tea .

I tried the decaf black variety as an individual teabag.

Firstly, i couldn’t finish the cup because the cinnamon was sickly sweet to a gross extent. The orange flavour could have been stronger. The black base was unremarkable, but the cinnamon was absolutely disgusting. This is coming from someone who loves cinnamon.