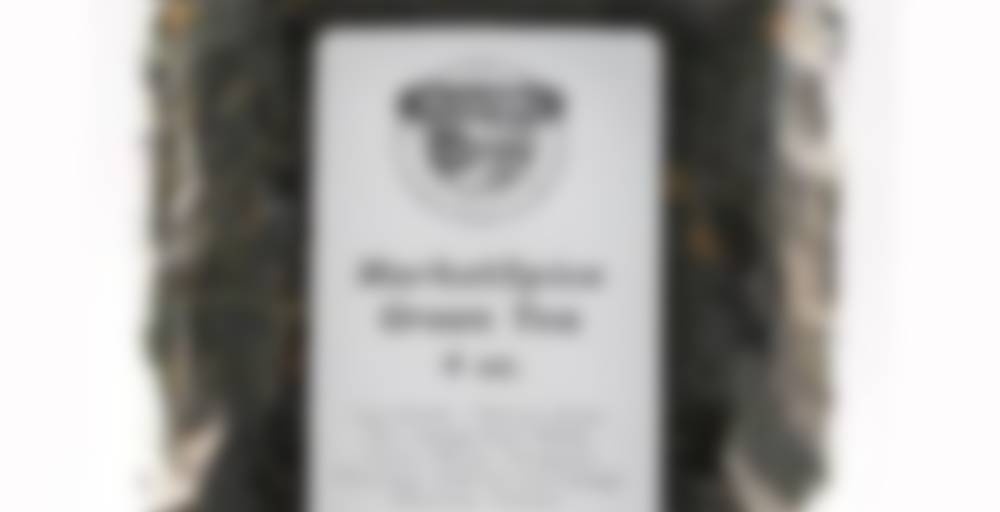 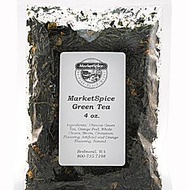 by Market Spice
78
You

Our signature MarketSpice cinnamon-orange flavor now in a green tea version using Chinese Green tea in a heat-sealed cellophane package. This unique spicy, naturally sweet flavor has become world famous, originating in the historic Pike Place Market in Seattle. We recommend storing in an air-tight glass jar in the refrigerator to keep the flavorings fresh and moist. Ingredients: Chinese Green tea, cinnamon and orange flavorings and spices. Contains no sugar.

Since I am such a huge fan of Harney’s Cinnamon Spice, and JacquelineM’s review mentioned that the Market Spice Cinnamon Orange teas were very similar with the orange being more prominent than in the Harney, I had to try this. I love flavored teas in this range, especially because they are sweet without needing sweetening. I am definitely not disappointed. The cinnamon is not quite as strong as in the Harney, and the orange definitely has a front seat in the taste profile. I was wondering if the two were interchangeable, and they definitely are not. For those that are fans of orange more than cinnamon, this is the choice for you. I get mild red hots in a cup with a twist of orange in this.

EDIT TO ADD: One thing that might be a deal breaker on this….the leaves look kind of greasy. I do think it is probably a result of the flavoring oils. They recommend storing the tea in a glass jar once it has been opened (really, the packaging is marginal in clear, non-resealable cellophane…it must be transferred into something else.) I guess it will take further sampling to be sure if it is a keeper.

Added comments on the look of the leaves and packaging.

Smelling the leaves, I had a feeling I wouldn’t be a fan. I realized that the idea of combining orange (which can be bitter) with fiery cinnamon doesn’t appeal to me. This smells like red hots, which smell like Fireball Whiskey, which I really don’t like (my bfs liquor of choice, and after some bad experiences last year, my least favorite). The smell kind of turns my stomach (like I said bad experiences. Let’s just say that I must be really special if I could up chuck all over my boyfriends bed before we were dating, and still have him ask me out).

I absolutely sweetened this, expecting a fiery bitter mess, and I’m glad I did. Sweetened up, there’s still a red hots vibe going on, but it’s in the back and it’s subdued by the sweetener enough to keep me forming dumping the cup. The orange isn’t bad actually.

The aroma when you lift the cup to your mouth to take a sip is all cinnamon, but when it hits your tongue, the first thing you notice is the orange. I wouldn’t say it’s quite juicy, but it’s not bitter either. It’s not till the end of the sip that the cinnamon hits you, and then it sticks around in a lingering after taste.

This tea was doomed for me from the start. I love chais, but not straight cinnamon teas. Due to the bad associate I have with the red hot type flavor, it’s not for me. But that being said, if you like fiery cinnamon, and you like orange, then you’ll like this tea.

He must have really liked you to still want a first date with you after that! <3