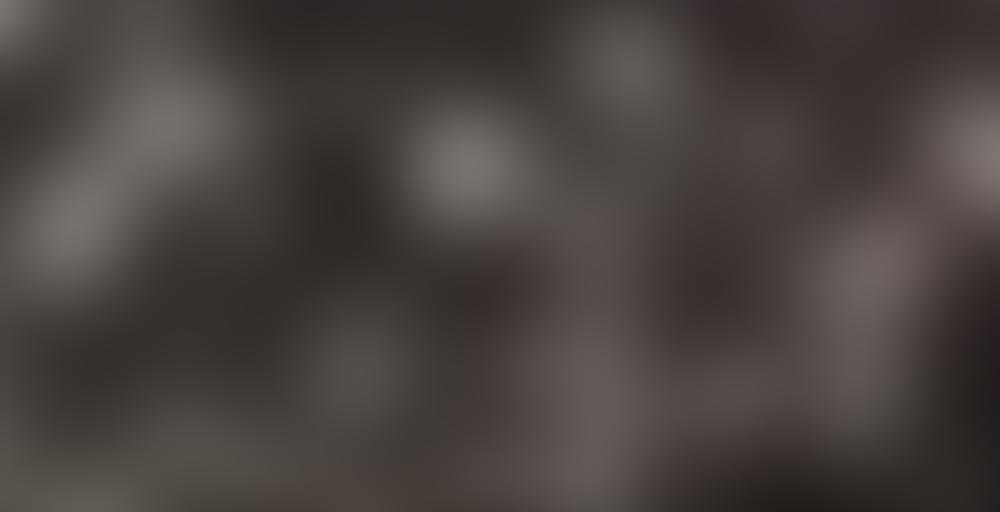 by Mandala Tea
84
You

This rolled black tea provides a warm, soothing, and absolutely delicious way to try GABA supplementation for a calm mind. It starts out as an Anxi, Fujian May-picked organic Tie Guan Yin variety. What makes it special is a processing step that exposes the tea to an oxygen-free, nitrogen-rich environment. Originally designed as a food preservation method, this process has the happy effect of boosting the naturally occurring Gamma-AminoButyric Acid content to over 350mg per 100g of tea. GABA is a neurotransmitter responsible for inhibiting overactive firing of neurons in the brain. It is the body’s anti-anxiety mechanism supplemented in the natural form through a drink that is healthy for numerous other reasons, as well.

The tightly rolled leaves are unique among our black teas – somewhat similar to an aged, well-oxidized oolong with more subtle floral notes. Honey and bakery or pastry flavors are abundant. The aroma can be reminiscent of a warmed, honey-drizzled bowl of “grape nuts”. A very cozy and crowd-pleasing black tea.

Do a 5 second rinse with the same temperature water as used for brewing. Check out the aroma!
208˚ F water temperature
Use 1 teaspoon per 8oz. of filtered water
Recommended three steepings of 1 minute, 2 minutes, and 4 minutes. Alternately, one long 4 minute infusion.

Sipdown #2 of the day (#11 overall) Teacount = 381
This is actually a pleasant cup of tea, kind of sweet, smooth, & grapenutty. There’s also a hint of a roasty coffee-like flavor, which is interesting. I went with two steepings, 3min/5min. Both were delicious.

Regarding GABA, the best ways to up your levels are:
Yoga – which I haven’t done yet today…
Eating fermented foods – which I have! I’m pleased to share that my most recent batch of root kimchi is the best batch ever! I started the crock a week ago, with a mix of carrot, burdock, sunchoke, radish, turnip, horseradish, ginger, garlic, onion, shallot, scallion, & probably a few other things I can’t think of right now. I like to cut each root into it’s own unique shape, sticks, squares, triangle, etc. My talent @ making carrot flowers, which used to grace all my soups when my kids were young, has sadly diminished, so the flowers look kind of lopsided, but they will still taste good, & add interest. Anyway, I had some of the kimchi with my breakfast, & it really is a tasty one, so I’ll jar it up later, & add it to the laboratory (i.e. the fridge in my basement where all such culturing projects are stored when they reach the appropriate level of ripeness. They will keep almost indefinitely, but we do eat them regularly. It’s current residents include cukes, green beans, the last of the pink kraut).

Whew! The window froze when I hit save, for like 5 minutes. I finally hit ‘cancel’, & was pretty sure my note would be lost, but it’s not! Yay!

heh grats on having a giant cupboard lol is that accurate count? :)

I received this as a sample in my latest Mandala order. I had to add the tea to the database so it’s no surprise that this is the first review. I’m not sure what to make of this one. I’m going to have to try a few steeps to see where this one takes me. I’ve only ever had GABA oolongs, and there IS a familiar taste there but it’s a black tea.

This is a rather unique taste. I really am having trouble describing it. Maybe my tea sister will do better since i AM sending her the other half of this sample. yeah….this one is confusing me lol it’s not malty..it’s reminescent of gaba oolongs, but it’s clearly NOT an oolong based on the taste… there’s no astringency but there is a taste there that reminds me of red rose bagged tea if i let it sit in my mouth.

huh. thanks for a unique experience Garret! more to come on this one i’m sure :)

A pleasant surprise! I didn’t love the GABA oolong, but this does add something my black tea spectrum – as described, it IS warm and comforting, very smooth, maybe savory? It feels like a lazy/rainy morning tea to linger over while resolutely not going outside. Or maybe an after dinner tea to settle the stomach. I may just have to keep this one around. And it’s definitely worth trying.

I’ve been a fan of Mandala Tea for a while now. It’s so strange that for some reason I never bought this until recently especially since I love GABA teas. It provides energy but also a feeling of being centered, you know, a peaceful state of mind which I felt was especially needed in the last few days. ^^

Ahh, the tea. The leaves are big dark leaves, the liquor is a golden clear amber. The taste is delicate but flavorful. It’s a light fruity black tea with baked bread and sourdough bread notes with delightful raisin, dried fruit notes. Malty, and maybe slightly tart here and there but I wouldn’t call it sour. The finish is malty, bready, slightly sweet of honey.

It began as a gongfu session and well, I screwed up big time lol. So I added water and continued with 1 min., 2 min., 3 min, 4 min. and a final 6 min. infusion with boiling water.

In other news: I spoke to my mother and she says that my brother is doing better so for that I’m glad especially since being a natural loner, my only real-life friends are my family who is states away at the moment. I will go to visit him in California soon. In the meantime, I have a tea-loving nephew who is taking up a lot of my time. hehe I hope you are all doing well. <3

Glad you have good news! ❤️

Glad to hear your brother is doing better

I hope you and the family have been doing well!

Doing much better. The kid went home back with his father and my mom. Thank you tea-sipper and all <3

I have mixed feelings about this one…It’s a good tea, not too harsh, plenty of flavor. I don’t really care for the mild grape-y flavor in it, though. This time through, the overall flavor I’m tasting is the honey note that other people have mentioned, but the grape aftertaste isn’t my favorite. It’s not a bad taste, or bad tea by any means, just not the combo for me, I think. I’m glad I got to try, and I’ll be revisiting my sample until it’s gone, because sometimes my opinion of teas varies by my mood.

Try this grandpa style at 195 degrees. Just put the leaf in a mug and add the water. These leaves sink to the bottom pretty quickly and make drinking easy. I have not gotten the grape-y flavor in my brewing of this tea. Grape-nuts cereal is a note that I get in this, though, but that doesn’t hit me like actual grape. See what you think about it brewed as above. I’ll be curious to see what you think. Grateful, Garret

Thanks very much! I’ll try it that way tomorrow! I was tasting lots of different teas in quick succession today which might have muddled the flavor a bit, so I’m eager to try again.

Today’s a rainy day, so I thought it’d be perfect to try out this sample.

This tea is interesting because it’s not as “in your face” as black tea can sometimes be. I just threw my sample into my gaiwan, so maybe with more leaf it could be, but the character in this one just seems milder. The description of baked goods is incredibly accurate. I got a lot of sweetness, especially as it cooled.

This tea brews up very nicely at temps from 195 all the way to 208. Grandpa style (leaving the leaf in water while you sip from it) also works great and you don’t even need a strainer as the leaves sink to the bottom fairly quickly. Thank you!!!

Another sample from my recent order. GABA is not really something I’ve heard about, so I went in with no preconceptions. The dried tea leaf looks like little pellets, and the liquor brews up to be a light golden color. It’s honey-sweet, with a touch of ripe fruit, maybe plum or muscatel. On the second steep, the honey note takes over completely. This is a very light-bodied, smooth tea. As to whether it has a calming effect, it’s too early to say, but it definitely doesn’t have much of a kick as most other black teas, and is a nice cup to enjoy slowly.

A great, smooth black tea. It’s got a nice nutty bite to it that makes it stand out from other plain black teas. Great quality, much deliciousness, such tea!

Thank you Garret for this tea!

I steeped it as instructed online: 5 second rinse, 1 minute, two, then four. I really like it. To me, it was very similar to Imperial Pearl by Mountain Tea because it had the same type of roasted character, but with a sweet aftertaste. I want to say there was some cherry in the second steep, but not quite. Honey perhaps? Both times had a wonderful earthy, floral character very similar to an oolong. Also surprisingly nutty, though it’s a considerably light black tea. The final steep reminded me of stone fruits and honey.

I steeped this again the full four minutes, and all the notes that I got from the Gongfu in each brew came at me at once in a balanced way. Definitely better western, and I was even able to brew it again for another four minutes and it tasted almost the same though it was lighter. It was spicy, and fairly complex. The Imperial Pearl from Mountain Tea and this one are almost the same in terms of taste, and both had a dried cherry flavor that lingered on the tongue for a while.

I had some jitters earlier today from a lack thereof working out. I naturally have a lot of nervous energy, and with a lot of tea, the caffeine can get to me….so yay! More caffeine. I noticed though, that this had a focusing effect on me. I wouldn’t say calming, but slowed me down a little bit and reminded me to breath. I see why this is taken before exams.

I had absolutely no idea what GABA was when I tried this sample this morning. I had a very long gong fu session with it and it was really enjoyable. It was malty, roasty, a bit fruity honey, and a bit of a tang. I really liked it! So now that I know what GABA is, I can actually say that this tea did have a calming effect on me. Feeling very zen and caught up on work right now. :) Love it! This is going on my wishlist for sure!

I liked that tea, bought 4 ounces of it.

@AllanK- nice! Definitely a good one.