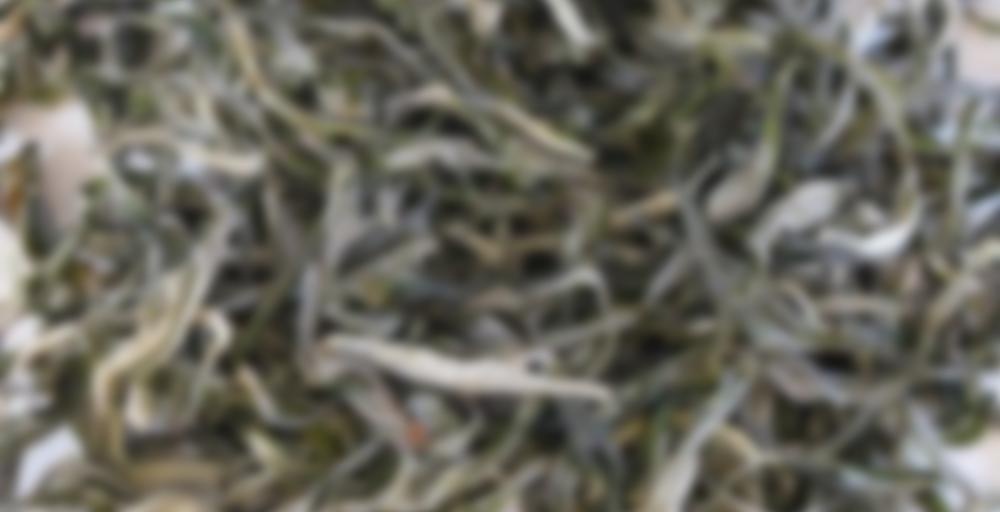 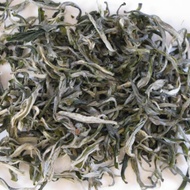 by Mandala Tea
78
You

This is a premium grade, large leaf green tea that is unrolled leaving the leaf and buds largely unbroken. The flavor is bold and nutty, but if brewed lightly can be quite smooth and satisfying. It has a memorable tea flavor that is distinct amidst its other green counterparts making it a nice change of pace yet true to the characteristics of green tea that we love!

Drinking this Mao Feng from Mandala Tea now. Quite different from the last Mao Feng I tried (from Goldfish Tea). The dry tea leaves of these two examples look remarkably different. The Goldfish leaves were uniformly greener and relatively straight, a bit like long thin pine needles. The leaves of Mandala’s Mao Feng are a mixture lighter and darker leaves, less obviously green, and generally wavy in shape. Looks like a very different processing method was used to finish each of these teas.

[Edit: Take note of the comments attached. I’ve been informed that the difference between the two Mao Feng teas I describe and compare is due to their being from two different growing regions: Yunnan and Huang Shan respectively.]

The dry leaves here have a potent and sweet, fruity aroma. Interestingly, that sweet fruitiness is not represented in the flavor. The brewed tea is actually much more savory. After five infusions in the gaiwan, I would say that the predominating flavor characteristic of this Mao Feng is . . . . split pea. Yes, the brewed tea tastes and smells very much like split pea soup. Bold, hearty, and slightly salty, but never in an unpleasant way.

Fascinating. This is so different from the last one. Whereas the last one had me scratching my head in an attempt to associate it’s flavor with something, this one has a flavor that I can positively identify. The aftertaste here doesn’t interest me as much as that of the Mao Feng from Goldfish Tea (that one captivated me). In some ways I feel like this Mao Feng shares more similarities with the Jing Shan green tea from Verdant Tea, than it does with the other Mao Feng I recently tried, which surprises and kind of bewilders me. For one thing, the leaves of this tea look more similar to the Jing Shan green. They also share a slight affinity in taste; on top of the split pea note here I perceive hints of the asparagus note that is often present in the Jing Shan tea. By contrast, the Mao Feng from Goldfish had a much less vegetable flavor, was generally softer, and perhaps more cooling than warming. This one feels warming.

I like this Mao Feng, and split pea is one of my favorite soups. I don’t know that I want it for breakfast, but I think it will be suitable for afternoon or sometimes early evening drinking, especially on cold days. The variance between these two Mao Feng teas is intriguing, and makes me want to try several more of them. I need to get some bearings on this tea.

DELETE less than a minute ago
Hi Geoffrey- Good insights into Maofeng. Most of Mao Feng tea is from Huang Shan, as it is the most famous, but if Garret’s tastes a bit different and more like Verdant’s Jingshan, then perhaps it is a Yunnan tea. Maofeng is just a style of processing. In fact, my Jingshan is processed in the style of Maofeng, and technically falls under the same category. I like the split pea and asparagus comparisons. Many Huangshan Maodengs that I have tried are more on the stone / mineral side of things than the vegetal side. Perhaps that is the cooling sensation you described.

Update- I checked and Garret’s is from Yunnan. I just love Yunnan tea- I think that Garret and I agree on the fascinating complexity coming out of that province. His Silver Needle is from Yunnan, and blows away most Fujianese stuff (except for a Songyang White that gives it a run for its money). The climate and biodiversity down in Yunnan makes for fun tea.

Interesting! What you’re saying makes a lot of sense, David. Thanks for the insight. I was under the mistaken impressions that all Mao Feng teas were from Huang Shan. The divergence between the two I’ve described is much easier to comprehend now. Very glad to know this!

BTW, David… where did you check the source region for this tea? I couldn’t find any reference on Mandala’s website. In any case, I updated the info on here to reflect that it is Yunnan Mao Feng, and revised my rating some on account that this tea isn’t directly comparable to Huang Shan Mao Feng. Part of my rating was based on the mistaken thought that these two teas were from the same region. Thanks again for clarifying things for me, David!

Hi Geoffrey. No problem. I had a suspicion, knowing Garret’s taste to an extent, that he would look in Yunnan for a good Maofeng. His product page doesn’t mention it, but the page title itself, which is in the url, is titled “Yunnan Mao Feng.” If you are ever curious, you can also write to Garret, as he is super helpful and excited to share.

Doesn’t Mao Feng (毛峰) denote that the tea is made up of the picking of a bud and two leaves? I love the Yunnan teas as well, and never have had the opportunity to taste the Huangshan Mao Feng that is so often listed as one of China’s Top Ten Teas. In English, they often translate it as “Yellow Mountain Fur Peak” apparently due to the small white hairs which cover the leaves and the shape of the processed leaves which resemble the peak of a mountain. The best teas are supposed to be picked in the early Spring, before China’s Qingming Festival. I had never heard of Mandala Tea or Goldfish Tea until your reviews—more to learn! :)

@ E Alexander Gerster – Based on the one sample I’ve tried, the Huangshan Mao Feng is very interesting. Try some when you have a chance. I’m endeavoring to educate myself on the qualitative differences between various examples of the same tea. I’m learning a lot here too. I still feel quite young in my tea appreciation, even though I’ve had the good fortune to try a variety of exceptionally fine teas and learn about gongfucha. There’s just so much to discover! In any case, Mandala and Goldfish are pretty small operations, relatively speaking. I learned about Mandala through local connections; and Goldfish I ordered my newest gongfu tea tray from from – with which they sent me a number of samples. It’s was a welcome surprise to find that all the samples they sent me were pretty darn good! Those samples stirred up a big curiosity in me to learn more about Huangshan Mao Feng and Feng Huang Dan Cong oolongs in particular. If you find any good leads on fine representatives of either of these kinds of tea, I would love to hear about them!

Whoa! Guess I missed all the action on this one!! I will have to check what my description was on this mao feng “downy tip”. It is indeed from a Yunnan friend. I have always loved the mao feng he has shipped me these last 3 or 4 years. I used to get mao feng from one of my connections over in Fujian, but since being in Yunnan in 2008 I totally went nuts on teas from that region. I got to sit with many different growers and reps and sample many different teas that year and made some great new connections.

So not only am I more partial to this mao feng over others, but my customers also share in that sentiment and the other mao feng didn’t move for me anymore.

I plan on heading back to China in March and will head to Xishuangbanna to source more raw teas for pressing. Can’t wait to find more teas to ship back and share. This time, though, I will be going with much more experience and money :)