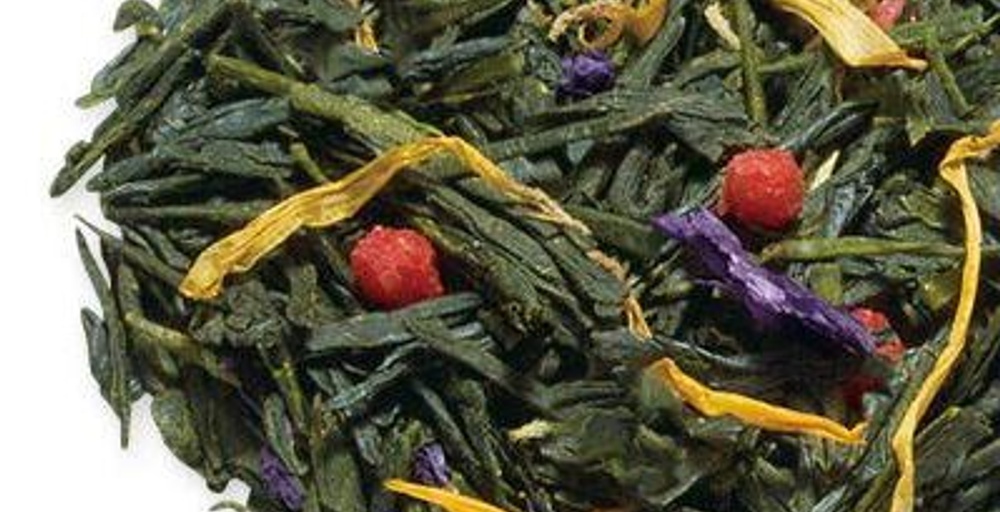 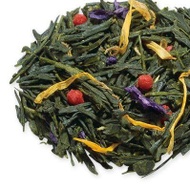 Is grape a winter season flavor in Japan like peppermint and eggnog are in the states? This is the second Lupicia winter tea I’ve tried that is centered around grape. I steeped this one at a much lower temp than Jingle Bells and I got a lighter flavor as a result, but the flavor is really quite similar. The base is different, but the grape is so strong that it’s hard to taste much beyond that. I might be getting a little grassiness in the finish, hard to say for sure. I love Lupicia, but I do wish they would get more creative and diverse with their flavors. Instead it seems like they diversify the base or add a few decorative bits into the blend with the same flavor profile and call it a new tea. This is a good cup, but not something I’d run out and buy.

They sent Jingle Bells as my sample. Must try it tomorrow so I can get in on the sale!

Holiday Tea-son! I opened up my advent tea from Bird & Blend this morning and decided I would prefer that flavor iced, so it is currently cold-brewing in the fridge. So this morning I opted to brew up this holiday tea from my stash instead. This was the other holiday sampler I received from Lupicia last November when I bought tea from their store in San Jose.

It is described as being a white grape/citrus flavored tea, though the aroma I was getting from the dry leaf made me think of berries and pine. After it was brewed, the green tea base had a strong vegetal/marine aroma with some subtle buttery notes, but I could make out some sweeter grapey notes. Personally, the two scents didn’t really seem to go together very well to me…

That said, it was a quite tasty green tea. I’m used to green teas that have those particular scents being a bit overbearing for me and being a little too “seaweedy” for my tastes, but not this one. There is a slight salty/seaweed/marine flavor note, and a grassy, vegetal quality, but a light butteriness as well, and its quite nice and not too heavy. The grape is still that sort of artificial tasting grape that was in the Jingle Bells tea that I don’t really care for… Mostly, the base tea shines the most, with that really sweet grapey flavor pulling out at the end of the sip.

Honestly, I’m not a huge fan of this one, either. I actually really like this sencha, and if I knew which one of their sencha they were using as the base on this, I’d happily get that as a stand-alone tea. But it does not suit having that artificial Kool-Aid grape flavor smothered over it, at all.

I did not like this one at all. Bitter and chemical and just really missed the boat. Cute packaging though. Check out my full review here: http://sororiteasisters.com/2017/07/18/soleil-levant-from-lupicia/

Nasty grape medicine flavor plus grassy sencha? No thanks. I’ve never had a grape tea I didn’t find truly disgusting (including some from Lupicia), so I didn’t have high hopes for this one when I found out it would be included in Lupicia’s 2016 Happy Bags. Still, I figured I might as well give it a try. But nope, it’s just as gross as I thought. Free to a good home!

This was a sample that came with the monthly Lupicia flyer. Opening it, I was greeted by a little cloud of tea dust and a mix of bright, fruity aromas. I was expecting this to be a holiday tea with all the bells and whistles, but the fact that it could be a green tea slipped my mind. But sure enough, it had a distinctive sencha-esque scent too.

Brewing this turned up one of the weirdest colors I’d ever seen. Have you ever seen a green tea trying to be red at the same time? Reddish green without being brown? That was what this was. The flavor of this was decent. The green tea base is savory, a little umami, a little seaweed-ish, which are all things I’m happy to find in a nice smooth sencha. The contrast with the fruity flavors is interesting, not what I’m used to, but it doesn’t clash either. The fruit notes are fresh and recognizably Lupicia. In particular, this has got to have some of the same stuff as Napa Blanc in it. Sweet and light, not cloying, but a little candy-like. I would recommend this more as a spring or summer, rather than winter holiday tea.

I am apparently unable to resist Lupicia Holiday Tins. I love those cute little things, and theres a fair number of their holiday teas that I really like, so I always pick up a few.
Which means that Lupicia has also sent a sample along, and this was it. Unnervingly I could not find it on Steepster, so I added it.
I’m not the worlds biggest fan of green tea, but I do love Lupicias fruit flavorings, and I’m still in “pour hot water down the gullet” mode, so bottoms up!
This is very mild, both in its green tea base and in its fruit flavor. As with so many things that Lupicia brands as their holiday blends, this reminds me much more firmly of spring and summer flavors.
I’ll hold off on reviewing this, as I’m an imperfect judge of green tea, but it was generally nice to sip.