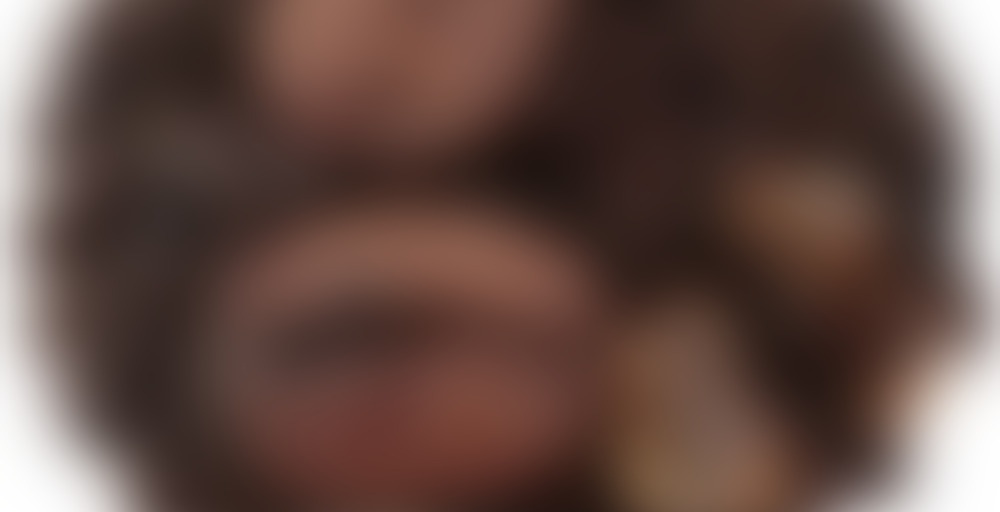 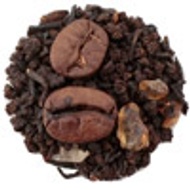 Thanks for this one Amanda!!!!

This has a strong coffee flavor but also has identifiable caramel and sugar notes. I can also taste the black tea base, too!

The ratio’s of Tea/Coffee are nicely done. If I am not getting 50/50 – it MAY be 60/40 Coffee/Tea. The Caramel and crystals are on the assist…and nicely done, as well.

For purpose – alone – I score this one high. I understand what Lupicia is trying to do here and I think they accomplished that.

Because I’m not much of a coffee person I won’t personally rate is in the 90s for personal/palate-liking. If you are a coffee person you just might find this AMAZING. I can really take coffee – mostly leave it. It’s not that I hate it. But Tea is far better in my book! This IS quite create, nicely done, ratio’s are right were they need to be, and it IS a nice cuppa. It does leave a bit of a funky coffee aftertaste, tho.

Oooo sounds good…I might have to try this one.

Thank you Will Work For Tea for this Sample!

I’m catching up on my reviews now that Steepster is working fine again.
Hello all! Missed you’hooo!

This is my spiff up day. I put on a dress and heels, try to look a bit respectable but not flashy (don’t want to call attention to myself just blend in) and off to Church.
The drive is one of the most spectacular I’ve ever seen. There is open space set aside…long stretches of fields between Fort Collins and Loveland so that you have total unobstucted views of the Rocky Mountains. The Mountain Peaks jut up higher and higher in layers to just over 14,000 ft. and are snow capped much of the year. Breathtaking!

When I returned blessed twice with the Liturgy and the Rocky Mountains,
I wanted tea. Of course!

The Lupicia Caramel Macchiato Tea had coffee beans mixed in it. Uh huh!(You could keep some of this around for those “doubters” who have not come over from the dark side to the light.)
My steeping went a little long (I like it this way). A nice roasty coffee/tea. I must say, this had a strong coffee flavor. Mocha and caramel, much smoother than a cup of black coffee would have been.

I added a good bit of cream and some sweetening for a cuppa Joe/Tea.
This was pretty good.

Not too tea’ish if you want tea that tastes like TEA.

wow interesting tea! I want to give this tea a try. :)

Sounds yummy!
The Rockies are breathtaking, I have only seen them on my side of the border, in BC and Alberta. I love taking photos, and I have some pretty pictures of those mountains!

I have seen some B.C. mountains…and then …well ALASKA is pretty fantastic!!! I’m sure you have lots of the same…and your Rocky’s are part of the same too. I want to go to Banff! What’s so cool about where I am, is the Rocky Mt. National Park is 45 minutes away from the Frontrange flat land. I can go up from 5000 ft. Hike a trail (well not me…too old and ill) in a day up to 12000 feet and have a good time seeing elk and mountain long horn sheep etc. The Elk run all over town in herds up in Estes Park. Yes, Photos! Post some of yours!

I don’t have my photos on any websites. One day I will put them on a website, and then I will post them for you to see!

I’ve always been curious about these tea/coffee blends I see. I drink coffee sometimes; I am most definitely not a coffee or tea person. Obviously, I prefer tea but I won’t turn my nose up at coffee.

I have a friend who works for a coffee roastery and it bothers me when he tries to polarize it because I’m here like give me either as long as they taste good to me!

This one I am not sure about. I want to love this but the caramel flavor is reminding me of coffee out of a rest area vending machine. There is just something weird about the way it smells. Fake fake fake and cheap. I added milk and agave hoping it might make it taste better, but it hardly helped…so I dumped it.

If it wasn’t for that, this would be so good.

Thanks, Will Work For Tea!

I didn’t realize I was so low on this! Had just enough to make a large, tasty mugful. It was nice and strong – black tea that was over-powered by the coffee flavoring and a nice caramel undertone. Rock sugared and half & half! This is what I want when I don’t want the full effects of coffee, but want it for the taste.

Kind of bummed because I thought I had a back up package of this when I placed my last Lupicia order… Sadly I don’t… :( goes to check out Lupicia site.

Okay another one I am getting to try courtesy of Ricky (Thanks Ricky!) This one is so reminiscent of coffee it is undeniable. I set the Breville and walked in to pour me a cup and the smell in my kitchen took me back to 1992 when I still lived at home and my mom had just discovered flavored/gourmet coffee’s. I felt my hair to make sure I didn’t have that wave that I use to create with my bangs like I did in the early 90’s nope no wave (thank god).

On to the coffee uh I mean tea yeah tea! It is a nice chocolaty tasting tea with strong hints of yep you guessed it coffee I feel the need to add milk and sugar but that’s not my style so I’m drinking it straight it’s not bad it’s quite good but I don’t appreciate the fact that it makes me want to add milk/sugar that’s exactly why I don’t do coffee!

I would drink this tea again but not order it by the pound or anything. It would be great tea for guests (or my mom) who usually drink coffee which happens quite often around my house. Oh and it must have good amounts of caffeine because I am typing like 3 times faster than usual. Thanks again Ricky!

I could so see some of you making latte’s and such using this tea.

You’re welcome! I think the instructions tell you to use milk :)

I would like to swap tea with people . im in the u,s,a and i would like to get my friend teas from around the world for christmas, can any one help me or point me in the right direction,

Who doesn’t love a macchioto in Italy or elsewhere, even? “Macchioto” means “marked” and a traditional coffee macchioto is a deep espresso “marked” with a touch of milk, a swirl of white, a bit of milky foam.

Lupicia has a knack for naming teas and I found this irresistable. It’s an odd brew, but not an unlovable one. The aroma says coffee and the caramel is evident as well. I added some milk, but was too impatient to foam it. Bringing the cup to my mouth, I could swear I would be drinking coffee. But yet….it’s tea. And here I’m grappling with some cognitive dissonance. I think of Hamlet’s lines about “mighty opposites.” Can the mighty opposites cooperate and meld into one sweet brew? Or are they, like Hamlet and Claudius, in inherent opposition?

The “final Jeopardy” round is over. The buzzer goes towards opposition. This makes a weak coffee. It makes a strange tea. It makes me long for a full-bodied caramel tea.

I am not giving this a low rating, however, because I think it succeeds in fulfilling its intent. And I am looking forward to a second steeping.

SECOND STEEP: Looks, smells, and tastes like very weak coffee. I won’t throw this out, but will probably give the rest of the package away to a true lover of the “coffee tea” blend. In this case, I am a segregationist. PM me if you want this!

This makes me want to run to Starbucks. I don’t have this tea, so an actual caramel macchiato is the closest I could get.

I received this one from Toi Toi. I love trying teas that are labeled coffee kickers or teas that try and mimic the specialty coffee drink. As a coffee lover as well it is really hard to find a tea that would replace coffee for me. Since I don’t drink the frou frou coffee drinks. I do have a soft spot for caramel. The dry aroma is potent, and I like that coffee beans are incorporated in this one. Pretty good straight up. There is an odd chemical taste to it. I don’t know if it’s the sugar crystals or not but it’s a little un-natural. It is though one of the best “coffee blends” that I have tried. It’s even better with Matevana and Dr.Teas Coffee tea mixed in. Decent.

This one sounds really interesting.

A very interesting tea. Was pleasantly surprised to see real coffee beans in the tea bag! This has the taste and aroma of coffee + caramel and I think it’s not too far from caramel macchiato you find in Starbucks! It’s a tea that can tempt tea lovers to try coffee and coffee lovers to try tea :P

I reach for this tea when I’ve got a hankering for coffee but there is none to be found. This tea has a deep, bitter note with lighter hints of caramel. Be careful not to oversteep because it gets extremely bitter very easily.