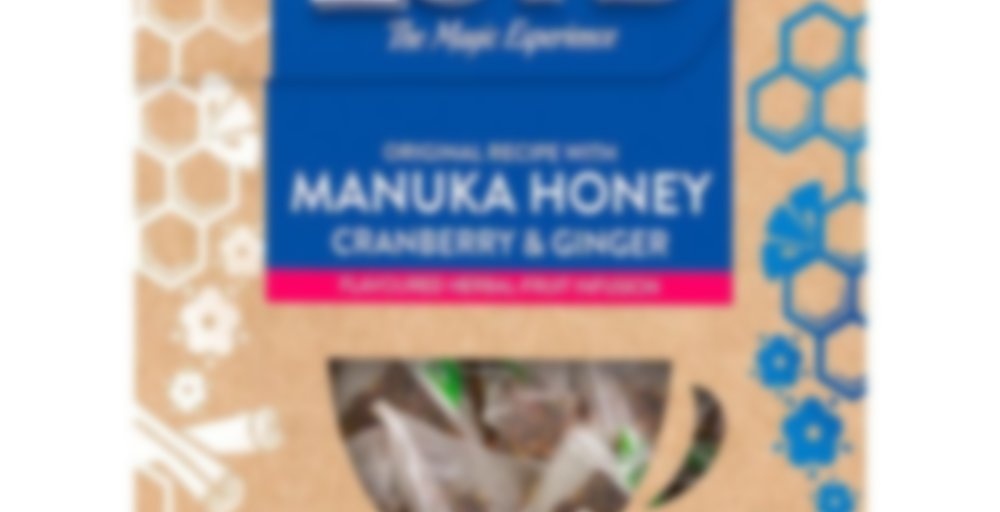 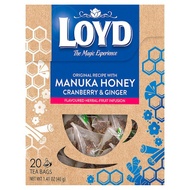 20 Silky Pyramid Infusions loaded full of flavour and just bursting to get out. The delicious flavour of Manuka Honey combined with the rich colour and zing of Cranberry & Ginger a mouth watering combination to savour.
Our teabags are not only transparent to allow all the flavour to be enjoyed but are also fully bio degradable, as a family business we not only produce the finest teas we take great care for the future.

Thanks to ggmathis for sending this, among many other teas! Reached for it as a bedtime tea, since the bags were small enough to look like a herbal instead of something with 3 grams of regular tea in them. Upon taking a sniff, it smelled like rooibos, which is something I’ve had maybe twice in my life. (Tastes too medicinal to warrant frequent drinking, personally.) Steeped it in boiling water for the same length of time it took to wash off some well-steeped Nepal Golden Meadow from earlier and divvy it up between the worm bin and isopod containers. About 5 minutes, probably? It smelled intensely like honey.

Tastes like drinking straight honey, too. Almost concerningly so. A bit disappointed at the lack of cranberry, since I love strong cranberry flavors; and I couldn’t find much ginger, but the honey was s t r o n g. Wonder if it had something to do with the steep time. Pretty solid cup of tea if you’re into drinking a cup of pure honey without the subsequent 400 grams of sugar.

I am totally non-scientific and don’t pay any attention to steep times, but I will next time around just for comparison purposes :) Often, I just drink this one with bag-in-cup.

Succumbed to temptation (“no-tea-till-the-weather-changes” ban forgotten) when I found this at our local Tuesday Morning store (a.k.a. the place where I never go to buy anything I need, but always walk out with my hands full anyway).

Due to its sweetness, this would be suitable for a party tea with my new crop of fifth grade girls, but it has some grown-up merit, too. It’s a rooibos blend with fruits that aren’t tart, the honey feels thick and satiny, and the hints of ginger show up at the end of each sip, just warming your tongue a bit.