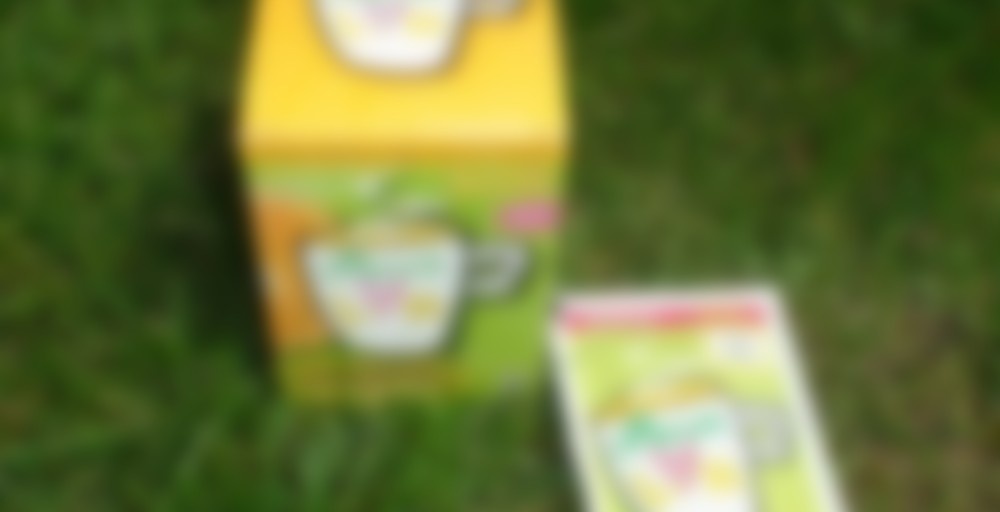 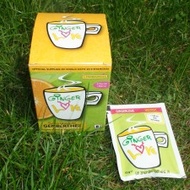 GingerLove is the Official hot beverage on the Belgium-EU pavilion on World Expo Shanghai 2010.

I’m actually really surprised by how much I like this one. There’s just enough ginger in it to give it that bit of a bite and the orange in it is just sweet enough to balance it out nicely. It did remind of Tang but I don’t find it sickly sweet like Tang. I hope to find a way to get more of this one, need to have some on hand in my cupboard.

Not a tea, but a tisane, and this probably has a fair amount of sugar in it. That said, it is quite tasty, and I can see this as a good “go-to” remedy for folks when they are sick.

GingerLove is packed in a beautiful box with 8 sachets.
Have look:
http://www.youtube.com/user/GingerLoveRecipes#p/u/4/3w_0PkGBpfo

Will buy me a box next time I’m in Lombardia. But what’s the ‘fruit on a stokske’ you put in it? Won’t do without it!

Dear Gerd, Thanks the nice comment! You can also buy GingerLove online now. The fruit ’on-a-stokske" is a piece of sundried mango or pineaplle. Grtz, Alain

I had always mango then. Sundried? Didn’t know it exists. Makes it even more special. Order online? I’d rather pay you a visit! ;o)

Indeed, the mango is really delicious in GingerLove. I will wait for you! grtz Alain

Why do I get the distinct impression that a few of the accounts below me were created just to bump up this score? Seeing as they have one-word reviews and only one tasting note each.

Onwards… This is actually pretty tasty in an unhealthy sort of way. I’d say it’s a cross between Tang and straight ginger. So if they made a ginger Tang, it would taste like this. But, gosh, I hate individual serving packets as a general rule.

But I digress. This is good, but not something I’d want too often. I get plenty of sugar elsewhere in my diet, so I avoid it in my beverages.