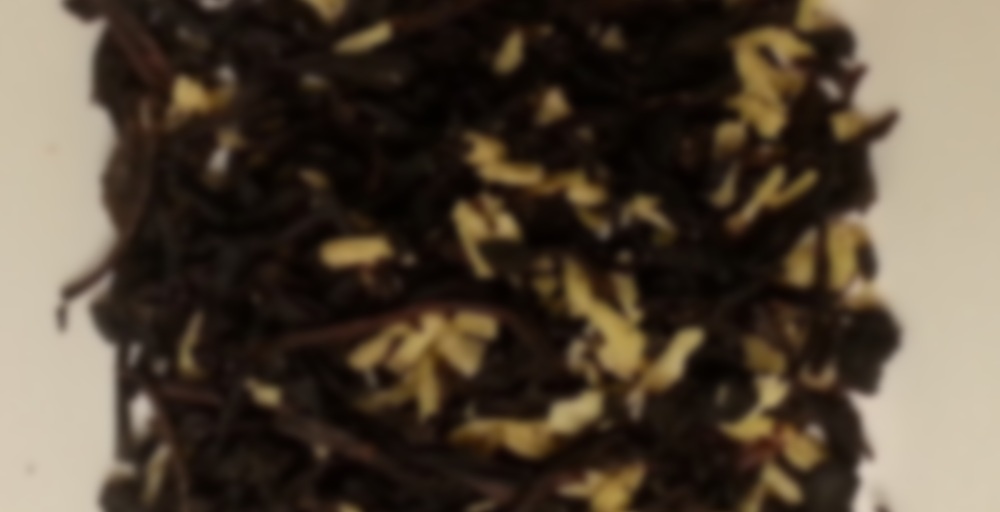 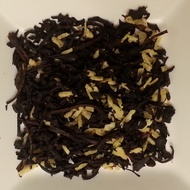 This is an almond and coconut black tea blend I bought from a local tea store, Lily Chai Tea, that opened recently. As I already have the Paromi Coconut Almond blend, I brewed both under the same conditions to compare.

The dry leaf mixture for both look about the same—black tea with a lot of coconut and almond shavings. The Snow Flake smells much more prominently of sweet almond, a very marzipan-like aroma, which I love. The Paromi smells more like a balance of the two, but more like cocoa than either of the ingredients.

Both teas brewed to the same amber-orange color, and both had some minimal droplets of oils from the coconut and almond float to the top…ah well, that probably won’t hurt. Even though I had two visually identical cups, there was no mistaking which was which by the aroma. In terms of flavor, the Snow Flake blend definitely favors the almond as well. It’s very smooth, and I can taste that the black tea itself is of fairly good quality, crisp with a natural fruitiness. The Paromi is richer and slightly more astringent, with the flavors more difficult to tell apart from each other but working well as a mix.

Overall, I prefer the Snow Flake more as a summery breakfast blend, though both are enjoyable. If anyone is in Orange County (southern California) I’d recommend checking out Lily Chai Tea, they have a lot of creative blends as well as unblended teas, and the staff are helpful and not pushy at all.