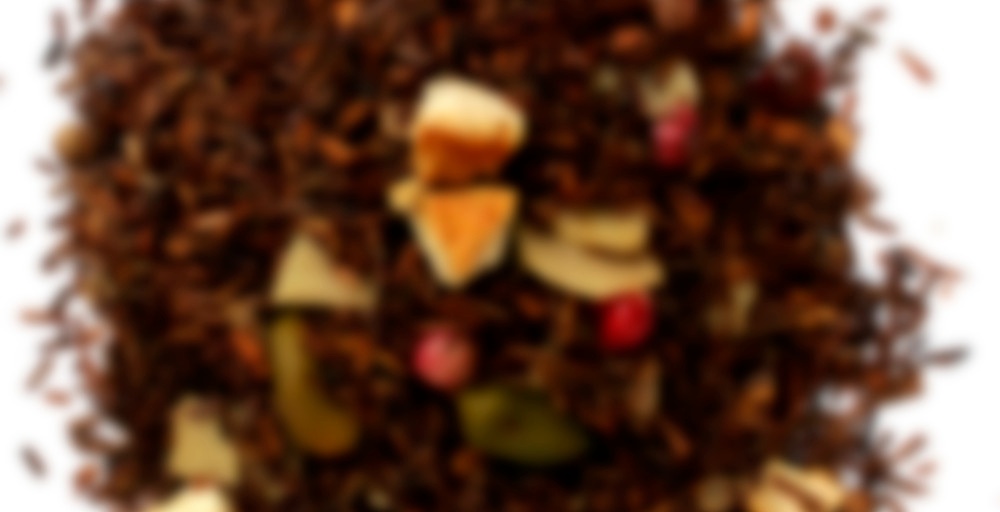 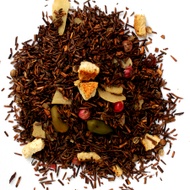 This one is a surprise bestseller and one of the most popular in our range. We often recommend it when a customer asks for something ‘completely different’. The contents resemble something like an autumnal forest floor. The flavour is mellow, sweet and nutty.

The gingerbread aroma evokes the seasonal character of a German Christmas market, or – in the right wind, if brewed exactly to specifications – an evil stepmother’s puzzlingly edible house in the woods. Indeed, all the little berries, nuts and other bits and pieces that accompany the rooibos would not look out of place bejewelling an exotic gingerbread cottage.

Rooibos Gingerbread Orange is such a celebrity in our range that it is sad it doesn’t have its own legend – it really deserves one. It isn’t old enough to have featured in an old folk story, discovered in some dragon’s lair or by a shepherd, so we’ll just have to create one right now. Why not use as a starting point the old tale of the Gingerbread Man, told to generations of captive infants.

Let’s continue the story: The fox enjoys the tasty infusion of gingerbread and river water so much that he goes to visit Hansel & Gretel’s stepmother in her gingerbread cottage; his fur coat gets matted with nuts and berries along the way, mingling with the late Gingerbread Man’s crumbs. He spies Hansel & Gretel wandering in the forest. They are lost, hungry, and, er, South African, with only a flagon of rooibos to drink. Sensing his next meal, the fox pounces but brave Hansel bashes him on the head with the flask, and in that mingling of aromas a legendary drink is born.

All of which happened a long time ago in a time of heroes. It is certainly very difficult to get lost in most forests in England these days, and the only sense of creeping dread is that you have forgotten to pay and display in the visitor’s car park. So let us celebrate gingerbread and Rooibos Gingerbread Orange for it folklore, its mystery and over all its legendary taste.