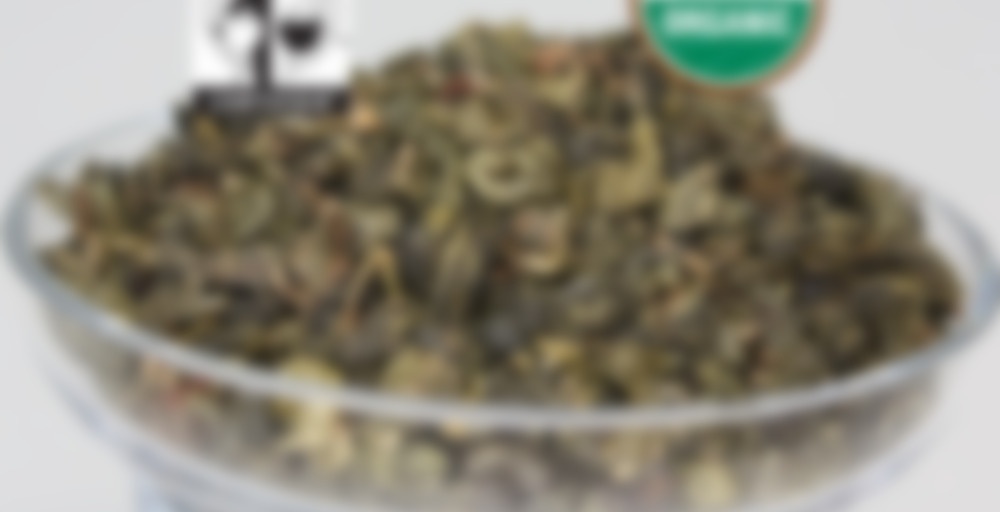 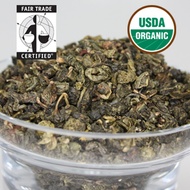 by LeafSpa Organic Tea
85
You

A fine competition quality certified organic oolong tea. The leaves are dark-green rolled into small pearls which unfurl beautifully as they brew. This tea yields a delicious floral-blossom flavor and aroma. Treat yourself to this special vintage Oolong — priced this month only at 20, off — before it disappears forever. This Oolong was produced by the Koslanda Organic Tea Gardens which are located in the cool, misty mountains of Sri Lanka’s Uva District. This estate, home to 596 workers and their families, has been producing ‘the green gold of the mountains’ since the 1950s. The Koslanda estate transitioned to 100, organic and biodynamic production in 1992.

well, it’s the morning and before I start social networking i prefer to have tea in me!

Last night I brewed Jasmine Pearls in my everyday teapot. and this morning, this tea still smells of jasmine. That is pretty remarkable. This tea is great. The taste is quite complex and reminds me a tiny bit of green tea. The tea steeps up a slightly herbaceous,yet woody/fresh taste. There is a sweetness, but it is more on the back end of my palette. After I swallow, the tea’s finish is this wonderful lingering sweetness that makes me want another sip!

steeping this tea is like steeping a nugget of gold. the leaves unfurl and you just know by looking at it what you’re in for. the taste is amazing. light but complex at the same time. one of the best oolongs i’ve ever had. and literally my favorite tea at this point in life. plus, i can steep this tea at least five or six times and each steeping is a different experience. i love this tea.

A very earthly beautiful tea. Some time went into these.

First tea I’ve tried in my gargantuan order (thanks for the 50% off!) from LeafSpa.

As it’s been mentioned so far, this a very light Oolong both in appearance and taste. However, light isn’t a bad thing. Very complex, herbal, slightly peppery and refreshing with the sweetness lingering at the finish. A great, unusually (to my limited tasting experience at least) fresh and tasty Oolong that would please Green tea drinker.

Overall, very happy with the purchase, it complements my Oolong stash very well !

I was looking around for something else to cold brew and decided to try this. Even though it’s December, it’s nice to have something cold available to drink. And this way I don’t have to rely on Diet Coke for something with flavor. It’s also cost effective in a stupid way. It’s a sunk cost because I already bought it and have had it sitting around doing nothing, whereas Diet Coke is an incremental cost because I haven’t already bought it. I have to think about such things while looking for a job. ;-)

I haven’t actually tried this hot yet — in fact, I cracked open the tin, which I’ve had for a while, yesterday for the first time. It’s been in the fridge for about 24 hours and I just strained out the leaves.

I’m sure when I bought this way back when I was thinking to myself, Sri Lankan oolong? That sounds pretty interesting. Let’s try that.

I suspect now I’m too much of a purist to go there except perhaps in the small sample size rather than the metric ton size.

As a cold brew, this is pretty tasty. It’s got a flavor that is not nearly as toasty as the Se Chung was, but isn’t really a green oolong flavor either. There’s no milkiness or butteryness, and it’s not obviously floral. It’s very fresh tasting, almost green tea or darjeeling-ish flavor, but not as strong and not nearly as wine-like as darjeeling.

The leaves unfurled to a huge size. So big that when I strained this, I lost about a fifth of the volume to water displacement from the leaves.

I’ll try it hot eventually, of course, but it’s doing a very nice job as a cold tea.

That’s good thinking when it comes to costs! I’m the same way with diet A&W root beer. I’d go through more if I didn’t cold brew for sure haha.

I know, right? If I already have it, I’m only out the money if I don’t drink it. LOL