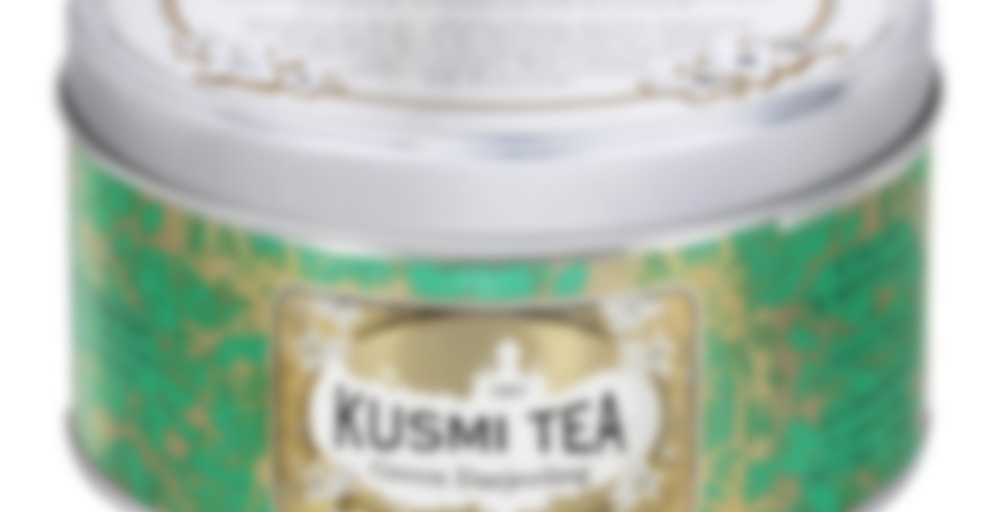 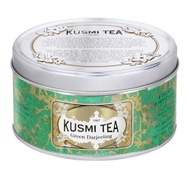 Delicious plain or sweetened, this subtle tea from the Arya tea garden produces a fresh and remarkably mellow tea. Darjeeling is a favorite with tea lovers.

I had this one a while ago, as broth for soup. It was pretty good. Not a big fan of green teas, so I wouldn’t go out of my way to get it, but not too bad.

It made really good broth for my soup. :)

Another café cup of tea, and I think brewed unfairly hot. A generously sized teabag in a mug with water from the cofee machine and it was OK. And actually pretty nice, even brewed that hot it was not bitter.
Not really a tasting note, but just a small note to remind myself this was actually nice and a decent choice.

This is certainly interesting – the closest comparison I can think of is a sencha. It’s vegetative and sweet, but also almost pickled(?) tasting. I’m glad I have another bag to experiment with, because I really haven’t made up my mind here after two steeps.

Soft, floral and far more interesting than many green teas from this area.

Another tea from my assorted selection of teabags (good quality muslin kind) that I bought to brighten up my work day.

Online it’s described as having a floral taste, and yes, maybe slightly. What I noticed, though, from smelling it, was grapefruit. It tastes of grapefruit too, but only lightly. There’s the slight texture of green tea, a stronger texture than black Darjeeling, but not by much.

I have a feeling I’ll be buying this after I’m done with the samples.

I’d like to preface this review by making clear that I’m hardly an expert on straight-up green teas. Anyway, I felt like this tea was just another that made me think “a green tea is a green tea!” I know there’s some pretty different-tasting types on the market, like jasmine and matcha, but this isn’t one of them. It had a strange aroma that reminded me a bit of baking soda combined with dried grass, and the taste was pleasant but not really memorable. I like green tea, so this isn’t a negative review—it’s just one that confesses that I didn’t find this much different to other green teas I’ve had in cafes or bagged supermarket brands. My experiences in those contexts haven’t been negative, but Kusmi is a bit premium, so I guess I would’ve expected that the flavour of this might have something different. It’s very slightly fruity at the beginning, but that aspect was barely noticeable. It had a pretty “Japanese” flavour for some reason, and I think it tastes the same as genmaicha but without the rice bits. That probably sounds stupid, but what I mean is that the tea in this must be the same tea that’s based on. It’s very grassy, though not in a particularly fresh, sweet kind of way, and has a bitter, green aftertaste.

As with other green teas, this really does get bitter when you over steep it. The grassy flavour ends up being a combination of grass and sharp bitterness after maybe 10 minutes (“Who steeps their tea for 10 minutes?!” you ask? I like to try things a number of ways, and tasted it throughout the process, to see what would end up happening). Be mindful of that (even though this is not as easy to do in this case as it usually would be, because the water doesn’t get flavourful for a little while), and perhaps don’t expect this to have an especially unique flavour. It also didn’t really work re-steeping this. There was little flavour on the second steeping and it was a bit like drinking slightly bitter hot water.

I had it unsweetened and without soy milk, which always seems like the only way with plain green teas. It’s that kind of experience.

One of three free sachets that Kusmi sent with my recent order.

Despite not loving green tea in general, this one wasn’t too bad. I definitely think that, based on my previous experiences and this one, green Darjeelings are more weighted towards the flavour notes that are distinct in typical Chinese greens rather than Japanese. This one read as very grassy to me, as well as having lemony undertones and timothy hay notes. It was pretty smooth, without any real astringency.

It made for a nice thoughtless cup to sip on while watching The 100 with roommates and nomming on some vegetarian Sushi. Green tea in general tends to work well with sushi, and in this case it was the lemon notes pairing the best with the food. A Japanese green would have been more appropriate, but this was still quite good.

Bag: The muslin(cotton weave) tea bags are packaged in individual plastic foil backed bags. On the label they have the brew time and temperature in Celsius.
Tea: Brewed at about 175-180F for 3.5 minutes the tea is a light green color. Aroma was mild with a light floral scent and the scent of pine nuts. Flavor was a floral with a very mild vegetal taste common with green teas. Astringency was low.
Notes: This tea was from the Kusmi Tea Essentials pack of 24 teas, and each tea bag was about $0.94usd. I usually find Darjeeling teas too floral for my taste like eating a handful of flowers. This was just right though, I would buy a couple of oz.

I’m back from the Bi Rite grocery store in SF. I didn’t buy any wine (good for me) but I bought more tea which I probably don’t need (bad for me!!)

Well, I don’t have any green darjeeling teas so somehow felt I was able to justify this. I’m a little bit underwhelmed by this blend. I was hoping for a lot of flavor but it’s fairly light. It has a nice vegetal sweetness with some floral notes and a definite “bite” at the end which seems sort of citrusy and reminds me of lemon. I really think I need to try cold brewing this, some amazing flavors might come out of the cold brew. For a green tea, it’s ok but now I wish I didn’t have a whole box of it. I should have known better since my experiences with Kusmi have been very hit or miss.

p.s. Review is for the muslin sachets and I got a decent 2nd steep out of this

The second green tea today and the second ancient bag. This one was also from Fleurdelily and therefore a couple of… years… old. By a funny coincidence when I posted from the queue this morning that was also a post about a green darjeeling, a much newer one than this one, and having just read that post again, I can totally recognise it in this cup as well.

I’ll take that as a sign that this one carries its age quite well, then. It’s got that lemon pith-y bite to it on top of something that is sort of generically green tea. I shared some of the other green darj (the one I posted about this morning) with MissB who found it apricot-y. I can see what she means with that now. I think it’s mostly lemon pith-y, but I think it’s the same note that we experience slightly differently. I can totally see how it could be apricot-y.

This has a bit of a floral touch as well, which I thought the other one didn’t so much, but that could be differences in the harvests.

I definitely got the lemon from this!

I wonder if it might be a characteristic of green darj…