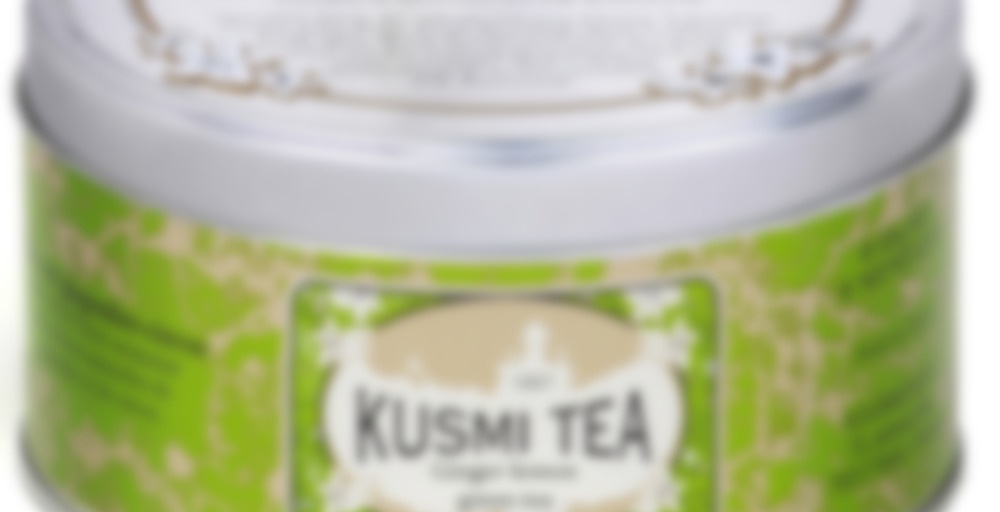 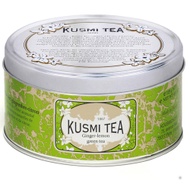 Green tea from China flavored with natural essences of lemon and ginger.

Tasting advice: delicious plain or sweetened. Can also be drunk iced in the summer.

I had Ginger Lemon tea and very lovely company on my flight between Rome and Stockholm; double win. (Or maybe even a triple win, because I got two steeps out of this bag.)

Now I feel a little Romesick, because that’s where my tea stash is. <3 My pretties! My sweet treasures! I will be back soon.

Delicious! I have a viral cold or bad allergies. I usually can’t tell the difference. (sigh). I wanted to try something new, but I opted for green and something with ginger and lemon. Oh wait! I have Ginger Lemon Green Tea right here! Yummy. I can sort of taste and smell the lemon. :)

Thanks, Ricky, for this tea in my Hoppitea surprise! (And after reading your review for it… gee, thanks a lot.) ;)

Dry the tea smells slightly tart. It’s a fresh green, with a hint of ginger. 165/1.5 min. The steeped tea is somewhat cloudy. I can definitely pick up on the lemon scent. It’s the most pronounced flavor in the taste as well. The ginger is there, but it’s very light. It would be nice if it were a bit stronger. The green, however, is really good. It’s a leafy taste. The lemons pairs well with it. This is a terrific afternoon pick-me-up tea. Very nice.

I’ve tried a few different lemon and ginger-type teas, and they have had the advantage of being caffeine free, but this one’s flavour is the best, for sure. I had it sweetened and it has a pleasant grassy kind of taste with just a hint of lemon and some slightly stronger gingery notes over that. Ideally, the lemon and ginger would be stronger (particularly the lemon, which is kind of a ghost here), but this way, you can appreciate the taste of the tea leaves, so fair enough. You could also just add some of your own fresh lemon and ginger too, or mix it with another tea that has stronger ginger and lemon elements I guess. I may have been expecting the flavour to be a bit different because similar teas I’ve had in the past have had ginger and lemon as the only thing going on. As it is, it has a very pleasant aftertaste of a lemon and ginger candy or something similar. Something that was really nice about this tea is that I’ve had problems in the past with what I feel is a kind of staleness or overly dry, bland kind of taste to ginger in tea. Maybe the green tea adds some freshness to the flavour that prevents this. I was pretty glad that this tea didn’t have that aspect! To me, the main drawback to it is its lack of lemon, which is disappointing because lemon goes so well with green tea. You get a tiny suggestion of lemon at the end of a sip, but otherwise, it basically tastes more like a ginger green tea to me, though a well orchestrated one that I’d probably buy again.

This tea has a really soothing, subtle feel to it. “Peaceful” would be a good description of the vibe of this tea (the vibe, but not the effect—it could just be the fact that even a single cup of tea will really wake me up, but I had two or three cups of this today and even though the taste was peaceful, it certainly didn’t have a calming effect! Don’t drink it at night!) A word of warning: I always over-steep stuff, and this tea wasn’t as forgiving as many other teas are. Its flavour was still great, but there was a bit of a noticeable bitterness that may have been prevented had I watched the steeping time.

I like ginger teas and this one tastes exceptionally good. Ginger notes are present but definitely not overwhelming. Sliiiightly spicy, sliiightyly tangy. I brewed it over a slice of TeaVivre dried lemon. I thought it had a great balance with the citrus notes but since I like things sourer I prepare it this way now. It is a refreshing drink and energy lifting. I bet it would be great as an ice tea.

This is not bad. It’s somewhat bitter. I can taste the lemon, the ginger, and the green tea. I definitely prefer lemon-ginger herbals, though.

A steep of two minutes seems short enough to avoid most bitterness in this case. All the same, I was never fully satisfied with the amount of flavour I got out of this one (though I would like to try some from a fresh tin before I totally write it off). Unlikely to buy more of this, particularly as I’m not actually sure if there’s anywhere that stocks Kusmi in Halifax, but I did enjoy my last cup.

I put four teas in the fridge to cold steep this morning, and this was one of them. I have to say, I’m very impressed with this iced. It came out a slightly murky pale green with a brown tinge. I added some syrup and it tastes remarkably similar to ginger ale, but without the carbonation. I think I actually prefer it without the bubbles! The ginger tastes lingers in a pleasant way and the lemon is very mild and lovely. I could see myself drinking this chilled regularly. I guess I know what’s going to happen to the rest of that tin! :)

I do like it, but I like ginger beer better. It’s more a nostalgia thing. There is a ruin that is supposedly a site of its early production along the Bruce Trail ( a hiking trail along the Niagara Escarpment in Ontario), not to far from where I live. I remember that trail because at that time there were caves and crevice s in the rock face where I was told there was ice that hadn’t melted since the last ice age.

Interesting – I’ve never even envisioned trying this one cold. Now I will have to!