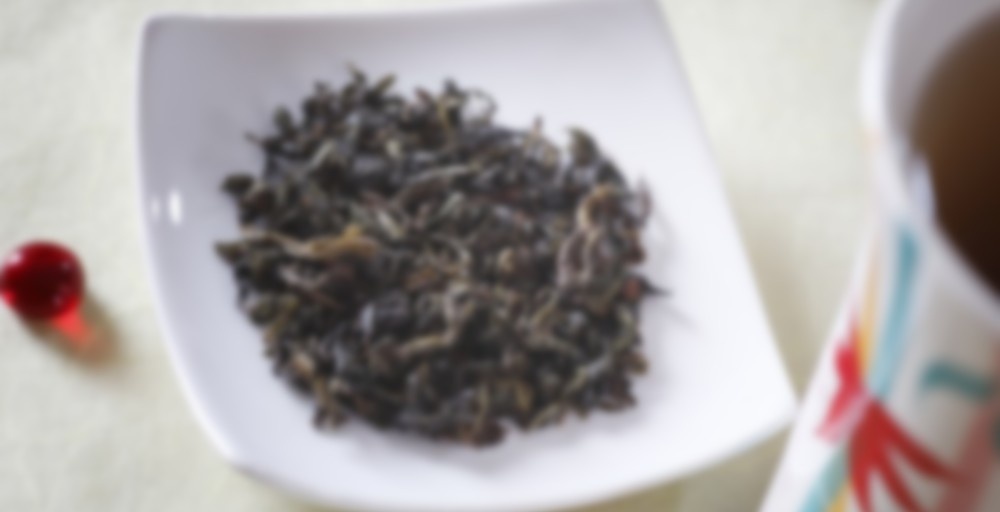 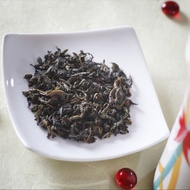 Empress Dowager Longyu, who lived from 1868 to 1913 was said to have this representation listed as her favorite tea. This remarkable Dan Chong grade Oolong boasts clean, delicate notes of orchid – befitting the refined tastes of royalty – balanced astringency and long clean finish. Like all Oolong teas, Queen’s Oolong is semi-fermented, meaning it falls somewhere between green and black teas in terms of color, strength and flavor. From the first sip, it becomes abundantly clear why this tea was a royal favorite.

This aroma is a cross between a sweet flower and peach. It’s lovely.

The taste is delicious! It’s gentle, sweet, flavorful with notes of fruit and flowers but a sweeter flower. Towards the end of the sip hints of sweeter-malty honey seem to kick in, too!

This is VERY nice!

I’ve become accustomed to drinking particular teas “grandpa style” (or “Laoshan style”?). I don’t think gs is an “official” term in the tea drinking world but I read it on a very well-written blog (whose author is also on Steepster, btw):

and decided to try it. I’ve found that I actually prefer drinking particular teas straight from my glass rather than steeping my tea in a separate infuser or my dinky little $12 ceramic yixing. Drinking good tea this way feels more natural, like I’m more connected to the process. Yes, the process of brewing the tea and focusing on the steps and being more “centered” and “in the now” but…also the connection to the farmers, the tea bushes/trees themselves. Drinking this way makes me feel like I’m the last link in the chain that started, literally, in the roots of a plant in the ground of another country on the other side of the planet. Does anyone else feel that way or think about that? Am I losing my mind? Contemplating metaphysical dualism after a few cups of good tea wreaks havoc on your existentialistic philosophy.

Anyway. I’m pretty sure this is a Wen Shan Bao Zhong (or Pouchong) Oolong. The leaves are not rolled up tightly into small, dark green and sometimes glossy nuggets like traditional Dong Ding. The tea is literal loose leaf, shards and thin twirls of dark, almost black pieces. Its an amalgamation of textures and colors that took me by surprise. Looks good, though, different than what I am used to. I’m always willing to try new things.

Little bit of peach fruitiness, the light sting of muted acidity. Then there’s that lingering sweetness on the lips, light and pleasant. Sometimes with Dong Dings, I get a thicker sweetness and less acidity. I like this better. There is more of a nuanced lightness. This is a delicate and simple tea and one I find myself passing over in my tea library because I always want to save it for later. I might have a new favorite.

Apparently, Empress Dowager’s story is pretty sad. Long story short: her decision and obligation to keep imperialism and ancient tradition active, rather than accepting the change knocking on the doors of the Forbidden City from the outside world, resulted in “not only the downfall of her dynasty, but of the entire tradition of imperial government” <http://www.newworldencyclopedia.org/p/index.php?title=Empress_Dowager_Longyu&oldid=800342>.

Now she has a tea that breaks typical oolong tradition named after her.