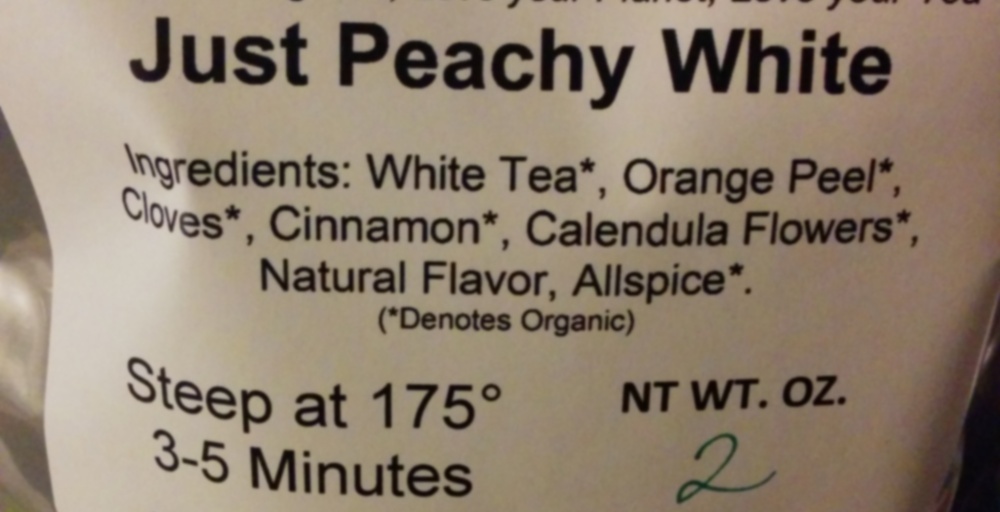 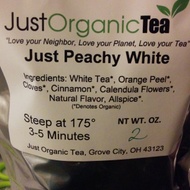 by Just Organic Tea
69
You

Ok whew, this does have spice in it. I was wondering if this got contaminated in any way because the first sip resulted in mass confusion. Why does a peach tea taste like cinnamon sticks? Then of course, upon looking up the ingredients list, I really this thatI’ve been misled. It’s an odd name to give to a tea without peach, regardless of the meaning.

I’m not as peachy keen on the flavour as I am on the scent. This smells much spicier than it tastes. It’s like a Christmas Yankee candle. The base is extremely light. I can’t even notice it.

Not Recommended
Lauren | A Quarter to Tea
53 tasting notes

I’ve had this several times now, and just haven’t figured out what to say.

The biggest reason being that it’s not a peach tea. Or apricot. Or stone fruit at all.

I was definitely deceived by the name, and it’s pretty clear I wasn’t alone in this. Perhaps a name change would do it some favors?

This is more like a floral white tea, with strong (and dominating) cinnamon and some suggestions of other spices.

I’ll probably try mixing this with a peach white at some point to see if I get something peach cobbler-y from it, at least.

I’m starting to think they meant peachy as in that’s just peachy and not as in a peach white tea. This is pure cinnamon to me. It actually makes the roof of my mouth itch. Definitely don’t taste peach at all. I will be passing the last cup of this on to someone who might enjoy it because I did not.

I remember looking at the ingredients and feeling doubtful. But I had recently tried another peachy white from another company that I enjoyed greatly, so I took a leap of faith…. and was disappointed.

This tea is not at all reminiscent of the peach fruit, even of it’s close cousins the apricots. I wonder if the company was trying to convey an peachy as in the adjective, and not the ingredient. I would not have chosen this tea based on how it is.

The dry tea is very fluffy, as white teas tend to be, and at least they packaged the 2oz in a larger packet to account for that. Dry I get the smell of alot of cinnamon and cloves. Brewed, I just get cinnamon. White tea and cinnamon. Overall the effect is ‘this is what I would put in a peach cobbler, but it’s not peach. Not even close.’

This might appeal to someone, but it isn’t “my cup of tea”. You might find it wandering around in a TTB after I’m through with it. I would also suggest a name change please.