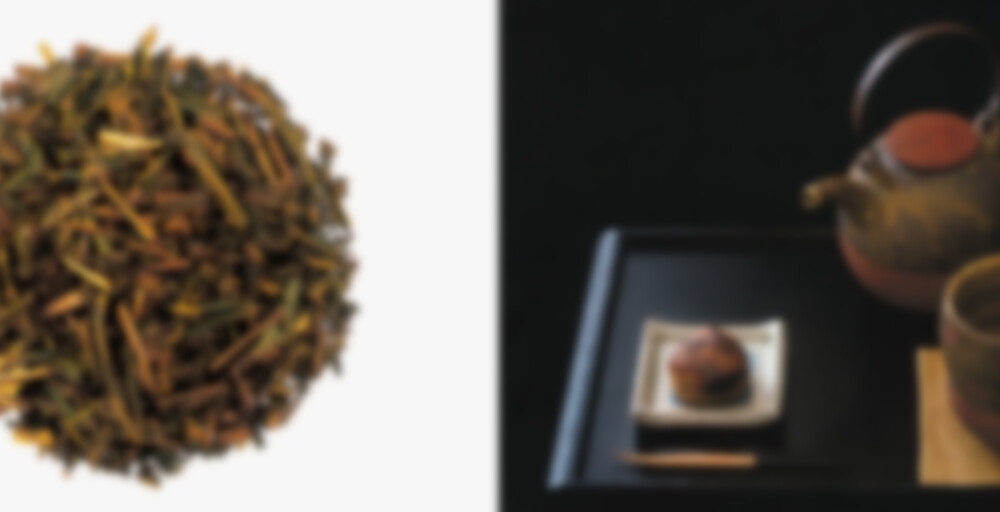 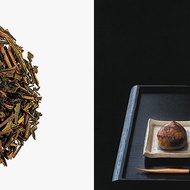 This roasted green tea is very popular in Japan, and increasingly so in the U.S. This tea has roasty, nutty flavor with less caffeine.

Roasted at a high temperature, this tea gives off a very pleasant fragrance and produces a gentle sensation. It has less caffeine than other green teas and is gentle on the stomach, and has a lovely brown color.

Sampler September! Another offering from the PDX Tea Fest fundraiser bag. There was a set of three Japanese green teabags (Genmaicha, Sencha, Hojicha) by Jugetsudo, and I really felt in the mood for a cup of houjicha tonight.

When I opened the package, the single sachet teabag had a trifling amount in it, and what it did have could in no way be considered “leaf”… it was all powdery fannings. I’m a fan of hojicha, but I like big, full, leafy hojicha, so I already wasn’t impressed.

Unsurprisingly, brewed up it is the weakest cup of hojicha I’ve ever tasted… like a faintly woody water. What is there of the flavor hints at a good hojicha; a nice roast, walnuts and caramel, woody without turning barky. But it is just far too weak.

I am guessing getting the loose leaf of this same tea would be incredibly pleasant, but the teabags from this company leave much to be desired. Though I don’t care for the somewhat “barky” edge of Yamamotoyama hojicha teabags, I would definitely take them over this.

Sad. The worst I’ve had so far was Mighty Leaf hojicha, but I don’t even remember much about it other than disappointing.

oh, how disappointing it must have been for you. I love good hojicha.

I do too! I may just make up for this by pulling out my bag of Obubu Tea Farm Dark Roast, brewing it thicc, and then adding warm and frothy vanilla almond milk and a dash of maple syrup.