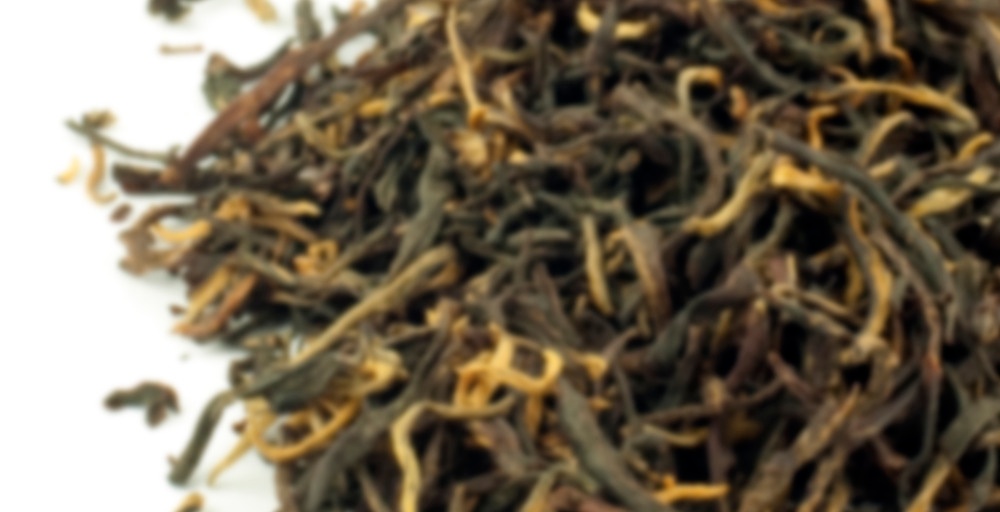 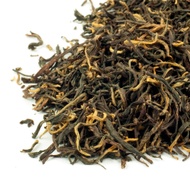 by Jenier World of Teas
84
You

A wonderful tradition lies behind Golden Monkey China Black Tea, sometimes referred as King of Panyong Congou. In earlier years, the local overlords, known as Taipans, insisted this tea had to be picked by golden monkeys that inhabited the local forests. The tea was very rare and was consumed by the Taipans as they believed it gave them enhanced sexual agilities – just like the head monkey of a golden Monkey troop! Now we can’t promise that, but we can say you’ll enjoy a wonderful, full bodied tea of exceptional quality.

Of course I got some of this with my order. And of course it was a double quantity compared to all the others. Of course. Not doing that would have been like… not breathing.

The aroma is quite mild. Mostly it has a wood-y note, and I’m not noticing too much of the cocoa and grain that I otherwise associate with Fujian, but it seems to be there in very small amounts. It’s like I can sense it more than I can smell it. Or perhaps I’m just so tuned into it having to be there that I’m making it up? I don’t think so, though. I think there are trace amounts of it there.

Anyway, the important thing is the taste. Yes, aroma is very important, but it’s still only 30% of the experience. If the aroma was lacking the grain and cocoa notes, then the flavour has them in spades. Especially cocoa. It’s the primary note here, and all the wood and grain is going on underneath the cocoa.

I’m quite pleased with this. It’s my favourite ever type of tea, so it’s bound to score high on that alone (see the first paragraph of this post), but I really think that this one can rub shoulders with some of the best tan yangs out there. It lacks just a bit more body to push it towards the full 100 points, but we’re very close.

Golden monkey is also my favourite! So tasty… :)

Oh dear – I just placed my second order with Jenier earlier today, and seriously considered this one, but decided against. Mistake, clearly! I’ll probably be ordering again anyway and will know for next time.

Thanks to Angrboda for this sample!

Up until now, the Golden Monkey tea’s that I’ve tried have been disappointing. Somewhat average tea’s that are malty but lacking the cocoa taste that I can easily get with other Fujian Black tea’s.

Although Angrboda commented that the aroma wasn’t very fragrant, my less than petite nose perked up right away. I noticed more than cocoa coming from the dry leaves. There was a sweet brown sugar candy scent that smelled delightful (like walking into an old fashioned candy store).

Prior tastings of ‘other’ Golden Monkey tea’s left me with the rather odd aftertaste of super dark baking molasses.

I can see why this tea is a favorite of Angrboda on a cold day in Denmark!

It is quite lovely, I’m glad you liked it. Husband has quite fallen for it as well, which is always a pleasant surprise. I can never predict what teas he likes and what he doesn’t. Take cocoa-notes for example. He’ll LOVE it in one tea and find it super astringent in another, where I will think the two teas in question are highly similar and almost interchangable. Some Ceylons he even says reminds him mostly of tomato soup. I’ve stopped trying. He’ll just have to live with being the guinea pig, then. Generally though, whenever a tea develops a nick name, it means he loves it. This one is Molten Gunkey, which admittedly doesn’t sound very flattering. :p

A sample from the lovely Angrboda! I’ve been bad about logging my tea lately. Mostly because I ran into a bit of time that everything tasted flat and I couldn’t pick up anything other than “tastes like tea”. But that’s all fixed now so hopefully I can dig into the remaining samples and new-to-me teas that I have.

This one… Wow. First off, I wasn’t really expecting anything super awesome because the smell of this one initially struck me as twiggy. I’m not a huge wood-in-my-tea fan. But there was also some raw cacao to the smell so I was hopeful.

Upon sipping, though, I was kind of knocked back. The smell is mild and pretty but the taste? It’s bold and kind of smacks you in the face. The tartness was what I first noticed. It’s that semi-sour note that I’ve found in a number of Keemuns – kind of a mix of an underripe black plum (or maybe lemon juice without the citrus aspect) and a tiny hint of tar. Not lapsang-levels of tar, mind you. Perhaps it is a raw cacao taste, but this seems too silky and heavy on my tongue for me to think of raw cacao (but it’s too dark to be even an 80% dark chocolate). That thickness & richness makes me think more tar-like thoughts, even if there’s no real smoke or char note in this.

There’s a lot of bittersweet going on in this, too. The sweetness in this is somewhere between blackstrap molasses and burnt caramel and there is a delightful grain note that seems very much liked the caramelized barley the husband uses in beer making. All dark, rich, heavy notes that hint at sweetness but never really get there.

Even the feel of this tea is dark and heavy – like rolling around in a chocolate bar commercial. You know the ones where they use satin sheets rippling and flowing to show you the silky sexiness of the caramel in the candy bar? It’s like that. Heavy, rich, decadent, sophisticated and quite sexy.

This is one sexy cup of tea. It’s so dark and rich with the not-quite-sweet-but-not-quite-bittersweet-either that it’s pretty close to overwhelming. It’s a tea that is worth a post-cup nap. Or a cigarette.