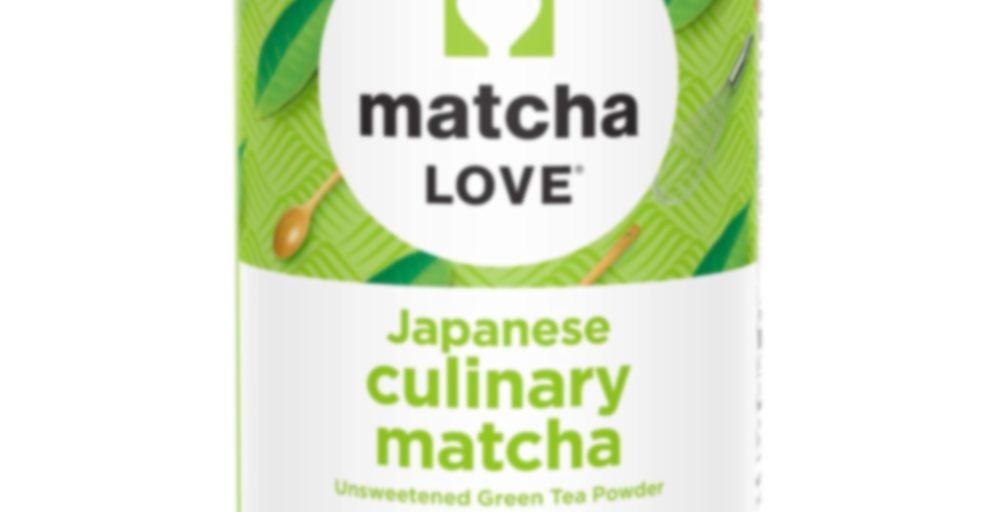 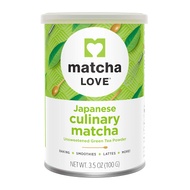 Aspiring cooks can now enjoy the purity of the entire green tea leaf in a variety of recipes! Discover the umami taste and subtle grassy sweetness of matcha in baking or cooking-both in sweet or savory dishes.

So I’ve been drinking a lot of this lately.

Turns out I love Matcha Lattes. Either that or I’ve been drinking so many that I’ve grown to love them. Either way, the single-serve packets weren’t enough anymore so I graduated to a canister.

Now, I’m going to admit, I have next to ZERO experience with Matcha. I’m very new at this stuff. So I’m going to relate how I make a Matcha Latte… and It is, in fact, all wrong.

1. Fill an empty water bottle with cold milk
2. Measure out 1 tsp of Matcha
3. Add Matcha to Bottle
4. Add 2 Splenda Packets.
5. Shake the bejeezus out of it.

Anyway, with that preparation in mind, this stuff is pretty much the same as the single-serve packets. I honestly see no difference. I’ve also prepared this in water and it’s pretty strong when made in water. Huge green flavor. But without the milk to temper it, it’s pretty offputting (to me). So I almost always make it with milk.

Now, with milk. I have tried about every type of milk imaginable with this. Every time I have to almost throw my shoulder out shaking it before it dissolves. I don’t have this problem with Water (boom, instant swamp), but with milk, I swear for the first minute of shaking it looks like bubble tea the clumps of matcha are so prevalent. Taste as a latte though is really good. Great froth. Love the froth. Foamy goodness.

I haven’t tried this hot yet, so I can’t give my opinion on that yet. But I will say that between this and the matcha latte’s at Starbucks, this one is more smooth and mild.

Take it as it is. Like I said, I’m new to this realm of tea.