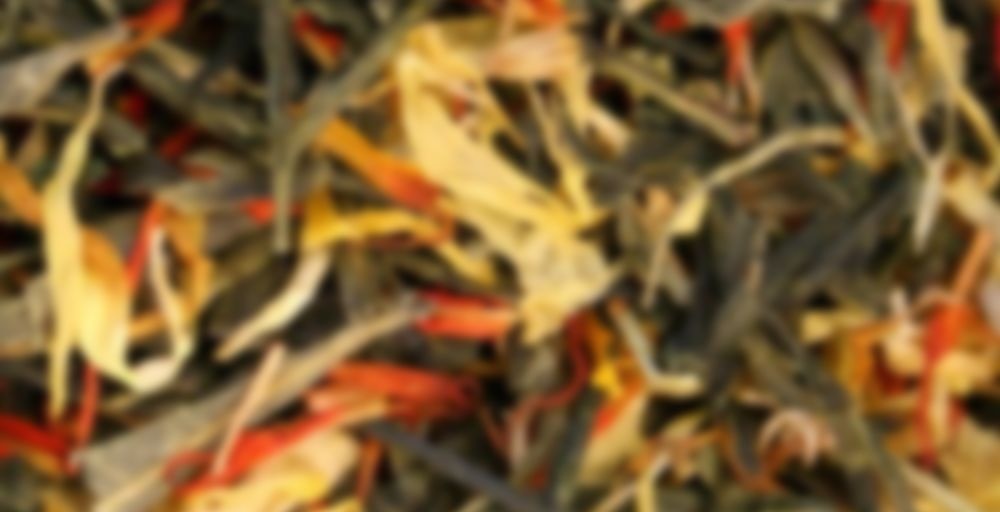 by International Tea Importers
66
You

This Chinese pan-fired green tea with safflowers, marigolds, and plum and pear flavor is a well balanced and refreshingly sweet cup that’s delicious both hot and iced.
SKU#: FG-009

This is another of my older Snake River Tea purchases, and another blend wholesaled from ITI (just search “Green Plum and Pear” to find lots of reviews for this tea from other tea shops, since New Mexico Tea Co., Mahamosa, Roundtable Tea Co., and others all source this blend from ITI).

Other than occassionally taking a warm cuppa first thing in the morning, I’ve pretty much been drinking lots and lots of cold brew lately, and flavored greens are good cold brew material for me. The leaf for this smelled a bit odd to me; I’m not sure if it’s age (though I wouldn’t put that past it, since greens don’t hold up the best, though the Moroccan Mint was bought at the same time and that held up okay), but I can only describe the aroma as… rotten fruit. Like, it doesn’t really smell of plums or pears to me, but a fruit bowl that has been out too long. I sort of get pear, but not crisp, juicy pear. It’s just… odd.

The tea also is just… ya. This is not a favorite. It does have more of a pear-like flavor coming out on the sip, but it’s reminding me too much of mushy canned pears, which I don’t like at all, rather than nice, crisp, juicy pears. I suppose one would say those things taste the same, but to me, they somehow don’t. I don’t really get a plum note, because I would expect there to be a nice tartness coming through, which I’m not getting. I almost wonder if these two flavors just don’t really mesh to my palate, and are coming through together as something else… which tastes a bit too much like mushy pear/rotten fruit. Or maybe the base green is just a little too old and bringing a mustiness that is throwing the flavors off; hard to tell, as I’m not really getting a musty or “off tea” note, just… a weird flavor taste. Really hard to make the call here. But I don’t really like it.

I only had an ounce though, so I’ll probably trudge through it making liters of iced tea until it’s cleared out of the cupboard.