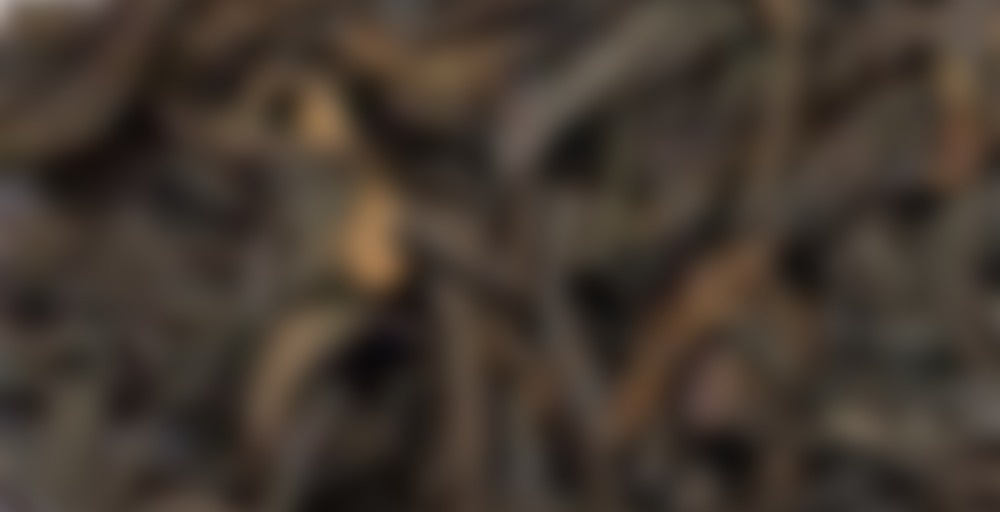 by Indigo Tea Company
71
You

Pu Er is the only tea that improves with age, and the only one that actually undergoes a fermentation. The tea starts as either a green or partially-oxidized tea that is dried and then piled up beneath a damp cloth and “fermented” for days or weeks and then dried again. This type is of Pu Er is called “shou” or “mature/ripe” Pu Er. (Another type is “sheng” or “unripe,” which is stored for a long time until the flavor ripens slowly in the humid climate of southwest China.) Pu Er tea is sold as a loose tea or is pressed into a mold to create various shapes (bricks, wheels, bowls, mushrooms, etc.). Compressed tea was easier to transport long distances in earlier times. The result of Pu Er’s unusual processing is a very earthy, full-bodied tea similar to a black tea.

The Chinese have long considered Pu Er tea medicinal and good for quenching thirst, digesting oily foods, reducing cholesterol, detoxification (as a diuretic), aiding in weight loss, among many other things. Recent research on the benefits of Pu Er have been stimulated by reports of exceptional longevity found in Pu Er drinkers in Yunnan Province where the tea is produced, as well as by the health of Pu Er drinkers in Tibet where the diet is lacking in fruits and vegetables.

Yunnan Pu Er is stronger than our Organic Pu Er tea, and is good for numerous infusions.

So, this turned out to be a bit of a funny mistake. I pulled this one from the T&C TTB because it was labeled “Yunnan Peru.” I thought, hmm, a Peruvian tea? Sounds interesting. So I steep it up without consulting Steepster first, and it smells like wet dirt. It also tastes like wet forest dirt. Then, I thought, wow this tastes a lot like the one other puer that I have tasted. When I finally look it up on Steepster, it of course is a puer. I should have known right away. If I had known it was a puer, I probably would not have tried it because I don’t have that appreciation for puers that other people have.

So long story short, I accidentally drank a puer, won’t rate it because I’m not a fan of puers.

First Pu-er ever! Man, I’m just ticking off my list of firsts:P tehehe.

I’ve got to say….this kind of tastes like dirt to me…>.< or maybe the unwashed, uncooked outside of a beet..mm, no. Not my cuppa tea. Maybe I’m doing something wrong… but I’m not a fan of it. At all. Since obviously I’m not well versed enough in pu-ers to rate this one, I’m leaving it unrated.

Did you rinse it? I think you’re supposed to rinse first? Someone please correct me if I’m wrong.

Is that what the trick is?? I’d love to know to give this tea a fair review.

I feel like I’ve read on Steepster somewhere that you’re supposed to rinse Pu erhs? I’m not sure though. Hopefully someone with experience will see this thread and set the record straight :-)

That’s my understanding, too, mj. I have only tried “gringo” pu-erh so far (in blends and bags), but when I muster up the courage to brew one of the tuo cha (or whatever they’re called), I’ll definitely rinse first—because it smells like horse manure!!!!! If only I were kidding…

hahaha, well, I’m glad that I’m not the only one who is experiencing this issue. Guess I’ll have to look for this thread and try again:]

Yes, like mj said, definitely rinse a few second. Pu’erh is an aquired taste, but a good quality one is not supposed to taste like “dirt”. Never heard about IndigoTea so I can’t comment but I strongly recommend Mandala’s if you ever want to start getting into pu’erh :-)

I was slightly freaked by the dirt/horse barn flavor of my first puerh, but somehow it won back my favor and I love shu puerh now! The rinse is super critical, both for the flavor and for hygienic purposes, the way that puerh is processed at the farms is pretty… rustic. ;)

Honestly, I don’t fancy the flavor. It doesn’t come off as earthy like most green teas do. It reminds me more of green beans. However it isn’t so bad that it’s going to sit in my cabinet. I’m going to try different steep times and see if that does anything.
Many people, including myself, think of it at first as a green tea. As I looked into the background on good old Wikipedia I found out that it is actually in two classifications and some people only classify it as a post fermented tea. The whole history and information on the tea is quite interesting if you have time to go and read it: http://en.wikipedia.org/wiki/Pu-erh_tea