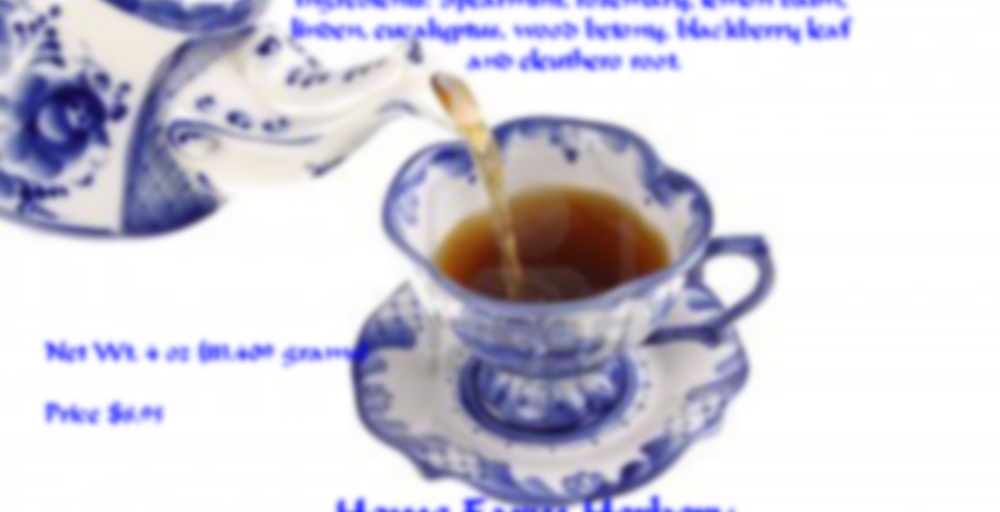 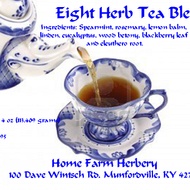 by Home Farm Herbery
82
You

With Eight Herb Tea, our Home Farm Herbery special blend is comprised of spearmint, rosemary, lemon balm, linden, eucalyptus, wood betony, blackberry leaf, and eleuthero root and the result is a mild green cup that explodes with health benefits too numerous to list here! A full body tonic, Eight Herb Tea is also quite enjoyable, with its fresh clean aroma when you mix together eight different herbs synthesizes unique relationships and creates amazing new flavor combinations. Try this today and be delighted with the flavor and aroma.

FYI: Eleuthero is a woodland plant native to southeastern Siberia and the Korean peninsula, and adapted to the damp forests of British Columbia, Washington, Oregon, and northern California. A relative of the more famous red ginseng, eleuthero has been used in Traditional Chinese Medicine since about 190 AD. It became a widely cultivated herb after its use as an adaptogen (an herb that helps the body adapt to stress) was discovered by a Soviet scientist named Brekhman in the 1940’s. It was dispensed to entire cities in Siberia for 10 weeks in early winter to prevent colds and flu, and used as a treatment for radiation exposure after the Chernobyl accident.

We thank you in advance for your purchase as all our net proceeds go to St. Jude Children’s Research Hospital.

This Eight Herb Tea Blend was also in the World Value Pack I bought from Home Farm Herbery and this light green tea is packed with the most amazing tastes and aroma. I could really become addicted to this tea except they have so many wonderful kinds to try.