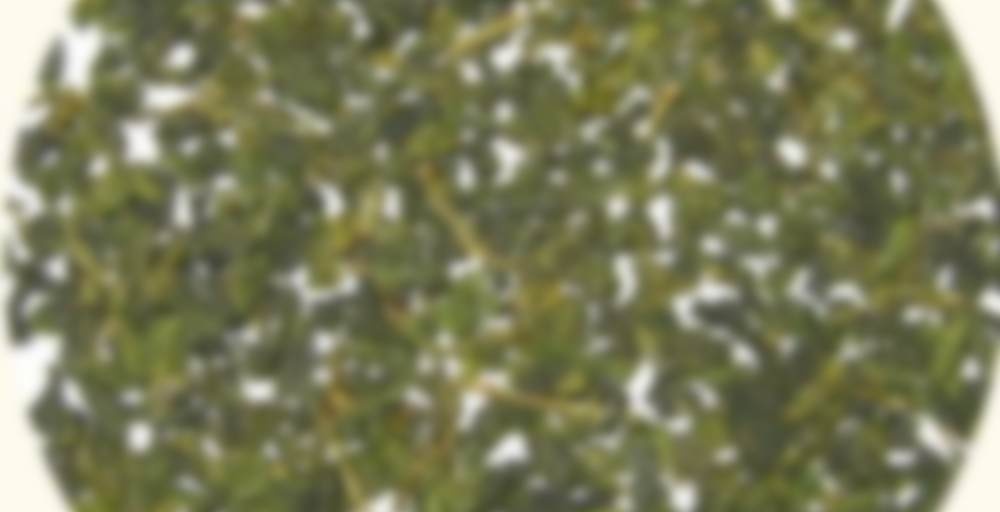 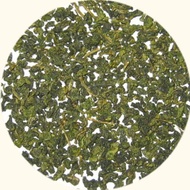 by Holy Mountain Trading Company
83
You

The aromatic bright khaki-green leaves of this unique tea create a fine golden brew with a creamy aroma, surprising light milk flavor and a round finish. Use spring water at a temperature of 80° to 90° C. (180° to 195° F.) and multiple short steepings.

The entire day at work, I found myself wanting tea, and when I spent my 15 minutes of break mentally sifting through the samples of tea I could remember receiving, this one popped in and I have been craving it for the nine or so hours since I thought of it.

This is a sample I got from Carolyn almost a year ago [yikes] and I haven’t finished it because whenever I’ve gone to order it, it hasn’t been there. [It is now, I see.]

Not wanting to waste an opportunity, I pulled out Sorabuddy and decided to take some pik-chas. [Do not know why I decided to spell pictures like that, but it’s how it sounded in my head and I think the tired is starting to take over, so bear with me.]

As I waited for it to steep, the anticipation built until it was almost unbearable. But then, as I was pouring it out, I became nervous. Would it be as good as I remembered it being? Had it held up after lying in a box for so long?

Eff it. I’m drinking it anyway.

And I wasn’t disappointed. Creamy and milky, with more of a floral aroma and flavor than I remember there being previously. The milk is predominant, though, and that is why I prefer this one quite a bit more to Serendipitea’s.

At times, I get other flavors sneaking into this tea. A hint of sticky rice, a slice of bread, a few kernals of buttered popcorn, a sweet strain of honey. But mainly, it tastes of sweet cream and milk, and it does so rather gloriously. The floral taste I can’t quite place, but it’s something low and perfumed, like gardenia or maybe plumeria.

Ugh, I don’t know if I can express to y’all exactly how tired I am, but I keep falling asleep as I write this log. I promise to do four tomorrow [this promise is more to myself than you guys since nobody really needs to care about this besides me and my accountability buddy whom I hope will not maim me for this infraction], today was just out of control and I am oh.

Combined with my physical and mental exhaustion, this tea is like the equivalent of drinking a glass of warm milk before bed. Speaking of which, holy crap it’s already past 12 AM and I really do need to go to sleep if I’m going to get up on time tomorrow.

Urgh, sorry this log turned so crappy, but I’m going to stop it before it starts to become nonsensical on the cloud bed past quarter of morning. Stretch before you go to the steamer truck stack boat. And in conclusion.

This tea is damn good.

ETA: Unable to finish my cup last night before sleep took over, I drank the remainder of it this morning. It really is much better hot, but retains that buttery, milky quality even significantly cooled down. The floral notes become a little louder and there is a hint of something almost grassy but probably closer to spinach.

One, that sounds so tasty. Rice, bread, honey, popcorn? Sold! And two, no maiming but only because I see a 2.3 above. Sadly, the devices of torture will stay put away in the closet for now.

(Ha, I went to add this one to my Shopping List… already there!)

Brilliant! They have it now, I really should buy it while they do…

Next week. If I successfully complete one full week of TFS, I will buy it as a reward. There we go. JUSTIFIED.

That’s a brilliant plan! I mean, decupboarding is really its own reward, but to be used as an excuse to buy more tea is genius.

I’m almost out of this tea, but I’m enjoyng what I have. I love the unusual creamy floral fragrance and taste.

I’ve been using the sample you sent me sparingly until I put an order through and know I have more coming my way. Very om nom nom.

Another interesting tea steep tonight. This would be my third time having this tea and so far this is the sweetest the tea has been for me. I’m increasing the rating because the mouth feel is a bit thicker this time and it’s slightly more sweet and very buttery. I’m looking forward to re-steeping these leaves tonight!

the word “milk” in there sets you up for a really smooth cup of tea. maybe it is a bit of suggestive powers, but i totally tasted milky hints, and loved it. drank it with a spicy buffalo rendang and it kinda fit just right, oddly enough.

This is one of my favorite teas. The first time I had “milk oolong” it was at Vital-T Leaf shop in Seattle, where they brewed it for me to taste. Once I ran through that stash, I turned to the Internet to mail order some more. This particular one from Holy Mountain is one of the best of this variety I’ve mail ordered, and has been for 2 years in a row, so I will definitely order it again from them.

I find sometimes the flavor gets richer as the tea cools, and that the milky notes come out more when not scalding hot.

Great to see you here, Cecilia! I never would have tried this tea if not for you and this opened doors to me. So thanks for the recommendation. It is a magnificent tea.

Small world, isn’t it? I’ve only been on Steepster one day and the very first tea I looked at had a comment from you, and I thought… could it be the same Carolyn? Sure looks like it! :-)

Milk oolong was definitely one of the teas that pushed me over from just liking tea to wanting to know everything about it. Wine, scotch, cheese, they are lovely and wonderful to know about, but were just a warm-up for me and tea.

This tea from what i hear is in its natural state with the milk scent. Its refreshingly delicious.

just grabing a cup while diners getting ready. This tea is really growing on me.

Just got this tea yesterday and have to say I quite like it! Has an ever so soft milk fragrance and taste to it. Sweet and floral but not overly sweet. Gonna re-steep it a couple of times tonight.