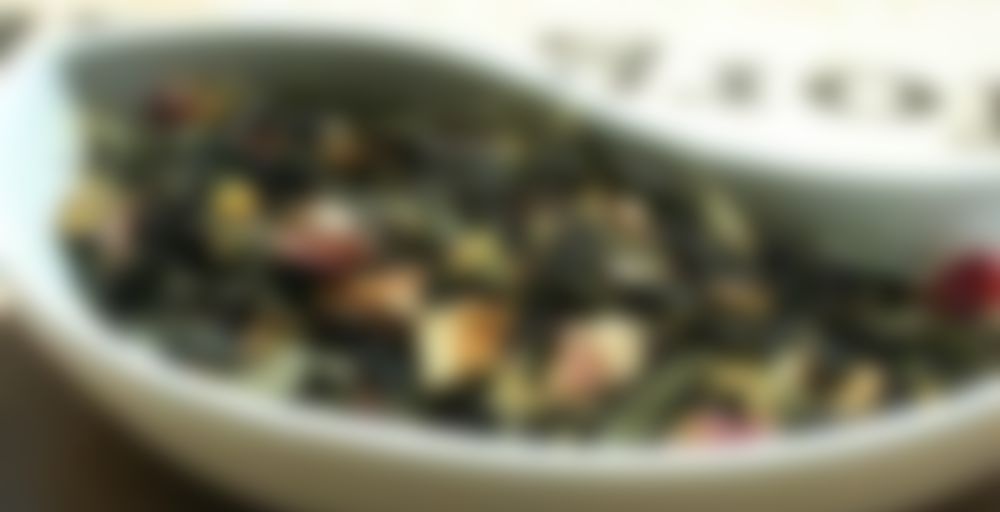 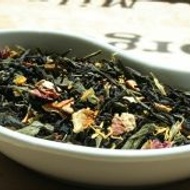 by Herbal Infusions Tea Co.
75
You

Notes of exotic fruits, berries, and creamy soft almond endow this black and green tea blend from China and Ceylon.

Pearl of the Orient

I’m excited to try this one, and also so unsure of what I’m about to get. The dry leaf smells very fruity, and it wasn’t until I read that it was almond-y that I realized what I was smelling. I’ve decided to steep this for two minutes, because I only steep my greens for one minute and my blacks for three :-) When steeping, the smell changed several times, but was mostly centered around the almond.. Now that it’s done, it smells like something I can’t really define.. I’m getting more and more doubtful of this guy!
But it tastes like an almond cookie. How strange. I think it’s one of the truest almond teas I’ve had, though I’m not really a fanatic about almond, the way that some people are. It’s not as fruity as I had hoped, but maybe we can coax the exotic part of this tea out with different steeping methods. I’m intrigued, but not in love (thus far, anyway!).
But from a truly objective viewpoint, I can see that a lover of almond or almond cookies would completely love this :-) I wish that I had a tea that I can compare the flavour to, but really, I don’t think I’ve had one as unique as this before.

This sounds so interesting! I really can’t wait to be able to expand my tea horizons a little farther, and explore different companies and try fascinatingly named teas like this one!