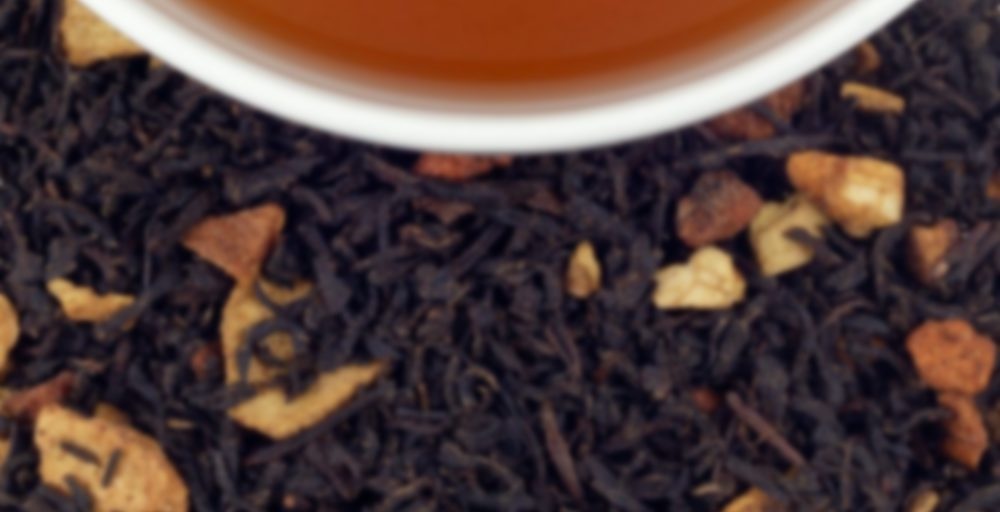 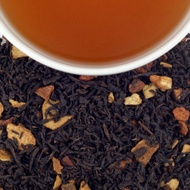 The orange and cloves which are also supposed to be in this tea are not very noticeable at all.

If you love Hot Cinnamon Spice and love apple flavor in tea, then I would definitely give this tea a try. I am not really too keen on the sweet, hot cinnamon flavor that both Hot Apple Spice and Hot Cinnamon Spice has, since I don’t like sugar in my tea. It’s nice once in a while as a change of pace, but I wouldn’t like to drink either of them on a daily basis. The sweet, spicy cinnamon flavor is just too overwhelming for that.

I prefer Hot Cinnamon Spice but not by much.

I agree with you on these sweet cinnamon teas – not something I drink often, but they can be nice as a sort of treat every so often, especially in the colder months. :)

I agree with that. They can be a nice change of pace once in a while during the colder months especially, but I honestly prefer my tea not to have this overpowering sweetness, most of the time. I currently have a half full 4 oz. tin of Hot Cinnamon Spice that I have had for a year and a 2/3 full tin of Hot Apple Spice that I have had for 9 months, so I don’t drink them that often as you can tell. I will maybe buy a tin of Hot Cinnamon Spice some time again, but I doubt I will be buying Hot Apple Spice again.

I gave someone a cup of Hot Cinnamon Spice once (I find it too spiced and too sweet0) and she said, “It tastes good but it has too much sugar in it.” It took quite a bit of convincing before she believed that neither I nor Harney had added any sugar!

Thanks for sharing that anecdote! Yeah, it’s amazing that it can be so sweet and not contain any sugar. The sweetness only comes from the cinnamon.
I just had a cup of Hot Cinnamon Spice with a Danish pastry. It was delicious with the pastry, better than Hot Apple Spice, but I prefer a regular unsweet black tea most of the time.

I am not a hot cinnamon fan in teas apparently. I never enjoy it when its the predominant note. I got this one for the Met Tin and it was supposed to have a variety of flavors. It tastes like their cinnamon hot spice or any of their other hot cinnamon blends, for they have many. I do get a buttery, smooth apple undertaste, but the cinnamon spice gets stronger the more sips I take. Ironically I was eating an apple when I tried this tea.

I will keep the tin as a keeper as it’s adorable but unlikely to drink any more of the tea unless I’m mixing in a pot with something else for experimentation, and next time I’ll use a larger cup to dilute a little more with the satchel
https://www.harney.com/collections/all/products/hot-apple-spice-black-tea-tin-of-20-sachets

These teas are like drinking liquid Red Hots ha ha. I have to be in a certain mood to enjoy them because they’re so sweet.

Agreed. What’s funny is I love cinnamon in general – I put cinnamon in some coffees, or cinnamon sugar on lattes, and I add cinnamon to a lot of cooking recipes. I also used to vape cinnamon flavors which were spicy. Cinnamon in itself is not really spicy though, I am curious on cinnamon tea that isn’t made to be like those red hot cinnamon candies.

Yeah, there’s definitely a world of difference between cinnamon and cinnamon flavoring. I find Simpson & Vail has some nice cinnamon-y dessert teas.

This year I am really digging this tea. It is Hot Cinnamon Spice touched with a little mellow sweetness, and I have been moving towards it just about every morning. It’s giving me a lively little jolt, just what the doctor ordered.

I am so tempted to try this one again. I had a sampke years ago. I am loving the Apple Cinnamon Chai from Cuppageek.

I’m sipping on my last cup of this while I scroll through tasting notes and catch up on what everyone has been up to. I hope you are all well! I have to say I’m happy it’s Friday, and I’m happy that I have no plans this evening. For my own sanity I’m taking the weekend off from studying, so I’m almost giddy with the thought of having a weekend full of nothing to do. Except write tea notes… and read a book just for fun… yep, that’s all the excitement I require for the next few days!

Ok, tea note… This could easily be a fall/winter staple for me. It’s a lot like Hot Cinnamon Spice but with a bit of an apple note at the end of the sip. It’s perfect for cooler weather although I’d happily drink it year round. That said, there’s nothing overly special about this tea. There are a million cinnamon teas out there, and while this one is nice I do wish the apple was more flavor forward. I think that would take this from being a run of the mill tea to something truly special.

I’m totally with you, more apple please! But a little apple is better than no apple at all, I suppose. ;)

Enjoy your weekend to the hilt!

Yep, that was my Saturday — FUN reading a novel and reading tasting notes. :D

Isn’t reading for fun the best? I love a good story that takes me completely out of my own head.

I wish I could read anything else but coursebooks!

Martin, a teacher told me years ago to read 25 pages of a novel while eating breakfast. It doesn’t take long, and even though it’s just a few pages it adds up quickly. That’s how I read most of my books that aren’t work or study related. I’ve found that it motivates me to get out of bed on time, it starts my day off in a relaxing way, and I’m able to finish between 15 to 24 books a year (depending on length). It’s such a simple thing, but it’s been great for me!

I’m a librarian, and I’m also a very slow reader! I find just using the 15 minute breaks at work help move a book along; admittedly, I now read a lot of graphic novels because I can read them quicker than novels (and have just been in sort of a “mood” for them!)

Veronica that sounds like a good idea :) I will certainly think about it. maybe some easy-reading books to come. But how I can choose books from library, when I can’t look into the books? (Libraries closed down here, curbside pickup possible)

We were on curbside for a long time (though open to public once again, but on slightly reduced hours). Our entire catalog is online and our bibliographic records have Library of Congress subject headings for each item, as well as (usually) the summary of the book (the same one you’d read off the back cover or the Amazon page). Holds could be placed directly through the website with a library card # (or we’d do it on behalf of a patron if they weren’t tech savvy and just called us). We also offered “surprise packs” where a patron could just say, “I like cozy mysteries!” or “I really like John Grisham novels!” and our reference department would pull 4-5 random items for that patron based on that info for pickup or delivery. That turned out to be a hit!

My library have catalog online as well, but I like picking the book from the shelf and decide there. Based on the cover, letter size, considering thickness of the book and so on. It is certainly harder to choose online.
Surprise packs are interesting idea and I think it was here for a moment too, but unfortunately often they have only one copy and they couldn’t offer it in hold. \So, hard to say what is best opinion… but certainly I will try to read something but coursebooks :)

This tastes a lot like hot cinnamon spice. The main flavor is the spicy cinnamon. I don’t really notice the apple. Really it’s pretty indistinguishable from the other blend, though I haven’t had that one in a while. Not really a tea I would drink often since it’s pretty one dimensional to me.

I picked this up the last time I was in store because I had never really tried an apple spice blend before and it smelled wonderful.
I tried it as just a normal hot tea and was not let down. It had a very warm apple cider feel, but with more spices and a stronger flavor.
I had a thought while sipping my second cup that this tea may make a wonderful ice cream!
So last night I set off on a culinary of making a no churn tea infused ice cream. That I then got to enjoy tonight (and surprise my boyfriend with some topped with homemade apple pie filling). The ice cream came out wonderful, creamy and had that same flavor I was looking for! Tasted up like the tea, and I only used 2 teaspoons worth of tea for the whole thing. While it was a little work to make it was worth it and something I now want to do with many of my other teas.

So this made its way into my sipdown teas by virtue of its age – it was one of my oldest teas, from November of 2018. But I found as I was sipping through the (mostly full) tin, I really enjoyed this tea and began looking forward to it as a sort of sweet mid-morning pick-me-up. So then it became a tea I was thankful for – thank you tea, for helping me get through the workday these past couple of weeks.

It’s weird to me that I enjoyed this tea so much. I’m the type of person who never sweetens their tea, and yet I find this essentially pre-sweetened tea that tastes just like Red Hots to be quite tasty. I will say I don’t really think I taste the apple here, so not sure how different it is from the original version? Maybe I would have to try them side-by-side to notice a difference.

Anyway, it’s a bestseller and a classic for a reason! :P

This is a major favorite with my less tea-ified coworkers.

Clearly a crowd pleaser! I mean I certainly don’t taste the black tea, in fact I think next time I might try the herbal version to see how it compares. :)