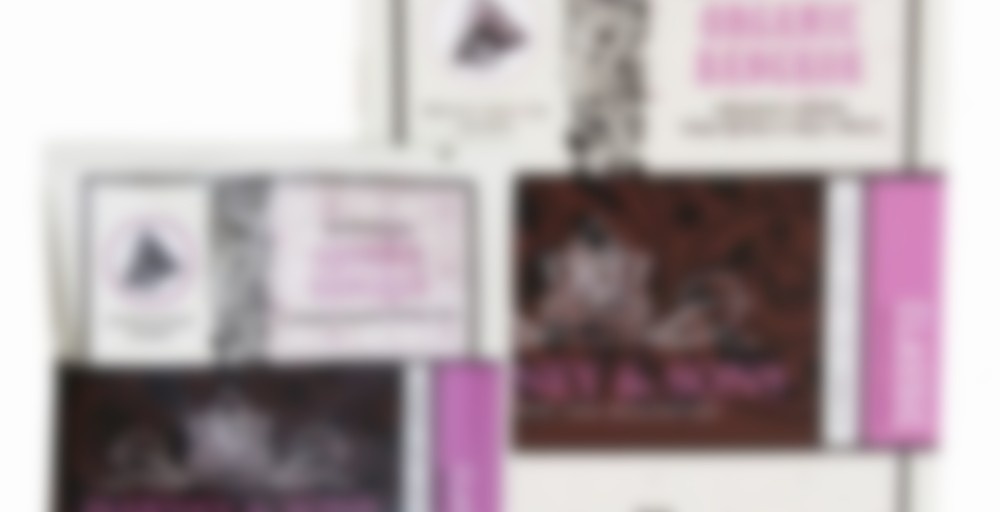 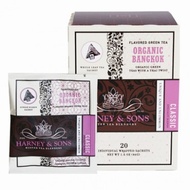 On my phone website so cannot do the rating slider. I’d rate 75. It is a pleasant enough green tea and I know many like it, but to me it wasn’t anything special for my personal tastes. I am pickier with green teas perhaps. I put yes for recommending since some will enjoy and there’s not anything specifically wrong with it, just not something I find worth more than a brew. I had one satchel to sample from an order.

One of my favourite flavoured greens, though I haven’t had it in years now. I should really re-order it again.

I didn’t care fo it years ago, but my tastes have changed some so I should probably at least get a sample again to see. I know it is super popular but it just isn’t my favorite profile, either.

Sometimes I enjoy a tea more if i try it again, so it can be hard to tell. They sent me one satchet sample of this one. It was not bad, but not something that fit me much

I tried this tea without reading anything about it except that it was a green tea. I could smell the coconut right away.
It reminded me of a tropical cocktail with light exotic flavors. I think the coconut was just too strong for my liking and to make this a tea I would enjoy very often. I still think it as a nice combination of flavors, and is very well balanced.

I received this sachet as a freebie with my order and this is not something I would have picked up on my own as I don’t really like flavored teas. Often, they taste artificial and don’t seem to be well balanced, and most times call for sweeteners, which I dislike using. Harney’s is changing my mind.

Wow! This is an incredibly well balanced exotic cup of goodness! Because of the bag’s size and previous steeps with other Harney flavored teas… I know that my leaf to water ratio is high so I short steeped and tasted the cup until I felt it had a nice flavor. Maybe 1-2 min.

The first steep is incredibly silky and smooth.. the coconut is the main player beautiful and creamy.. I’m loving this. I’m not getting artificial vanilla or over powerful lemongrass.. This is darn good. I think this would be a beautiful exotic iced tea… who needs boring flavors, like strawberry, guava, mango.. etc.

2nd steep brings out the lemongrass making the coconut the supporting flavor.. I can’t figure out which cup I like more.

Conclusion: Must. Get. MOAR! Seriously, just this tea sachet is not enough! * looks sadly at the all gone tea, ponders a desperate 3rd steep.. *

Green tea flavored with coconut, lemongrass, ginger and vanilla. You get all the flavors listed with none of them overpowering the rest. It is a nice blend of flavors; the only thing you don’t taste is the green tea.

Thank you Blodeuyn for this delicious present!

I am not a fan of bagged tea at all. This is the one area of tea where my “tea snobbery” comes out prominently. I don’t like being a snob, so I’m trying to change that. I was given this as a surprise present. I have never brewed anything in a “silken sachet.” I thought it was very elegant and unique. I brewed this in my night mug before dinner to calm me down a little. The aroma of this sachet is amazing. I poured my steaming water over it and the sweet aroma of Thai delicacies filled the air. This brew has a dominant silky vanilla tone with coconut beefing up behind it. If I sat and took a long inhale I could taste the lemon undertone. The flavor is a calm fresh ginger. It goes down real smooth and is actually helping my sore throat out a bit. The green tea adds a grassy base for all these flavors to sit atop of. I enjoyed this, and I think i might actually like tea bags. Might. haha.

I have some loose leaf of this (Bangkok) if you’d like to do a comparison. :)

I would love to! I assumed it only came in sachet form :)

Alright then, PM me your address and I’ll send you some to try out. :)

Awesome! thats so nice of you :)

Looking for a tea to take me into dinner time (I’ve got Marcella Hazan’s Chicken with Two Lemons roasting away in my oven…), I grabbed this sample sachet from Harney.
The dry bag had the ‘green tea blend’ scent that I find pretty common (to me, since my nose is of the plebeian sort….), but while steeping, oh man! In the first two minutes or so of this bag floating in the water, I was in absolute heaven… It was baked coconut and vanilla, as if it had just come out of the oven…. The scent was amazing!
Near the end of steep time, the ginger and lemongrass were coming more to the forefront, while the coconut lingered in the back.
While the taste of the tea is nice (really nice), after that transporting coconut scent (I felt like I was sticking my nose in a bakery case and I didn’t want to pull my head out…), I can’t help but wish the end result was closer to that…..but then it wouldn’t be the tea described by the blender at all, so there’s that, I guess.
As I continue to sip the tea, I become absolutely fine with the fact that it tastes exactly as described on the bag, because the flavours all work really well together, layered nicely and in an unexpected way. I really like how the ginger and lemongrass are met by your tongue, but the vanilla and coconut are brought in by your nose as you sip… it’s like 3D, but in taste form. :)

Interesting unusual tea, it’s Thai scents and flavours make me want to go out for a Thai meal. There’s coconut, lemongrass, mild ginger and more. Not sure what occasion I’d drink this for, I imagine it would be nice chilled as an iced tea.

I know that I have written a tasting note before for Organic Bangkok, so I must have stowed it under the Green Tea with Thai Flavors profile, since the two are very similar. With one notable exception: these sachets are certified organic, which is not true of the HT tin version or the loose-leaf Bangkok.

Anyway, it’s delicious as usual. I’m generally not inclined to like flavored green teas, but Organic Bangkok (and Green Tea with Thai Flavors) is an exception to the rule. Usually I find one of two problems with flavored greens. Either the base tea is seriously mediocre, or the base tea is good but shrouded by mediocre flavors.

Neither problem obtains in this case. The bancha base is good, but so are the flavors with which it is laced! This version seems a bit less sweet and coconuty than the HT tin version, but I’d have to do a side-by-side comparison to be sure…

I am sort of amazed at how many Harneys you have.

Sort of makes you curious about how many teas are in her cupboard, doesn’t it? ;)

Marzipan and Cameron B.: I have a frightening number of teas. I’ll be undertaking a buying moratium and sipdown initiative just as soon as my Harney Tribute has come to an end.

Perhaps even more difficult to believe is that I actually own many more perfumes than teas. ;-)

Oh! I can relate sherapop, at one point, I was truly addicted to FrangranceX. But I was able to stop ordering every week, and I now use what I already own…plus I found my signature perfume, yes, the ultimate, “the one” the only brand I allow myself to reorder when I’m out… wishing to do the same eventually with tea (but I know it’s never really going to happen!!)

Ok so what is it, the one? I luv parfume, I don’t use much right now because of my severe allergies developed recently. But I spent lots of time reading on FragranceX.

Ok, I get compliments EVERY TIME I wear this. Bought it at $90 in a large dept store the first time, later found it on FranganceX for $40!! It’s Eclat d’Arpege from Lanvin, an irresistible fruity/floral so fresh and light, and yet, everyone seem to notice it, in a good way:-) i like that it’s so feminine and womanly, not one of those overly sweet fragrances.

The Tea Fairy: the good news is that since I became obsessed with tea, I have stopped buying perfume. Having to move was also a wake-up call. All of my chests of drawers and cabinets were filled with perfume! So now I have continued to buy tea, but I console myself that I get to try about 50 new teas for the price of 1 perfume. Really, I have to stop buying tea, too. I received a H&S order only minutes ago. lol. Nothing big, but I wanted to buy the 30th Anniversary tin and also samples of all of the oolongs on sale. I’m still trying to figure out whether it is even possible for me to drink oolong, so after these 6 samples, I should know the answer to that question!

I prefer Arpège to Eclat d’Arpège, but now you are making me want to go try it again! Unfortunately, it’s in the back of my storage space somewhere. That’s why I’m not buying any more perfume—probably ever again. Besides, I have so many beautiful perfumes, and most of the new stuff is synthetic and abstract chemical soup. At least I’m already covered! Here’s a link to my perfume pictures with model HRH Emperor Oliver: