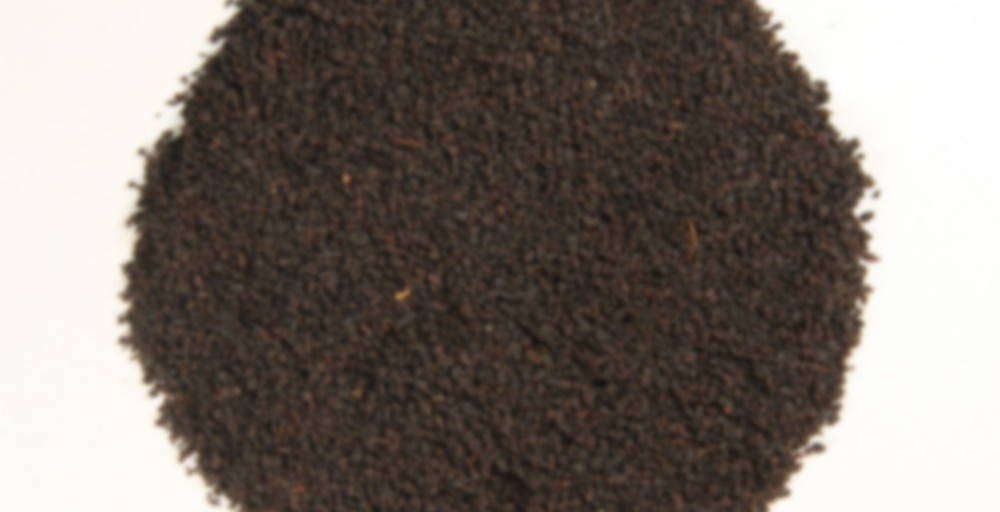 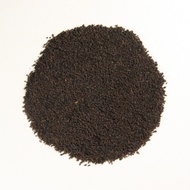 by Happy Lucky's Tea House
78
You

Deeply pungent, biscuity, and above all, strong, Kenyan Ajiri is grown by a cooperative of farmers in the Kisii Highlands. This award winning tea is handpicked and processed using the “Crush Tear Curl” method, where a mechanical process uniformly produces pellet-like pieces of tea. This insures a consistent cup of tea from batch to batch, important as the members of the cooperative independently grow their tea.

(Reposted this older review under the new tea heading for Happy Lucky’s online… this CTC is very inexpensive and a staple kick in the pants caffeine boost when I need a strong tea that tastes good! )

As soon as Andy puts the information on the website, i’ll review their new Ugandan CTC which is unique. I’m loving these new tea’s from small farms in Africa and Happy Lucky’s makes sure the sourcing is ethical!…stay tuned!

I was out and about, running errands and stopped in at Happy Luckys to meet up with tea guru Eric (who works at Happy Lucky’s) to taste some Pu-erh that I received from a Steepster friend. That review will be on my blog in a few days and is remarkable!

When we finished our Puerh tasting, I still wanted some tea! Our little delicate cups of gentle Shu were wonderful but now it was time to pour the big lady serious tea and get down and dirty.

I was sitting at the bar.
I wanted a pot of Lucky Tea House’s finest black tea. Now.
Sam looked at Eric and said under his breath, “How about the Kenyan Ajiri?…no, no, it’s too strong…well…maybe she would like it, she likes strong tea. What do you think?”
“Hum, Eric laughed, maaaybe, OK.”

First, Sam brought me a tin of the super-small black leaves
(they looked more like poppy seeds) which smelled salty and savory.

Then, the wet leaves which were smaller than coffee grinds were presented with a very malty, rich aroma.

Last the dark brown liquor which was very strong tasting, and I liked it! It wasn’t smoky or malty but tasted solid and a bit fruity. I sipped for awhile.

I then added some cream (I was told the tea was too strong to drink plain but found it to be smooth enough for me).
After drinking a full mug of tea, I ordered a ginger cookie to eat along with my tea. The taste of these two together was out of this world! I’m a bit of a ginger cookie, black tea lover. An addiction as a treat!

A great piece of information!
100% of the profits from the tea sales of AJIRI goes to pay for uniforms and books for orphans in Western Kenya! What a great way to
enjoy tea and help others!

I love-um with strong black tea!

If you want an easy out, make a ginger spice rice crispy treat. I made lemon coconut cardamom squares yesterday.

Happy Lucky’s have an online store now? Ooh, is it time to order large quantities of their smoky LS?

Yes happyluckys.com you can see the wall choose by country or type and so on. If you’ve never had Ajiri etc it’s cheap, strong and a good morning kick. Take a look at the English and Scots Breakfast Blends (Joe created these). Chocolate Tea (Tisano chocolate hulls) is very good and not easy to get. I add this to puerh. Check out the spices…they have Real cinnamon chips and other ingredients to add to tea. Make sure they don’t charge you U.S. tax by accident.

My wallet is not happy with you for pointing this out, Bonnie! I, on the other hand, am very pleased to see this. :)

By U.S. and probably British standards they aren’t expensive ( not sure about the shipping).

This is a tea that Bonnie shared with me, and it is also the first real tea post I’m writing in the new house. It was also one that Bonnie chose to give me, I think, with an eye on Project Africa.

Therefore I’ve spent some time trying to work out where Ajiri was on the map. Turns out Ajiri is a company name and not a place name. They have a rather lovely and informative website. The actual tea is produced at the Nyansiongo factory, which was made a LOT easier to find on the map once I discovered that I’d been spelling it wrong all along. The factory itself didn’t appear to be marked in, so I just placed the arrow somewhere in the middle of the town. The Nyansiongo factory is a cooperative of several small local farmers in the Kisii highlands.

There’s a veeeery strong and malty aroma here, which smells on the verge of turning bitter. I may have leafed it wrong after all. It’s CTC and I’m always very careful with those because they get strong so very quickly. I put less leaf in my pot than my brain felt like it was used to, but I still think I’ve got a super strong cup here. There’s also a smidge of that high-grown feeling in it, but that might actually be down to sheer strength. I am sitting here with a cup almost as dark as coffee after all!

GOSH! It is quite strong! It even has that sort of bitterness at the back of the throat that I get when drinking coffee. It’s not unpleasantly bitter or at all undrinkable, but it’s just a tad much. I would do a rare instance of milking it (I usually have milk in my coffee), but as it so happens, we haven’t currently got any milk until I’ve been to the shops, so I’ll just have to power through and try making a second cup with even less leaf. This is why I’m not a fan of CTC. It messes with my habits learned through a decade!

Now, if we ignore that hit of bitterness at the moment of swallowing, we’ve got a strong cup of tea here, which feels suitable for this time of day (morning). Until swallowing it feels very smooth, so if I had made it a little weaker I believe it would have been all-over smooth and lovely. It definitely shows some promise in that regard.

It’s hard for me to really analyse the flavour, though. It tastes like default tea. Quite a good body to it, but it’s a one-note deal all in all. I get the impression that this might be very good in blends, adding body to some lighter teas with more distinctive notes. I think this + not too fancy keemun, for example, would make a lovely blend.

The second cup felt, when I made it, severely understeeped and underleafed, but the result was much better. It is indeed very smooth but still with a lot of body. It’s less of a one-note default tea deal now, and has taken on leather-y, wood-y, malty notes and it finishes with a touch of high-grown-ness. I still think it would go wonderfully in blends, though.

Has anyone heard from Bonnie in a while?

I saw her comment somewhere recently-ish, I’m sure of it. Perhaps she’s just lurking and not feeling like participating at the moment?