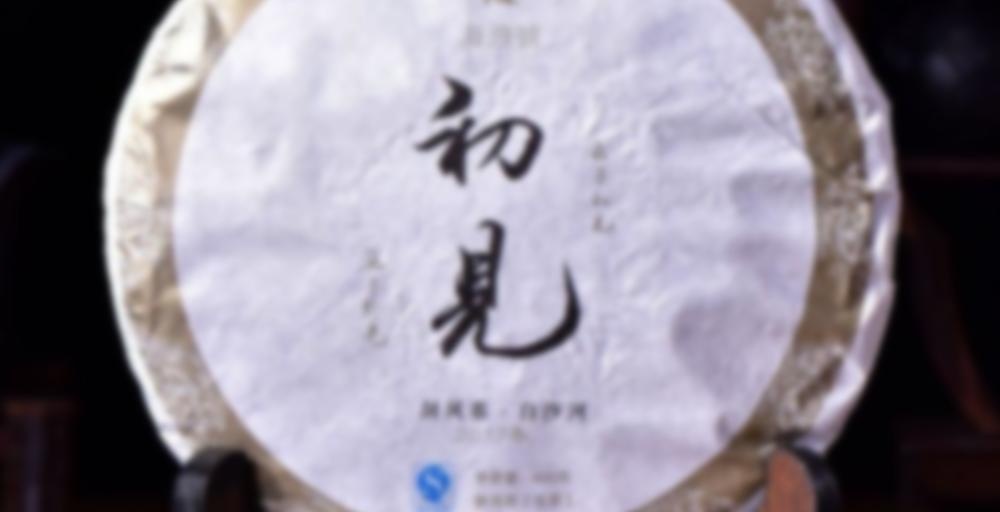 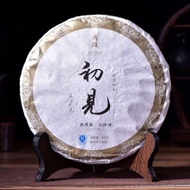 Entirely first flush old arbor tea leaves from the Bai Sha He area Gua Feng Zhai (白沙河刮风寨) in the Yi Wu mountains. Chu Jian 初见 means “to meet for the first time”. When Hai Lang first tasted this tea he felt it was like meeting someone for the first time, even though he has drank scores of Gua Feng Zhai teas this one made a very strong impression on him.

The village of “Gua Feng Zhai” (刮风寨), one of the most remote villages in the area, it is just a few kilometres from the Laos-Yunnan border. The road to Gua Feng Zhai is just a dirt track that is only accessible by motorcycle if it’s raining. The tea from Gua Feng Zhai is typically picked and processed by the Yao Minority people who live there. This special environment and unique processing lends the tea a special flavor that is unique among Yi Wu area teas.

Pressed with 40 kilogram stone press in the traditional manner.

Another 2017 offering, this time the first Hai Lang Hao raw pu’er I’ve tried. I used 8.9g in a 130ml gaiwan and drank the tea both from a regular glazed teacup as well as an unglazed Jianshui clay cup. I rinsed the leaves briefly for five seconds and drank the wash while I let the moisture soak in for five to ten minutes. The texture was soft and creamy. I proceeded to do eleven more steeps, timing for these being 5s, 5s, 7s, 10s, 15s, 20s, 30s, 45s, 75s, 2 min. and 3 min.

The first actual steep was much bolder than the wash. It had a wonderful mouthfeel and the same creamy vanilla flavor you got a hint of in the rinse. The steep that followed felt really heavy both in the mouth and going down. I’m not really equipped to describe the flavor. It was amiable with maybe a hint of fruit, but nothing spectacular. My tongue was left feeling kind of bloated and like it wanted to rise to touch the roof of my mouth.

The third steep was really creamy, but also greener and somewhat astringent. The tea started to be less enjoyable in the next infusion when drunk from the regular cup, but from the clay cup it was soft and sweet. Steep number five saw a return back to soft and creamy, but now with a bit of astringency as well. This time the tea was actually less enjoyable from the clay cup, tasting mainly quite mineraly.

I should have probably pushed the tea a bit harder for the sixth steep as the flavor began dropping. At this point the tea started tasting more like a young green sheng. The flavor was about 50% prior sweetness and 50% young raw taste. The tea continued to be pretty thick in the next steep. It was quite sweet with an almost toffee or brown sugar sweetness to it. The sweetness also persisted in the mouth. Some of this sweetness lingered in the background in the eighth steeping, but in general the tea was becoming less pleasant. It was softer when drunk from clay, but very basic.

Steep nine still had a surprising amount of body, but it was even more evident that the tea was becoming very basic in terms of taste. The soup was sweet and green, but when drunk from clay it got MUCH sweeter. The ofter characteristic soft, thick mouthfeel was still present in the next steep. The flavor was becoming increasingly green with the sweetness diminishing, but the astringency was still just barely there. The eleventh infusion was the last one I did. The tea was still slightly sweet, but also more astringent now. While the tea most likely still had more in it, I didn’t expect to see any more nuance developing so I called it there.

While this is clearly a quality tea, although not necessarily of the absolute highest quality, and I have no doubt it will develop into a great tea in a decade or two, it didn’t really appeal to me personally. Nothing about it struck me as special enough and the flavor profile didn’t appeal to me. I’ve yet to explore aged teas enough to find any that appealed to me, but this one despite being young actually reminded me of some of the things that didn’t appeal to me about the handful of semi-aged raws that I’ve tried. If I can predict any kind of trajectory for this tea based on how it is now, my gut feeling is that I won’t like it any more ten years from now as I do now. That being said, this tea is still really young and unless you have incredible confidence in your ability to evaluate raw pu’ers and know exactly what you want, it’s still too early to properly evaluate it I’d say. I still have two thirds of my sample left, so I will try this tea again a year from now. I have a feeling my thoughts on it won’t change, but you never know.