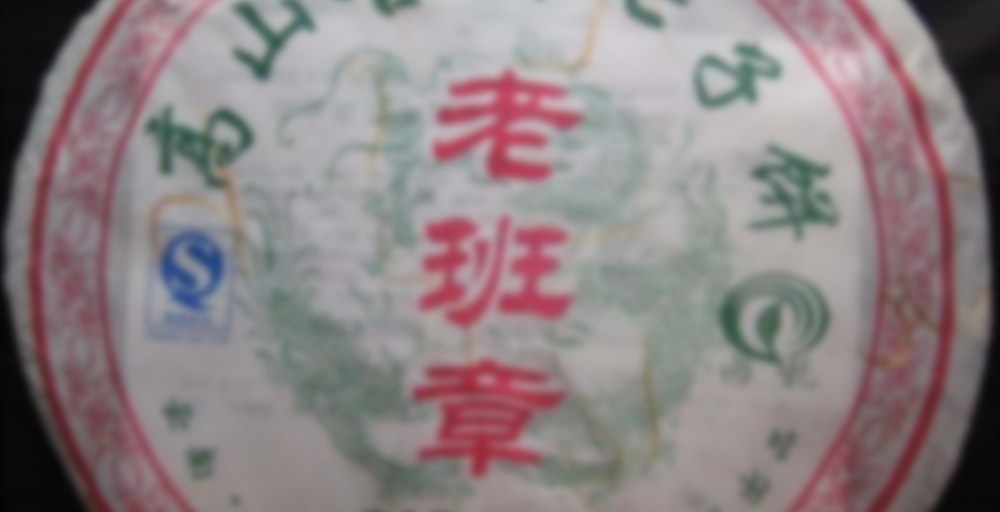 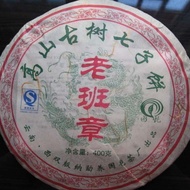 by Guoyan (Yunnan Sourcing)
83
You

2006 Guoyan Lao Ban Zhang Raw 400g
Pure Ban Zhang tea. This cake is stone-compressed and was dried naturally, without being baked. This cake is entirely fall harvest. The taste is strong and bitter but a little less than the pure Spring material. Production area: Ban Zhang Mountain of South Menghai.

Really hard to describe the aroma of the wet leaves. Sort of smoky, vegetal, sweet, and sort of prune/tobacco-ish.

Steep/Time: Notes
1/10s: Very light with a grassy note. Nice mouth feel, smooth. Small sweetness on the tongue and at the back of the throat. May already be detecting a bit of cha qi with this tea as a feeling of suddenly perking up and being slightly lightheaded.

2/10s: More sweetness with a pleasantly dry finish that leaves a lingering sweetness on the tongue and at the back of the throat. Gently building qi. Quite pleasant.

3/10s: Starting to feel a sort of tingling sensation throughout the body now. Taste profile is about the same. Not noticing any particular flavors per se, but man… as I get toward the bottom of this pot the qi is coming on strong! Me likes!

4/15s: Wow! Wonderful full bodied sweetness showing up now! Ok, I hope this tea isn’t too expensive, because this cup may have just moved this tea into my “Buy a cake… or 10” category. There is also a distinct possibility that I’m a cha qi addict. This tea makes for one hell of a fix! _

5/20s: Very good. Same as previous, though the finish is a little softer. Probably should have done 30s.

6/45s: Finish is still a bit less crisp than the 4th steep, but the lingering sweetness remains. Took a 15 minute break between the 5th and 6th steep and noticed an immediate energy bump halfway through this pot.

7/60s: Noticing taste of stone fruit and a brighter grass note now. Finish is crisp and pleasant with sweetness more noticeable at the back of the throat than on the tongue now. Wow, the qi just hit full force again. Another wonderful cup.

8/90s: Tangy/tart fruity note is growing. I love tea with really strong cha qi and this one has me nearly vibrating, love it!

9/90s: This may be the first time a tea has presented more qi than I can handle in a single session, LOL! Going to have a meditation break after this cup. Sweeter still with a nice fruitiness.

10/120s: Had dinner after meditation so that break lasted longer than expected. The sweetness is slightly lessened, but the qi does not quit! I’ll do one or two more steeps at 180s for full measure.

12/200s: Accidentally went longer than planned, but it brought out that nice plum like fruitiness again. :) This is on par or better than steeps 8 & 9. Man that’s good!

13/300s: At this point I figure it doesn’t really matter how long I steep it so lets see what we get here. Definitely a nice bit of plum flavor here. I love these teas that start out with a bit of sweetness, but no flavors of any note until well into the session usually after giving a nice qi punch to the head. Three pots in today and still able to pick up echos of the earlier cha qi. Now it’s just a really tasty cup tea though.

So this tea is easily on par with the 2006 Chawangshu (which I think is also cheaper), but the cha qi in these leaves are unsurpassed! A very, very good tea. I’m looking forward to sharing this with a friend later.