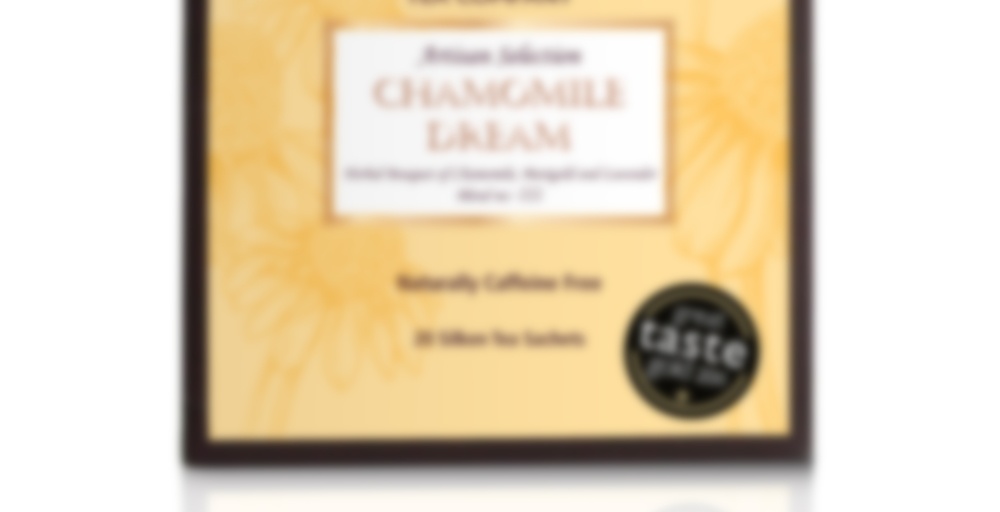 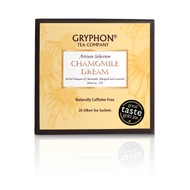 by Gryphon Tea Company
61
You

This herbal tisane of chamomile, marigold, lemon verbena and lavender will ease you into a state of heightened relaxation. Naturally caffeine-free.

Aroma: soft with notes of magnolia and acacia honey on the nose

This chamomile tea does have a unique taste – a lemony and flowery undercurrent which likely comes from lemon verbena. But I am not so happy with the long, bitter aftertaste that lingers in my mouth. As the tea cools, the bitterness becomes more and more intense! Now my whole cup (instead of only the aftertaste) has turned bitter 0_0

I have never got this from other chamomile blends and I am not sure what is responsible for this. Anyone who has similar experience?

Boiling 6 min, 0 sec
Yours I Like This
5 likes
2 comments
Edit

Hi Devilish,
You can try removing the bag after steeping for 5 mins? Generally the tea is best drunk hot/warm as the sweetness is brought out. The taste becomes more flat once the liquid has cooled.

Thanks gtc… wait, gtc = Gryphon Tea Company!???? Wow!!!
I will try the tea with your advice next time. There’s still another tea bag in my Treasures box. Despite a few misses, I love my Treasures box because there are so many exciting teas to try!! :) Of course, there are some really nice and interesting ones too ;)

A disappointment !
After opening the plastic bag and taking out the “silk” tea-bag, I was already a bit reluctant, as the chamomile and other herbs looks grinded, while I was expecting full leaves and flowers.
The herbal tea color, once steeped, is a nice bright yellow. The smell is rather pleasant. The taste is rather pleasant, though the chamomile is rather short-lasting and the verbena takes rapidly over. I could not taste the marigold (though I never managed to identify its taste, as I’ve always had some in blends). The lavender may be responsible for some of the remaining after-taste, but I’m not so sure about it either.
Though a quite pleasant brew, I did not feel it was really special and I have better memories of drinks made only with entire chamomile flowers.
The second steep came out very light and with little flavor. At least with the Gryphon teas I’ve tried until now, I could manage up to 5 steeps, which were still interesting, though feeling weaker at the end, which makes them much better value for money.
Totally overpriced and not worth it.

I’m reviewing a bit my initial impression. This time I brewed an almost full teapot with one bag and it’s not weak at all. This tea-bag allows for a large quantity though no resteep.
I can definitely recognize all flavors: the chamomile, rather mild, the verbena and the lingering lavender. The blend is rather subtle as none of this flavors is stronger than the next. That’s what makes it rather pleasant and not too bland. However it is clearly a blend herbal tea and not a chamomile one, which was what I expected the first time and why I was so disappointed.
It remains too expensive for me to buy it again.

I taste mainly chamomile in this blend, with lavender being a distant, but next strongest taste. The other flavours bring up the rear. My only gripe is that it’s slightly too astringent to me, but that fades quickly.

My go-to when I need a good night’s rest. I follow instructions for brewing and take out the tea bag about a min before the max time indicated.

Since I like most of Gryphon’s blends, this chamomile came across as a disappointment. It doesn’t taste much of anything.

This Chamomile blend is too intense for brewing per cup. I think Gryphon’s Teas are better enjoyed by per pot.