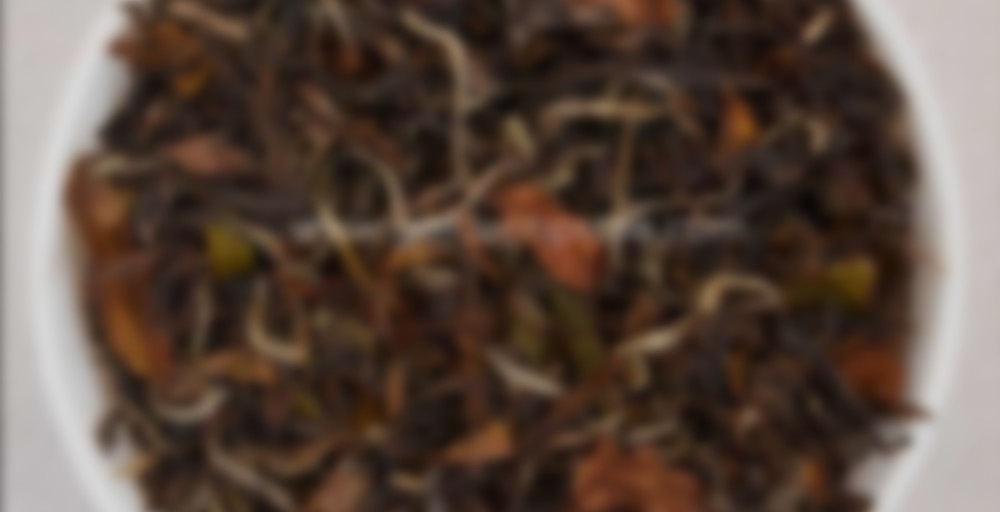 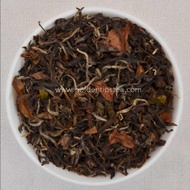 Every season the Thurbo Moonlight has been a favorite among our connoisseur friends from across the world. This Moonlight summer black tea is at part the best and is characteristic of fluffy brown-black leaves with extravagant silver tips. The aroma is sweet and flowery with a bright golden liquoring cup. The flavor is extremely fruity and flushes your mouth with its presence, without any sort of astringency.
An outstanding second flush Darjeeling.

Buy now at www.goldentipstea.com
300+ Varieties of Finest Darjeeling Teas – Direct from Darjeeling – Delivery Across the world in 3-5 days

Yeah, so I was almost caught up at one point a few months ago and I let it all slide. I was really, really busy with everything that I had to do with the Kickstarter campaign and now with the tea biz, but I do still feel like I should at least post the info about the last few months of tea reviews that I wrote … so when I have a moment or two, I’ll be stopping by and trying to get caught up. At least I won’t be getting more behind now that I’m not writing reviews anymore.

This is a really delightful second flush. Beautiful muscatel notes. The sip begins sweet, grape-y and then transcends into some earthy and woodsy tones. Nice complexity. The finish has what I referred to as a “sugared grape” type of taste. Really nice!

No more LiberTEAS! I will truly miss your expert reviews! :-(

Thank you @looseTman – I’ll miss it, I’m sure. But, I really am having the time of my life blending teas right now. It’s really awesome to get back into that saddle.

The dry leaf gives off a heavenly spicy scent that is tempered with slight notes of musk. I couldn’t wait for the tea to finish steeping because it smelled absolutely fabulous. The first sips didn’t let me down, those notes of spice and musk were the first flavors that were apparent before the honey-like sweetness began to creep in. As it cooled the fruit and floral flavors began to develop, reminding me somewhat of my favorite oolong. There is no astringency or bitterness to this tea, it’s very smooth, making it something I could easily drink a lot of. This was a great first-step in my Darjeeling education.

You can read the full review on my blog:
http://www.notstarvingyet.com/index/2015/1/27/tuesday-tea-darjeeling-thurbo-moonlight-black-golden-tips

It absolutely does not feel like Tuesday, though to be honest if asked what day it does feel like, I would probably just slur a bunch of syllables together and end it in day. I always find it strange when the perception of time gets messed up and it does not feel like the time or day it is supposed to, I wonder what causes that? I am going to blame my sleep being weird and not having my normal computer access, it has messed up my very distinct schedule. By very distinct I mean I sit in front of my computer, drink tea, and write most the day, it is only distinct because I wear a top hat and monocle at times.

Silliness aside, it is time for another Darjeeling! From Golden Tips Tea, today we are having a little looksie at Thurbo Moonlight Darjeeling Black Tea Second Flush, a FTGFOP1 Moonlight grade black tea picked the 11th of June, 2014. Now I am going to be honest, I have no idea what makes a tea Moonlight grade, doing a quick bit of research did not reveal any tasty nuggets of information, so clearly more in-depth searching must be done! I could find information of Thurbo Estate of course, located in the Mirik Valley and first planted in 1872, the name Thurbo might be a reference to the British setting up camp in the garden while they were invading Nepal, they used tents called by the locals as Tombu, which could have been mistranslated to Thurbo. A fun little bit of history before sipping, something that I always enjoy. So, the aroma of the leaves is as expected, sweet and loamy, the familiar aroma of a second flush that I have grown to love. It has notes of raisins (in comparison to first flush’s fresh scuppernong aroma that I run into) dried berries, honey, leaf loam (oddly I should specify dry rather than wet loam) a touch of malt, and at the finish a distinct note of corn silk. Darjeelings, no matter what flush they are, smell like summer to me, some of them early summer and some late, this is a tea that seems to soak up the essence of the season they were plucked.

The now steeped and soggy leaves have taken on a hint of spice in their aroma! Along with the aroma of loam (ok, now it is wet loam) and raisins, there is now spicebush flowers giving their delightful blend of floral and spice. There is also a bit of pepper and honey, with a slight hint of dark rum at the finish. The amber colored liquid is a blend of malty and fruity, with notes of well obviously malt, along with dried cherries, raisins, a hint of rum, and amusingly enough at the finish there is a creamy sweet note of custard.

The taste is rich! I had a mouth explosion of raisins, it is just like I took a handful of sultanas and regular old brown raisins and munched on them, except much juicier. It mixes honey sweetness and a touch of floral at the midtaste, with just a hint of loam and spice. Around the midtaste the juiciness turns to briskness and leaves a slight dryness to the mouth, it gives a bit of a waking up feeling after the slightly heady effect of honey and raisins. The finish is sweet, though not much else, there is just a lingering sweetness and briskness, I found this a little odd after such a distinct start that it just kinda disappears at the end, but, at least the finish has a lingering sweetness!

For blog and photos: http://ramblingbutterflythoughts.blogspot.com/2015/01/golden-tips-tea-thurbo-moonlight.html

I continue my education with Darjeeling tea with this one today. This is completely different than the Giddapahar Muscatel I recently tried. With that one I caught a bready note along with fruit and hints of malt. It was quite brisk. This one is a beautiful golden color, tasting fruity and grape like along with wonderful floral notes. Neither the fruit or the floral are overwhelming. Actually, though obvious, they stay on the quiet side. Mostly smooth and mellow, with mild to moderate briskness (I really think mild but I seem to be a little desensitized to it from years of meh tea). It leaves only a light dryness. The aftertaste was my favorite part. It is a neat swirling of fruit and floral, that weave in an out of a woodsy leafy taste.

This is definitely both fruity and flowery, but neither are particularly overpowering. I am glad to say I really enjoy this one – I was getting worried because I was on a “meh” streak with my Golden Tips samples. I could see this one being amazingly refreshing as an iced tea, not just as a hot.