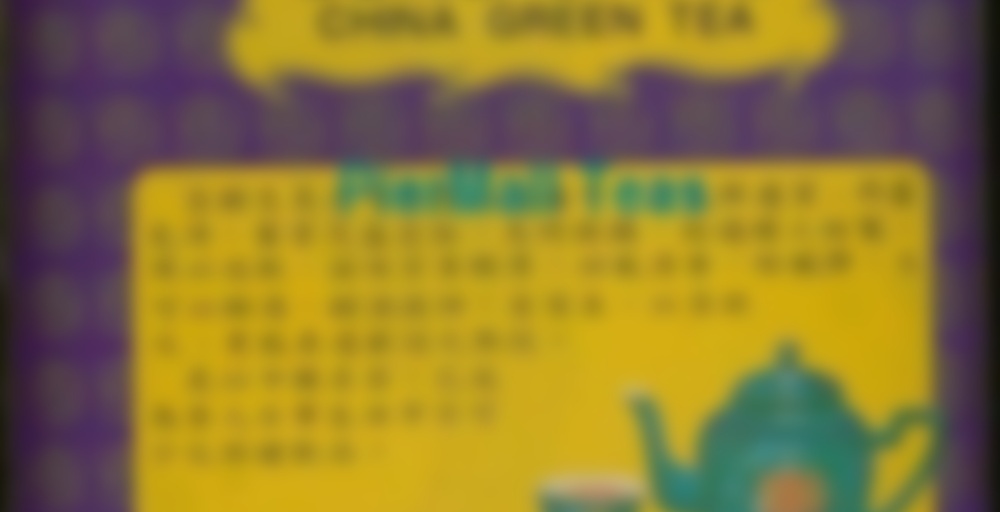 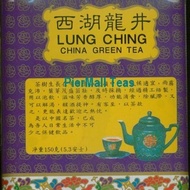 by Golden Dragon
54
You

Dragonwell green tea from China. A special selection of buds and young leaves of tea prepared with traditional sanitary methods, giving the most fragrant flavors when steeped. An excellent drink, guaranteed.

DRAGONHELL. (Time to play some obligatory Dragonforce to get you in the mood for the epicness of the following review, and just cause it sounds cool: http://www.youtube.com/watch?v=rc9_U-RBSuk)

I was joking around the other day about this particular tea, and apparently the universe was listening to me, because it dumped it in my lap! One of my sister’s friends gave this to her for Christmas, and my sister shoved it onto me. A 4.3 oz tin of Dragonwell of unknown origins. Probably from Chinatown, since the entire package is almost all in Chinese. No steeping parameters, no… nothing. Just pure terror.

So I bit the bullet and tried this, expecting a really bad tea experience. Before I dive into all the awesome tea in my house, I might as well have something mediocre, right? This tin was actually a lot less ghetto than I thought it would be. It’s double-lidded! Yay!

I asked some informed people, and did 2 tsps per cup (I made some for my boyfriend as well). I used the awesome digital thermometer that takgoti sent me (!!!) and waited for the water to drop down to 160. The dry leaf on this smells, as the boyfriend said, “Like all green tea – like a fish tank.” This amused me, but only made me more worried for what I was about to try. He only made it worse when he said, “It’s drink or die time!”

The resulting brew is a pale infusion, a gentle yellow. I took the first sip… and you know what? It really wasn’t as bad as I was expecting. Not salty at all. More like the second steep of a gunpowder. I guess this is Chinese green tea! It’s not really sweet at all… a bit briny, but nothing awful and tongue-curling. I found it pretty easy to sip on as I set up the Roku I bought for my parents.

Really not terrifying as it could have been! I’m pleasantly surprised, actually. I mean, this is definitely not something that I’d want to drink all the time. At all. It’s very…. blah, in a lot of ways. But it’s way better than bagged green tea, and it was drinkable. I finished my cup.

Black would be Pu-erh, Green, I would say gunpowder and oolong is definitely Ti Kuan Yin. Had some of that oolong earlier today, it was delicious, but tasted a bit like other oolongs. Buttery goodness.

Somehow, someway, you really need to get some Dragonwell Spring into your collection.

Also, Through the Fire and Flames = most epic Guitar Hero song. EVAR. My arm is getting tired just thinking about it.

+1 for Fire and Flames as the greatest GH song ever.

I would totally extend a challenge on here if I my copy of GH3 wasn’t the PS2 version and my PS2 wasn’t in my closet. I really need to update my rhythm games. It’s hard when your friends have them all and you really only play when you’re with them. And also when you’re spending most of your limited income on tea.

I just got a lovely box from teaplz full of some fun teas. I have no idea why I decided to start with this one – I suppose I’m feeling brave enough to give teaplz’s ‘Dragonhell’ a try!

The leaves… are not so pretty. Broken and sort of old and sad looking. Poor little leaves.

Pouring the tea into the cup, the smell is kind of nice. Nutty and not bitter. The taste is weird. The first sip I was thinking “Hey, that’s not so bad.” And then I finished the sip and there was this… weird taste just expanded in my mouth. Saltiness maybe? Or a nutty bitterness?

As the tea cools a bit, there is a slight hint of sweetness and then that nutty bitterness that was showing up after the sip shows up in the middle of the sip. Though honestly, it tastes a bit better when I take larger sips. There’s a bit of sweetness to it. It’s more of a taunt though, not a substantial sweetness. Just a hint of “I could be better, see, but this is what you get.” Maybe a really low temp will make this one happy.

Overall, the tea isn’t horrible but it doesn’t have that much redeeming social value. It’s just sort of meh.

AHHH ohemgee. I am stupidly excited that you have actually tried a tea that I have sent you! Like, bouncing off the walls excited.

Dragonhell! We pretty much had the same reaction to this one. I think it’s less than “meh” and sort of “eh.” I guess you decided to start with the worst (hopefully oh man, I hope there’s nothing worse than this in there waiting for you!).

Yay! I’m glad to try tea you sent me too!

A light and sweet Dragonwell green tea. No signs of bitterness, grass tasting or other off flavors, so more of a simple easy drinking green tea but one that I could easily see becoming boring if one drinks it too often.

I have to admit – I was anxious to try Dragonwell, and bought this one because I liked the tin and I didn’t want to spend a lot of money on a tea I wasn’t sure about. I actually think it’s okay! It’s not as grassy as Japanese greens, which is a plus for me. I can definitely tell this is not high quality due to the sticks mixed in, but it tastes okay. The leaves expand nicely and look much happier after brewing. I will definitely try the more expensive Lung Ching at my Asian market next time. For now, I’ll just drink this not-so-bad-but-not-great version. The tin was definitely worth the $3 I spent on this tea. I will be able to reuse it over and over.

We have traveled China bringing to USA the finest teas. Unfortunately in the USA we purchased Lung Ching Golden Dragon Green Tea believing it was from the same farm we visited in China. Our first cup of tea was tossed out because we found a long black hair in the first pinch of the green tea leaves. The rest of the can went into the garbage. Something must be done to improve the quality shipped to USA.