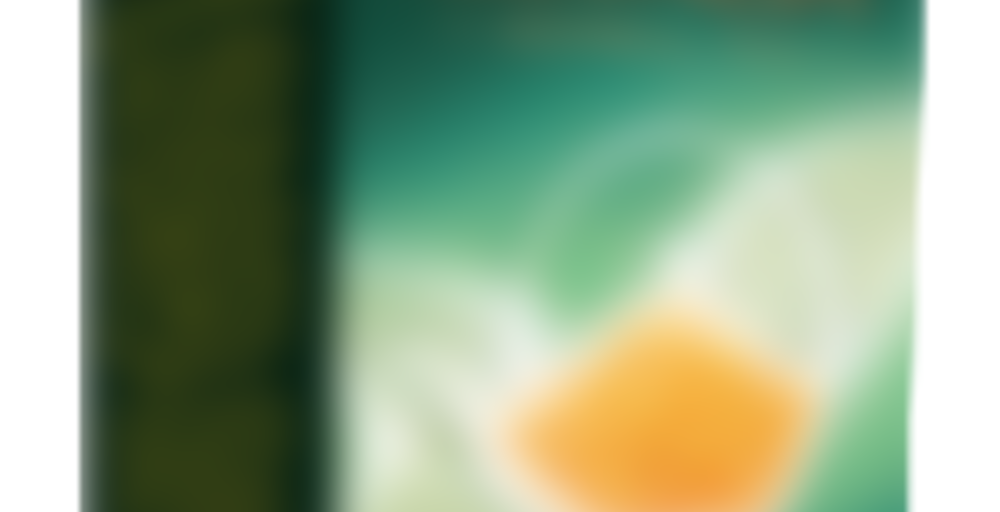 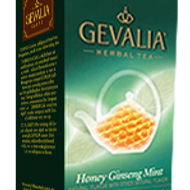 Sliced ginseng, crushed ginger root, and peppermint leaves make up this zesty herbal tea. A touch of honey rounds out the flavor. Delicious any time of day, but especially good after dinner or just before bed.

The Republic of Tea 65

I’ve been buying this from Gevalia for years! It’s cheaper then their coffees… It’s probably more accurate to call it a tisane since it doesn’t actually have tea in it – but peppermint tea, ginger root, and panax ginseng root as well as “natural flavor” (presumbably the “honey” for which it is named, and soy lecithin (beats me why!). But it is soothing as an after dinner drink before bed, yet somehow seems to also give me some zippy in the morning too (probably because of the tea’s effect on digestive issues even though it’s not sold as being a “health” tea, as such.).

As for preparation details, I’ve no idea how hot it is. Hardly matters because I won’t drink scalding hot beverages – I immediately cool them down to a more reasonable warm temp, using cream or milk or something! Same for steeping – I put it in with the water in the microwave and it can cook for 1 min 25 seconds before bubbling over. Or if I do it with the teakettle boiling on the stove, I probably steep it 2 or 3 minutes…not too much or it gets bitter like most teas do…just till it’s the “right shade”.