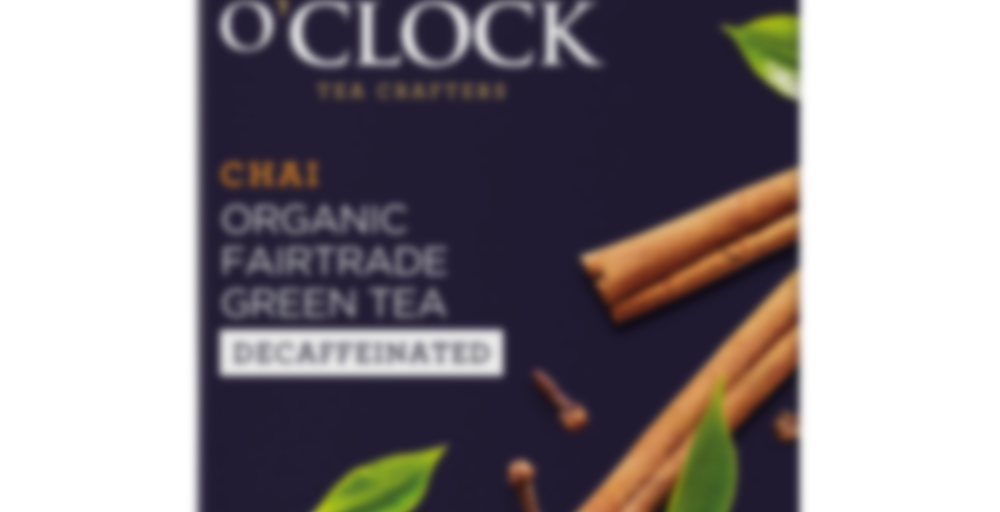 by Four O'Clock Organic
73
You

Why not combine the benefits of green tea with the same spices that enhance black tea and rooibos? Consider it done! Taste our unique chai mix with ginger, cinnamon and cloves. It’s perfect for smooth, decaffeinated lattés with a slightly sweet taste.

Another old; as from huge bags section.

As I am trying to drink caffeine-free teas today (I want to have nice rest while sleeping in night), I took this one, decaffeinated tea. I was sceptical, as caffeine-free teas are usually quite tasteless. ButI have oped, as this is with spices, it won’t be that bad.

It is not so bad, but base tea is almost non-present and spices are just “something in aftertaste”. It is not spicy at all, I noticed cinnamon and bit of ginger; tea was just hay-like or grass seed-like. It was very weak in all means of flavours.

It is such a shame, but yeah – it is decaffeinated tea, so… maybe it is feature. (It’s not a bug, it is a feature).

Currently, I don’t want to try it again, but if it is fresh? Maybe I would gladly to try again

Decaf teas really are weak in flavor, especially if they aren’t fresh. It’s always disappointing when you expect a nice, strong cup and end up with hot water that tastes vaguely of tea.

Yep, I hoped the spices would do the trick for me today. But even them were weak.