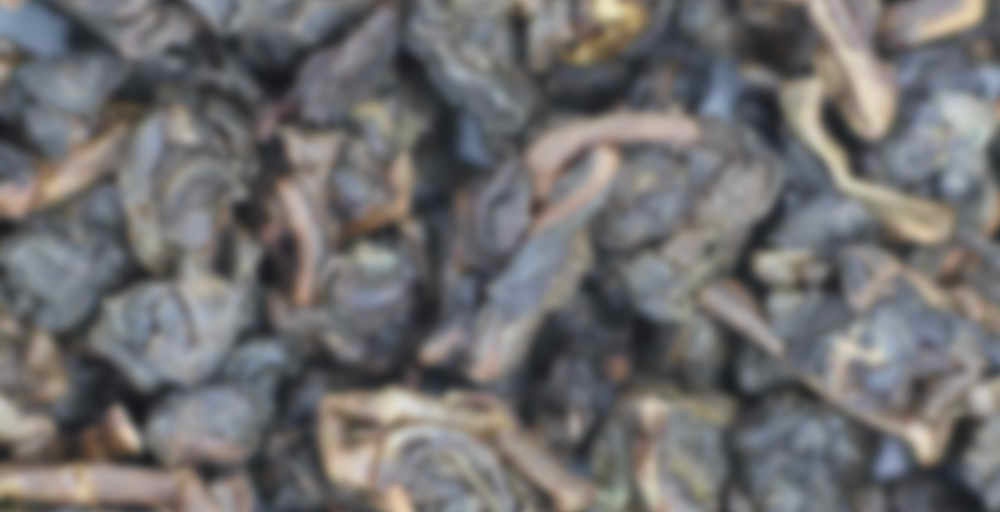 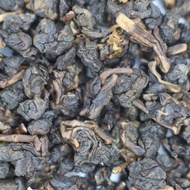 by Floating Leaves Tea
80
You

This Muzha Tieguanyin uses a 2015 Winter Tieguanyin as a base and the final roast was done by a tea friend, Mr. Huang, in April 2016.
Its rinsed leaves have a raisin smell and it’s roasted. This Muzha Tieguanyin is full bodied with a ripe stone fruit taste. I noticed a lot of Sheng Jin( salivation) effect from this Tieguanyin (one of my favorite qualities in a tea). It also have that unique “metallic” feel of a roasted Tieguanyin. It’s a well-balanced tea.
*This Tieguanyin is made from Zhang Cong Tieguanyin (true tieguanyin bush) varietal at Muzha Taiwan.

Gave the last of this to my brother for Christmas. I hope he enjoys it as much as I did.

Looking back through my reviews by month, it seems I almost always manage to review some sort of Tieguanyin each month. I guess that should not come as a shock considering that Tieguanyin is one of my favorite cultivars and has been for some time. I noticed, however, that I do not often review Taiwanese Tieguanyins and decided to rectify that. In truth, I didn’t have to go out of my way to do that considering that I had been working my way through a pouch of this tea for the better part of 2-3 weeks and was starting to run low. With that in mind, I figured it would be a good idea for me to go ahead and review this one while my most recent session was still fresh in my memory. I did not want to end up forgetting about it, finishing the last of the tea, and then trying to recall details and make sense of vague session notes days or weeks after the fact. So, without further adieu, here goes.

This Tieguanyin is a true Taiwanese Tieguanyin. It was harvested in late 2015 and the final roast was applied in April 2016. I acquired this tea directly from Floating Leaves Tea in either late summer or early fall of 2016. I prepared this tea gongfu style. As I managed to break my favorite 4 ounce gaiwan and cup earlier in the day, I used my 5 ounce easy gaiwan and cup set to conduct this review session. I utilized 7 grams of loose tea leaves for the session. After my usual brief rinse, the leaves were steeped for 8 seconds in 195 F water. This infusion was chased by 14 subsequent infusions. Steep times for these infusions were as follows: 10 seconds, 12 seconds, 15 seconds, 20 seconds, 25 seconds, 30 seconds, 40 seconds, 50 seconds, 1 minute, 1 minute 15 seconds, 1 minute 30 seconds, 2 minutes, 3 minutes, and 5 minutes.

Prior to the rinse, the dry tea leaves emitted aromas of char, dark wood, earth, and raisin. The rinse brought out aromas of caramelized banana, mango, papaya, and vanilla bean. I though I caught hints of butter and very light coffee as well. The first infusion brought out the butter and coffee on the nose, though I also began to detect hints of peach and custard. In the mouth, the liquor was initially very earthy and savory, offering gentle notes of moist earth, dark wood, char, butter, and vanilla bean balanced by barely perceptible touches of raisin, caramelized banana, and peach. Subsequent infusions better brought out the caramelized banana, raisin, and peach in the mouth. I also noticed that the coffee, mango, and papaya showed up as well. New aromas and flavors of wet stones, minerals, plantain, mild cinnamon, nutmeg, custard, cream, and yellow plum appeared as well. The later infusions mostly offered fleeting impressions of butter, cream, moist earth, dark wood, char, and minerals. When I really dug deep, I thought I could detect a touch of lingering fruitiness, but it may have just been me.

This came across as a very refined oolong. My experience suggested that it is best approached slowly, as its aromas and flavors are very layered and can oftentimes be extremely subtle and subdued. While I enjoyed this tea, I am not entirely certain that those new to roasted oolongs, especially highly roasted Taiwanese Tieguanyins, would be all that impressed with it. It takes more than a bit of work to get into it, but it is rewarding. So, all of this being said, I can offer the following: I would recommend this tea to those looking for a quality Muzha Tieguanyin at a decent price, but just be aware that this tea and others like it require work to appreciate. In the end, it was quite good, though I also found it to be somewhat labor-intensive to analyze.