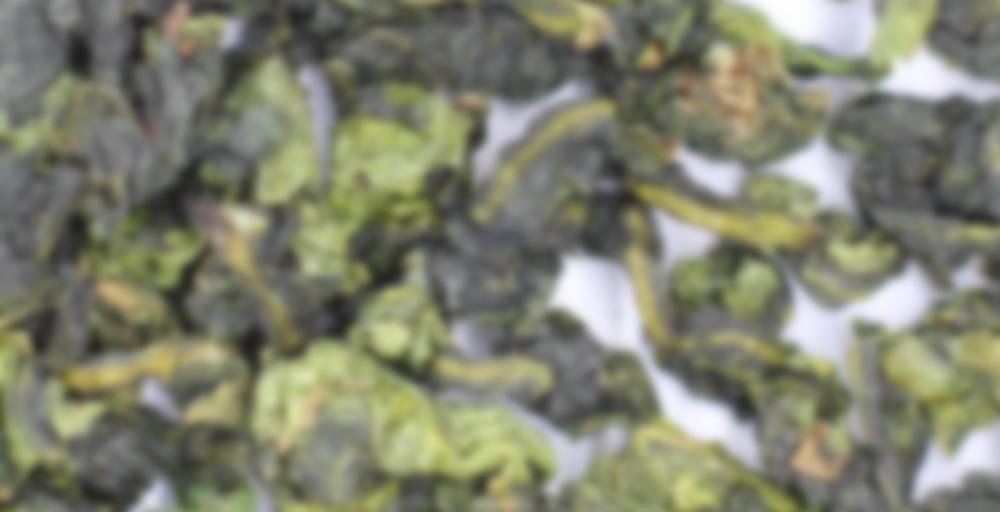 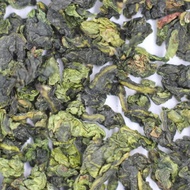 by Floating Leaves Tea
78
You

This Green Goddess was harvested in October 2015(FuJian’s major Oolong tea harvest is earlier than Taiwan, which is in November for winter Oolong).
The rinsed leaves smell like some kind of green vegetable. Its tea broth is medium body, fresh and smooth. Some customers think it feels like drinking a nectar. It’s a well balanced tea.

I stopped reviewing teas here in the last 6 months. Often I was drinking, but not recording any notes. Maybe I’ll do better in the new year? It’s definitely gotten me through the holiday season. My brother asked for some tea for Christmas so I sampled from my stash – gotta spread the tea love – plus it’s an easy way for a newbie to sample a large amount of teas at once.

At this point, I am still finishing some of the fall 2015 and spring 2016 teas that I bought late in the season. This jade Tieguanyin from Anxi, Fujian Province, China was one of my later acquisitions. It had been awhile since I had tried an autumn harvest Tieguanyin, so I jumped at the opportunity to try one of the previous autumn’s teas while it was on sale.

Prior to the rinse, the dry tea leaves emitted very mild aromas of cream, butter, and sweetgrass. After the rinse, the expected aromas of cream, butter, and sweetgrass remained, though they were joined by subtle aromas of lilac, violet, and saffron. In the mouth, the tea was oddly vegetal and grassy up front, offering a dominant note of sweetgrass balanced by flavors of cream, butter, steamed rice, saffron, violet, rose, and lilac. Subsequent infusions grew quickly more floral and savory, offering somewhat more pronounced aromas and flavors of butter, cream, steamed rice, saffron, violet, rose, and lilac joined by subtle hints of vanilla and custard. The sweetgrass aroma and flavor remained and continued to assert itself on the finish where it was joined by a faint hint of minerals. Later infusions grew grassier and more buttery. I mostly noted aromas and flavors of sweetgrass, butter, cream, steamed rice, and minerals joined by cooked leaf lettuce, though hints of vanilla, custard, and very distant floral impressions could still be detected in the background.

From the little bit of research I have done, I am aware that the reputation of the autumn Tieguanyin harvests tends to be variable. Some sources seem to feel that the spring harvests are smoother on the nose and more complex in the mouth, while others seem to feel that the autumn harvests produce the boldest aroma and the more balanced flavor. Generally speaking, most sources I have seen tend to favor the spring harvested teas. Personally, I usually favor the autumn teas. I love the robust aroma profile and the more savory character in the mouth. While I thought this particular Tieguanyin was rather good, I found it to be a little light in terms of flavor. Despite the tea’s age, I could not tell that it had faded all that much either (Floating Leaves’ resealable bags are opaque and do not allow light or much air, the tea was very carefully stored, and it was very lively in the mouth), so perhaps its mild, grassy character was due more to when it was harvested (October rather than November) and how it was processed than its age. Whatever the case, this was a mild, mellow, and subtle Tieguanyin with a very bright character on the nose. I rather liked it, though I have had better autumn Tieguanyins within the last year.