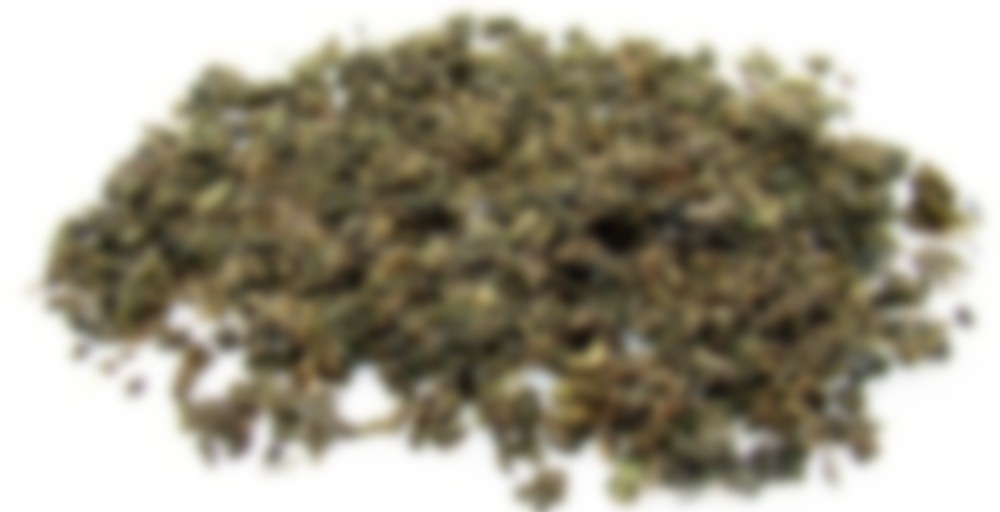 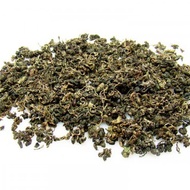 Gynostemma, also known as Jiaogulan by the Chinese, is a herbaceous vine that is indigenous to the southern China, southern Korea and Japan . It possesses leaves that most often are divided into five leaflets – usually with a larger leaflet at the end of the leaf stem surrounded by leaflets of decreasing size on either side. Jiaogulan is of the same family of plants as cucumbers and melons. It produces small dark berries that follow light yellow flowers. The tasty tea made from the stems and leaves of this herbaceous perennial vine have 4 times more ginseng-like saponins than either American or Asian Ginseng.

This vigorous perennial vine is hardy to 10 degrees and can climb 20 to 30 feet in a season. It prefers a moist partly shaded location and responds well to a fertile garden soil. Quite easy to grow and will produce a large crop to harvest for tea. This is a plant quickly gaining in popularity.

Jiaogulan broke into the consciousness of health practitioners from all over when in the 1970s, a nationwide census in China revealed that in a certain mountainous area, there lived a large amount of people that reached the age of 100 years and above. Research into the lifestyle of the people revealed one common dietary element: they all drank Jiaogulan tea on a regular basis.

This herb is receiving a lot of recognition for its use as an anti-aging tonic and adaptogen. It has been used in Chinese Medicine to delay the aging process and increase energy. Research in Japan shows that the herb has a powerful effect on numerous body systems. It also has been used in Chinese medicine to maintain healthy blood pressure and cholesterol levels, enhance circulation, increase energy without being over-stimulating, improve focus and memory, support a strong immune system and can increase stamina and endurance for athletes.

Gynostemma (Jiaogulan) Tea Benefits are legendary in the annals of traditional Chinese medicine. The Chinese regard the Jiaogulan herb as being a potent balancing agent of the 5 major body systems: cardiovascular, digestive, immune, nervous and reproductive systems. Consequently, Jiaogulan is said to contribute to optimum well-being and longevity. And practitioners of ancient Chinese medicine have come to regard Jiaogulan as an immortality herb. It is reinforcing to overall health and has a strong anti-fatigue effect. Strengthens the immune system. Used for a variety of health complaints. contains 82 saponins, some of which are directly related to the ginsenosides found in ginseng root.

Japanese scientists discovered that the plant contained ingredients very similar to those found in ginseng. Further research showed that jiao gu lan has a wide range of actions in the body, with a general overall effect of helping to balance and regulate body systems, such as the cardiovascular and hormonal systems. Studies have since been conducted which indicate that jiao gu lan has antioxidant properties and helps support circulation and immune systems.

Jiao gu lan contains substances called gypenosides. These are similar to the active constituents in ginseng, but jiaogulan contains over three times as many. Furthermore, jiao gu lan is believed to have a superior action to ginseng, being more supportive without causing overstimulation. In China it is often referred to as ’women’s ginseng’ since it is considered to be much kinder to women’s body systems than ginseng.

The water extract of jiao gu lan has demonstrated a marked effect in lowering cholesterol and triglyceride levels. Jiao gu lan,is also a main adaptogenic herbs, helps to support a number of body functions and helps to support the body in times of stress it can be beneficial for a range of people.It is particularly recommended for those who want to try and improve their energy levels, who would like to support and maintain their blood pressure, support maintaining a healthy cholesterol balance, support with a healthy immune system, assist the circulation and aid a bright and clear mind. It is also used to enhance athletic performance – especially as a constituent in a formula with extracts of dan shen and panax ginseng.

for 1 cup: steep a pinch for 10 seconds. can be resteeped 6 times

call me weird but of all the teas i tried in chinatown, i liked this one the best :)

unlike other herbs, this has an unexpected sweet aftertaste. like green tea, it can turn bitter when left to steep too long.

my aunt also likes this tea a lot and offered to buy it off me for twice the price, haha. im not sure if she meant it.

so i checked this out and it should not be taken by pregnant/breastfeeding women or if you are taking immunodepressant or blood clotting drugs or are scheduled for surgery in the next couple weeks.

my most preferred tea, is wonderful even after the 6th or 7th wash! it also has amazing adaptogenic properties making this tea superior for good health.

One of my all time favourites. I can drink this all day and night. It’s caffeine free so I enjoy this in the evenings over anything.