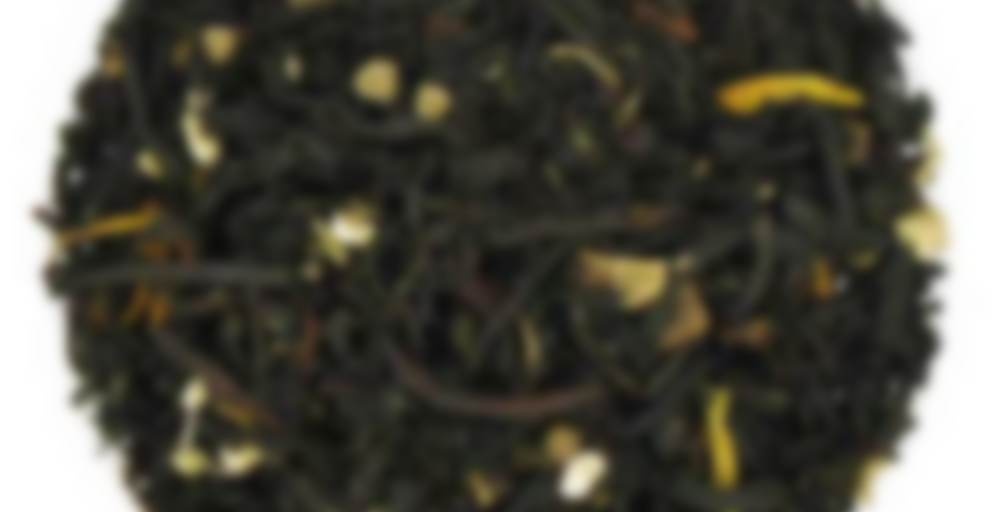 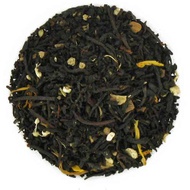 by English Tea Store
75
You

Typically made using a rich, black tea (usually Assam), this Vanilla Chai tea is loaded with traditional spices, like cardamom, cinnamon, ginger, cloves, and pepper, with a dash of vanilla. We recommend you turn your bag of chai tea upside down a few times after receiving it, as the spices can settle on the bottom of the bag during transit.

For a traditional chai, we recommend bringing freshly drawn cold water to a rolling boil. Place a heaping teaspoon of tea for each cup into the teapot and pour boiling water over the leaves. Let steep for at least 7 minutes, to bring out the “true” chai taste. While the tea is steeping, prepare your cup – use about 2 teaspoons of sugar, and fill about 20% of the cup’s volume with milk.

So I’m finally able to drink tea again after a week’s hiatus and I am separated from my stash! Right after a swap full of new goodies too. Ah well, at least my box from ETS arrived while I am away! Their samplers are BIG, given the price I thought they’d be teeny packets but they’re decently sized. 1-2 ounces of each, and the samples come out to well under $1 each.

This is an odd tea. It’s very strongly vanilla-y with some mellow spices. Not a bold chai by any means, it’s more like “lightly spiced vanilla” than “vanilla chai” but I like it. Lots of cinnamon, a bit of clove and ginger. It’s the vanilla that is at the forefront, and it’s almost creamy too. Very nice for late nights, minus the caffeine. The base is pretty innocuous, with a nice “tea” taste but nothing really to stand out.

The weird part is the sensation I get drinking this. You know that juicy feeling when you first bite into a slice of watermelon? It’s like that (minus the watermelon flavor)! Seriously, very strange. Kind of refreshing, actually, though this took some getting used to. So this is more like “Juicy Spiced Vanilla… with some tea.”

Glad you are feeling a little better!

Another one that Alphakitty included in the traveling tea box! This is one of those chai blends that is more black tea than spices. Surprisingly, this was still spicy, even though there were hardly any spices visible at all. I didn’t find much vanilla flavor at all, which is odd since I just read Alphakitty’s tasting note and she noticed that the most and we even had the same steep time. The black tea was very brisk, since the site said to steep for six minutes and I went for seven or eight. I like brisk though. Not my favorite chai, but pretty good! (Honestly, I love chai, and it was the first tea I had, but I’m not sure I’ve found a favorite yet.)

Have you tried Yogic’s chais? I find they have the best spice blend.

No I haven’t… onto the shopping list it goes! :D

oh wait, I just noticed there are a ton of them. Any suggestions?

I love the coconut kukicha chai and lemongrass genmaicha chai, but I think it’s hard to go wrong with any of their flavors!

The coconut sounds good! I’d love to try a roasted mate chai too… I wonder if those exist…

It seems I am out of chai for the most part – I might have one or two handy – but even those are low. I’m not going to keep this one from the TT but I just wanted to sample it – before passing one.

As you can tell I am in SUPER SIP Mode today! Right now…I think I could probably run a marathon. And I haven’t even started in with the Matcha-Marathon, yet.

As for this Vanilla Chai…it’s alright. The chai flavors are not over the top nor is the vanilla. It’s a weaker flavor all around but still pleasing.

The aftertaste is a little more roasted than the rest of the cuppa but still a nice effort.

As this cools are Room Temp for a few the spices are coming out to play – more!

That said, it’s a brisk (and strong) black base and the chai spices aren’t super potent. Surprisingly, it’s not the spices that turn me off this. The base is a bit much for me, and has some very slight bitterness and some less slight astringency. The spices I got initially were clove and ginger then some cinnamon. They all intensified as the cup cooled. As it cools down I can pick up the vanilla, but it’s never really in the forefront. More like an afterthought that never got completely realized.

Hopefully there are some chai spice lovers further down the tea box!

Boiling 7 min, 0 sec
Yours I Like This
9 likes
0 comments
Edit

So these English Tea Store chai blends are not as strong as I hope they would be, but it is good anyway! I have been brewing it Western style, so maybe thats the problem. I will use the rest of my samples for the stove. This is a decent cuppa tea to accompany breakfast. The vanilla flavor is very light, but this blend is nice and creamy.

Hmmmm. This chai was a little on the ho-hum side of average, and I didn’t really get any vanilla in the flavor… but then, I also didn’t notice the steeping instructions on the page here, which are a little different than my usual method of making chai. So, I will reserve judgment until I try it again their way! It sounds promising! :)

I like this tea, but I think, as reviewed earlier, the base tea provides a more “tea with vanilla flavour” than a “vanilla chai”. It’s good though and definitely worth checking out if you enjoy vanilla.