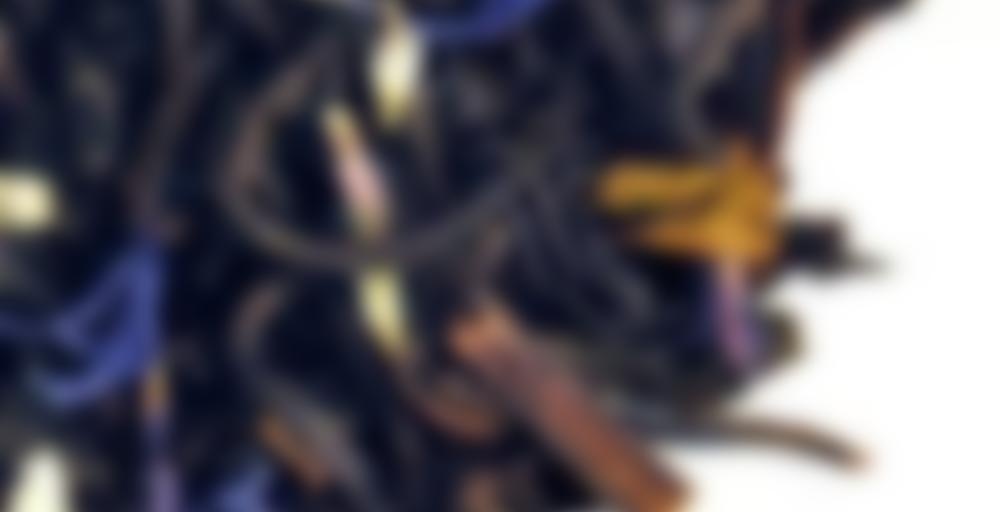 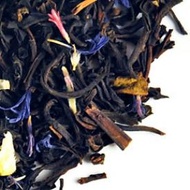 by Element Tea
74
You

Earl Grey is the world’s most famous flavored Black tea; it is delicately balanced with the oil of bergamot to give its exquisite Earl Grey character. This classic tea, combined with soft hints of cream, is truly a taste extravaganza.

Additional notes: I just needed a cup of something comforting today. This is one of my oldest teas but whoa, it is still just fantastic. The perfect briskness and the awesome bergamot here just tells me it ISN’T my tastebuds when it comes to bergamot… it’s other crappy bergamots. Even this “aged” bergamot is better than many fresh. This is a bergamot that can brighten my mood. I miss you Element tea!!!!!

Yet another tea provided by Mercuryhime. Thanks for sharing some awesome teas!

This tea is no exception. It has a well-executed bergamot flavor with a wonderful creamy component added to it. I’m not 100% sure how long I steeped it for because I set my timer for 4 minutes but then didn’t hear it go off. It doesn’t taste oversteeped though, and there’s only a slight bitterness. Nothing unmanageable.

I added milk and sugar and wow! Now it’s ultra creamy and delicious! I can’t believe I’m the first one to rate this tea. If you’re a lover of Earl Grey, you need to check this out immediately! The only reason I’m rating this in the 70s is because Earl Grey has never been one of my favorites. But I do still enjoy it, and this is one of the better EGs I’ve tried.

Very yummy and calming as I try to play Skyrim, which is continuing to freeze repeatedly even after patch 1.5 that was supposed to fix this problem for good. Screw Bethesda. They really suck. How could they release a broken game? It’s so frustrating! The latest patch has only made the freezing worse. It’s literally unplayable now.

I"ve been wanting to give Skyrim a try but now I’m not sure. :P
I’m glad you’re enjoying the tea though!

Hahaha! Well, Skyrim is one of the best video games I’ve ever played. I cleared out my data folder on the PS3 and re-downloaded the patch. Now it seems to be working fine. But it was really frustrating!

The best. Wow. High praise. :) may I ask what your other favoritse are to see if we have the same taste?

I have it on xbox and it hasn’t frozen yet, but it’s bethesda and I know it’s only a matter of time haha. Really is the best game in the world though, imo!

Dragon Age Origins & Final Fantasy VII & VIII are my other favorites. I also like the original Harvest Moon (SNES & PS1).

Yes! Origins! I have to get back to playing that :) FF VIII froze on me 75% through the game – I couldn’t fix it and I didn’t want to play it again so I may never know what happens lol. Good game choices my dear!

Good games! :) FF VII and VIII have confusing endings but I stlll enjoyed them mightily. I guess I’d probably like Skyrim then! I seem to prefer reading to games these days though. Plus husband is always hogging the PS3 with boring FIFA or some other sport game.

Just have to add — didn’t Bethesda make Fallout 3? My brother would play that game (I loved watching the game like it was a movie), until it froze forever. He couldn’t download the patches because he didn’t have the internet hooked to the xbox. But it IS frustrating that Bethesda makes such detailed games but they don’t fix the bugs before releasing them. It’s like they make the games ALMOST perfect but not quite. Also, glad to hear you like Final Fantasy VII! I have a copy I’ve been waiting to play for a while now (bought it from ebay a few months ago!), but like Mercuryhime, the books are piling up. I just saw these comments because I just reviewed the Element creme earl grey which I loved!

Yeah, they made that one too. They’ve fixed most of the issues with Skyrim now, including the freezing one. But for a while there, it really was unplayable. I just love it too much to give up on it for good. It’s one of my all time favorite games, glitches and all. Play FF7 noooow!!!! That is the best game EVER! Best characters, best story, best music, best magic system, hands down.

my first Traveling Tea Box Tea!
sorry swappers box, you’re going on the back burner for a little while.
behold!!! http://instagram.com/p/a-AXluoc7_/

i only took one little teaspoon of this tea so that there would be some for another sipper. i really think i obsessed too much over how much to grab of what teas. i basically didn’t feel comfortable with finishing a single tea off entirely. so i just took small little scoops of the less abundant teas like a weenie. it’s my first traveling box experience. i’ll make more gutsy choices next time i’m sure. hah

i don’t think this tea would get bitter even at 5 min. it’s a good strength for my taste. good leaves i think. though i would like it to be a bit more cream-creamy. on my second-ish steep i did what CHAroma did and added cream and agave.

i’m gonna reach 400 tasting notes before i get through these TTB samples. that means 400 teas tasted. now that’s hawt.

ya! maybe i’ll hit 400 this weekend. if not this weekend then definitely monday. and i only log each tea once so that 400 teas i’ve tasted to date! i have a fun life!

Element Tea included this is a sample in my recent (first, last, and never again) order from them. Sad they are going out of business, but yay for cheap tea. I ordered three real teas, and you would think I’d try them first, but nope. When I saw this was an included sample, I got really excited, because I almost bought this, but didn’t.

I’ve been searching for a tolerable Earl Grey…. and this is not it, unfortunately. I steeped this for 3 minutes with boiling water, and at first I thought it was too bitter… until I realized it was just very citrus-y. Almost like a grapefruit peel. Ick. I think that’s the Oil of Bergamot coming in that I’m not a big fan of. I was hoping to taste some creaminess, but all I get is that citrus taste. Not good :( .. It does have an interesting smell to it.

I decided to cut this with some skim milk, and in doing so, it’s a lot better. BUT, I still want a tea that I can drink straight, so having to put milk in it to make it tolerable shouldn’t really be necessary. I don’t mind a tea where the milk enhances the flavor, but no point in buying a tea that I can only drink under certain conditions if there are others I can drink straight- right?

Second infusion at 3 minutes: Brewed this again at 3 minutes, and the second infusion is not nearly as strong – which is good. It tastes less citrus-y and more like black tea. I just think I’m not a big Earl Grey fan, and may never be. How sad :(

Boiling 3 min, 0 sec
Yours I Like This
8 likes
9 comments
Edit

I’m the same way. I’ve never found an EG that’s tolerable without milk. Although the EGC from David’s Tea is really, really smooth.

Hmm.. I’ll have to look into that. Too bad David’s Tea doesn’t really do samplers :(

I’ll send you a bit if you want, I have half a tin sitting around.

Upton’s EGC is also very smooth and only lightly beramot-y, plus they sell samples!

@Michelle – Oooh, that would be awesome! Thanks :-D

@Alphakitty – I’ve considered getting Upton’s. Is this the creamy one or just the straight?

The Creme Vanilla is very lightly citrusy—I’ve never tried their standard EG, but if you’re looking for a subtle bergamot taste the creme vanilla is about as light as you can get while still being an earl grey. I have 8oz of it, so if you’d like a sample PM me ^^

Harney and Son’s Earl Grey Supreme is pretty light, but still tasty. I would definitely recommend it.

First tea I’m trying from tea box B, I really should also get back started on box A now that I think about it! This one though has very few teas I don’t want to try.

I thought this might be something good for having this morning, plus I wanted to try making a EG cream without over steeping it.

At first sip this was almost terrifyingly bergamot tasting. Since I had to make a ton of bread last night and we got whole milk for the purpose, there’s still a cup left so I added a little to the cup and now it’s a lot more tolerable.

I think this one is just a bit too strong for me, I like Earl Grey but some of them just are way too much flavor for me. It actually feels like the vanilla is increasing the strength of the bergamot oil! The milk did kind of smooth it out, and it is definitely creamy tasting, but the way it switches over to this strong citrus note is a bit too much for me.

Aw, I was hoping including this one in the tea box would convert you to an Earl Grey Cream fan! I am glad to hear that you’d like to try most of the teas in the box though.