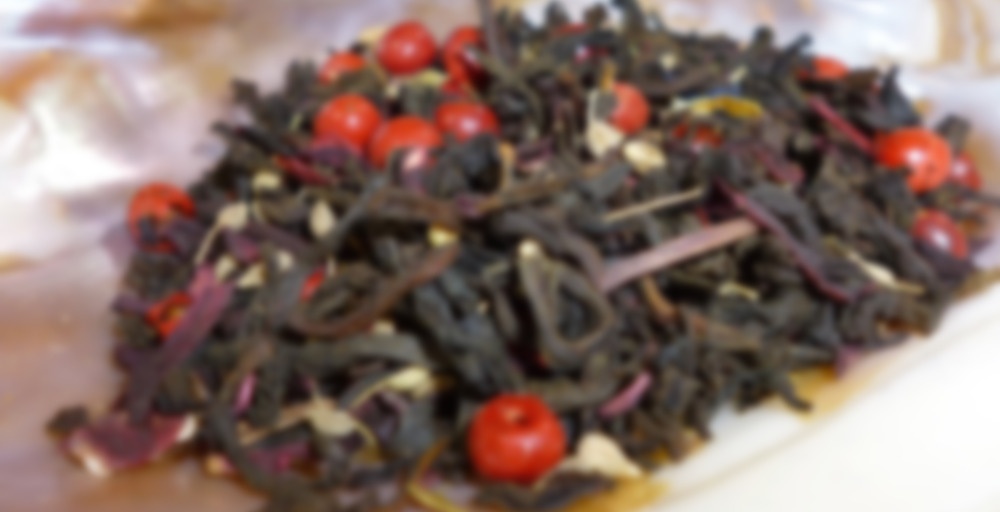 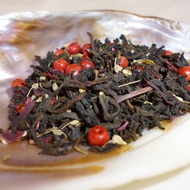 Inspired by the world of Pandora Celtica, and by one of the musicians. This blend is inspired by Rubiee, Mistress of the Keys, Keeper of Pandora’s Box and Glitter Bomber Extraordinaire. This tea is a spectacular blend of Elderberry, Plum and Pink Peppercorns with a tiny splash of anise, cinnamon and clove.

tl;dr I need a little rant, scroll down for tea.

Did not have a good day, I thought it was going to go so well because I got through 4 traffic lights that usually require me to sit at least 10 minutes total. I brought the wrong textbook to study on the train (though that I think turned out ok), and some guy decided to grab me by the elbow downtown and mock me when I yelled at him not to touch me.

I’m actually getting really tired of it because I am harassed almost weekly now, if not more sometimes. I skip class a lot because I don’t want to deal with it. I’ve had a guy start hitting on me just because I sat down next to him on the train when I had no other options. I’ve had two guys touch me despite the fact I am ignoring them saying excuse me. I have heard comments that don’t need to be said about my butt. Only once has a cop been close by for me to do anything. I’m about to carry pepper spray and use it.

I’m just tired of being violated. That’s how it feels to have someone mock you for getting upset they just touched you without it being okay. And he mocked me because apparently he’s free to do what he wants and there is just SO much wrong with that kind of mentality. And there’s so much wrong with that area of Atlanta. They just allow these guys who clearly have nothing else to do loiter around and stuff like this shines a bad light on the city. You know, I rolled my eyes at first when this whole bad ass mall cop thing came out on reddit which spread to the local news, because I knew that wasn’t Atlanta, but with that, a WAFFLE HOUSE charging 20% more for security at night, and all the crap I deal with, Atlanta deserves the rep. Instead of focusing on actual problems, it’s all this stuff with a new billion dollar stadium for a football team, despite the fact there’s a perfectly good stadium already there.

So after my test I just came home and eat whatever I wanted and watch a movie and drink tea. Though, this is from last night but I noticed the dashboard wasn’t working.

This was way better than I expected it to be. I thought it would end up being too spiced, but it was very light. None of the spices really stood out, as I was expecting it to be really peppery from all the peppercorns.

The elderberry was really good. I had just had that Wonderberry Truffle oolong from Teavana earlier which is strongly elderberry, and this tea just blew that one out of the water. Mostly because I could also taste the base tea still.

This is the first of my Dryad samples where I feel like I need to get a full ounce of it. I think it would make a good iced tea too, almost like a spiced berry-based punch.

It kind of reminded me of Glitter and Gold if it was a little toned down in spice, and with berry instead of citrus.

I’m so sorry that is happening to you. :( I am absolutely phobic about strangers touching me, I usually stand on the subway just so I don’t have to deal with physical contact.

This is half of the reason I don’t use any public transportation except airplanes. I am strongly anti-touch even with people who know me so I am NOT okay with strangers doing it. Seattle doesn’t seem so bad though, though part of it might be that I just don’t go out much.

That is absolutely terrible. It’s disgusting how people think they can treat a person however they like, because really, what are you going to do, punch them? They’d sue you if you did.

Just do what I do when people do that. Act and look crazy…. people won’t mess with you. Pic related.
http://www.islandbean.com/images/CrazyGirl200.png

Ugh so sorry that happened to you. :( I get really claustrophobic on public transit here as well.

Ze_Teamaker, that’s what my mom taught me when I was little! “If anyone is ever following you or making you feel uncomfortable, start talking loudly to Jesus.” I’ve actually done it before, once you give off the crazy vibe they DO leave you alone… but I usually reserve it for situations where I feel threatened and am mostly alone.

I am so sorry! That is terrible.

Agh. That is not cool. I’m not super fussed about being touched if it’s accidental… but I don’t think anyone’s ever deliberately grabbed my elbow or anything of the like. I’m not entirely sure how I’d react :/ The worst harassment that’s probably ever happened to me is when I was driving with a learner’s license and some jerks thought they’d drive beside me and be all lewd and such, and keep up with me regardless of my speed. I tried my best to ignore them but was really freaked out, as it was 1am or so, but luckily my boyfriend was in the passenger seat and I managed to take an exit without them following me :/ It’s no wonder women carry pepper spray, hey?

Also Alphakitty, the “talking loudly to Jesus” bit makes me laugh and think of April Kepner on Grey’s Anatomy… haha.

Phew, I was out all yesterday with 2 food festivals – Watermelon Festival and the 626 Night Market. The former being a complete bust and a crappy festival. So this morning I’m dying for tea. I just had pu’er yesterday to keep me going.

This black from Dryad tea is interesting – I can taste plum and elderberry – which have a bit of tart to it. In the background is the black tea base, herbally notes and some light spices. Definitely an unique tea and would be best iced, but the tart and spice isn’t winning me over.