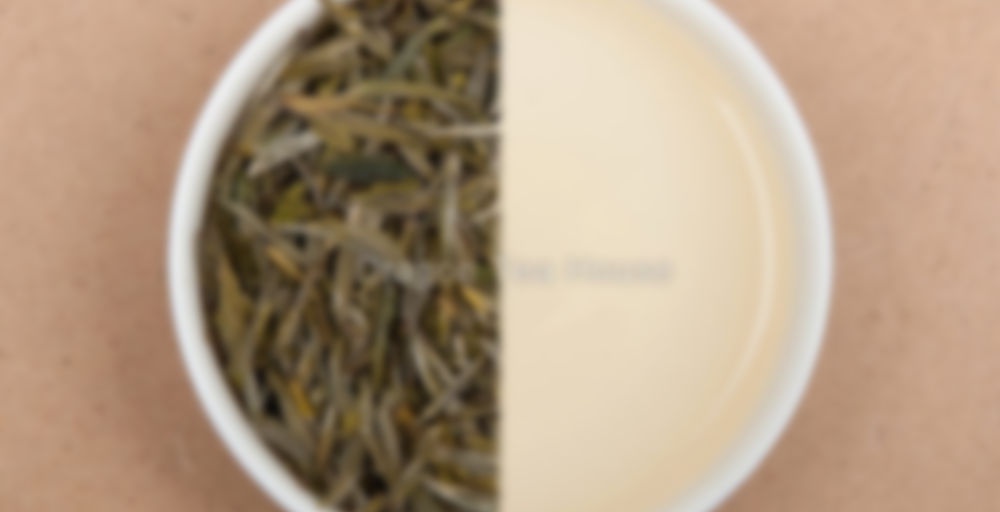 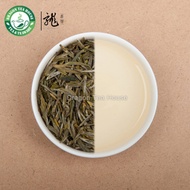 by Dragon Tea House
77
You

Jun Shan Yin Zhen means Silver Needles of Jun Shan suggesting its color, size, and place of origin. This tea is perhaps best known in this century as the favorite tea of Chairman Mao. Its small, perfectly formed buds are grown near Dongting Lake in Hunan province where only five of the original Yinzhen-producing trees remain. Jun Shan Silver Needle is a rare Chinese yellow tea produced in the Mount Jun area in Hunan province. It was revered enough to be presented to emperors as a tribute. Only the buds are used to make this tea: they are picked according to The Nine “Don’t Pick” rules established around 1100 AD.

Jun Shan Silver Needles is amongst one of the top ten green teas of China and is considered to be the best Yinzhen (needle) tea available. It is supposed to be a yellow tea, but yellow tea, being really rare and only meant for the royalty last time, it has been confused with green tea, and many people would categorise yellow tea as green sometimes. Only 5 ancient tea plants are known to produce this tea, planted on the south of Dong Ting Lake on Jun Mountains. The tea is made up of matured buds picked within 24 hrs of maturity, and every bud is of the same size, with a natural coat of silver hair. What makes this a yellow tea is an extra step in processing during which the tender white-haired buds are covered with mats which, while not causing oxidation (as in the case of oolong and other darker teas), produces their characteristic pale gold color. The crystal clear brew is pale yellow in color and the leaves stand up vertically like needles when brewed with water at around 85ºC. Steep till the needles sink to the bottom of the brewing cup. The tea has a light woody scent, complex and rich, which has an intriguingly delicious flavor which combines rich fruity notes with a woody hint of smoke to produce an almost eternal, sometimes hinting a bit of cedarwood, lightly sweet aftertaste. It is particularly sweetish if brewed with spring water. If brewed at the correct temperature and steeping time, when drunk, it gives you a warm comfortable feeling as the tea travels down your throat, feeling your chest with warmth. It is really a great tea, despite being really expensive, a must-try and must-have for people who are after exotic imperial rare teas.

This tea has a sweet, earthy fragrance and sweet, mellow taste. The yellow-silver color and needle-shaped leaf give this tea its name. It is known as the “floating forest of needles”—when brewed, the tea stands up like floating needles. Folks from Hunan like to show off this tea by brewing it in tall glasses to best display its special characteristics.

Ranks 5th in Ten of the Most famous Chinese teas.

Yellow Tea, a variety little known outside of China, is in fact all but unknown in the long tea history of China. In this exquisite tea category, are some of the most famous tribute teas since the early Tang Dynasty (618-907AD). As the name suggests, yellow tea is yellow in color—both the leaves and the infusion; this color is acquired by adding an extra step, called “Sealed Yellowing”, to the process otherwise fairly similar to the making of Green tea. The length of the yellowing process can vary from thirty minutes in some teas to six days in others, creating a Yellow tea that may be hardly distinguishable from Green tea to one that is distinctively golden. The yellowing process brings about some complex and subtle changes that mellow out the grassy, bitter edge of the Green tea and enhance its aromatics.

I was a bit afraid of this one as my first encounter was with an unbearably bitter version, and no matter what I tried, I couldn’t avoid the bitter (short infusions, cooler water, less tea, nothing helped). So I only bought a little of it to try out from a different source, because I couldn’t believe that first batch was truly representative of a tea that is traditionally on many ‘10 famous teas of china’ lists.

in about 6 oz water in my glass mug

‘until leaves sink to the bottom’ of cup: Still vertical at 1 min 20 seconds, and I’m getting nervous: stopping brewing to drink now.

Brilliant stuff: light yellow liquor, delicate, vegetal, grassy, green-tea-like, but not green tea. This is far better than my first experience with the stuff. There is a richness and sweetness here that is distinctly like a fine oolong, but the vegetal greenness is distinctly different. Wow. This is what I expect from a ‘famous tea’.

The leaves—downy deep olive green needles—are very similar in appearance to the WHF version that was so powerfully bitter, but the bitterness is powerfully muted, at least in this first infusion.

More of the same, beautiful stuff.

I stopped writing at that point, although I did not stop infusing. I was doing chores and moving around the house, brewing infusions rather carelessly and untimed, but I did get at least six and probably eight before I stopped. Yummy stuff.

Meh tea. I got the 2022 harvest of this tea as the only tea I ordered from DTH to try them out. Beautiful leaves and a rich aroma especially in the dry leaf that reminded me of the spicy peanuts I ate back in Taiwan. Liquor is a beautiful slightly pale green-yellow sheen. Flavour is average, a bit too light for my taste with only a slight nuance, texture is average to decent, slightly oily and smooth. Character is mediocre, not a lot of steep variability. Finish & aftertaste was surprisingly decent, juicy finish with a lingering hay note at the back. Cha-qi is almost non-existent and steep longevity is mediocre to decent, topping out at steep 7-8.

Maybe I’ll give DTH another shot in the future, but I got other teas to drink for now.