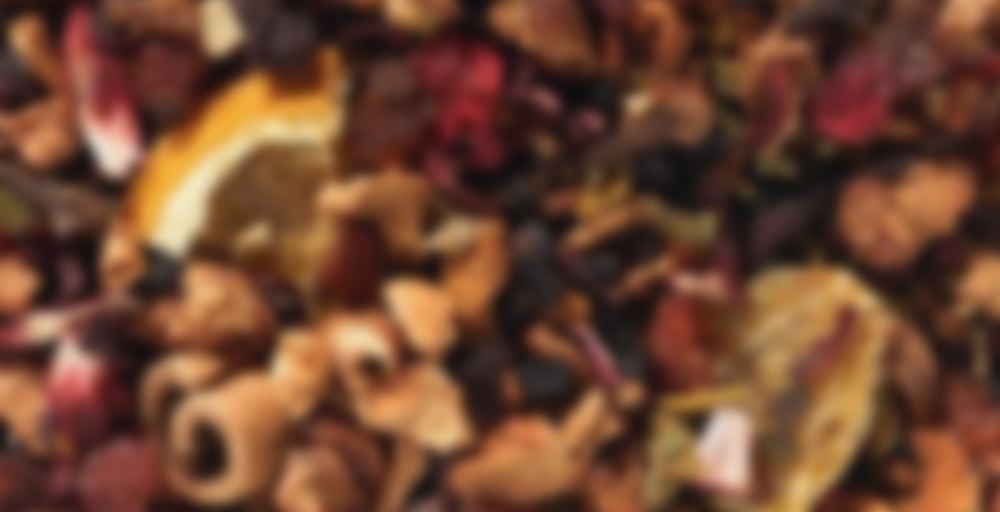 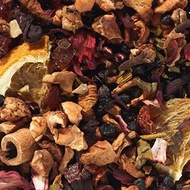 by Dethlefsen & Balk
77
You

A new interpretation of an old classic. The tempting taste of spiced sweet and fruity red wine, refined with sugar, cinnamon, cloves and juicy oranges starts off the festive season and keeps us company with good wishes well into the new year. Makes you surely want to hum a couple of jolly Christmas tunes.

This is the wholesale source of:
Holiday Cheer from Angry Tea Room
Spiced Wassail from Tealyra

Holiday Tea-son! I have this tea as “Holiday Cheer” from Angry Tea Room, but it is sourced from Dethlefsen & Balk; Tealyra also has the same blend from the same source, which they call “Spiced Wassail”.

So, this is very orange peel heavy, and has lots of cardamom, which wasn’t in the original blend, either. The original blend also apparently had mistletoe in it, which this version does not. I would’ve found that interesting… * shrugs *

It’s a spiced cider blend, but brews up a very orange color, so despite the hibi-hip being listed rather high in the ingredient listing, it honestly doesn’t have much influence on the brew. This isn’t a red tea, and it isn’t very thick or fruity. It is very orange forward, with lots of spice! The orange citrus has a bit of a citric tartness to it, and actually tastes a bit rind-like, with some slight lemon notes to me. I am getting a nice cinnamon flavor to the spice, with a strong pop of strong, spicy cardamom toward the end of the sip. It is a bit apple cider like, only with a more tart/tangy profile from how citrusy it is with the orange base.

I really like it. I’ve been enjoying my really punchy hibiscus spice ciders, but I’m really liking this one too, as something similar but a change of pace. The cardamom blends with that sweeter cinnamon very nicely!