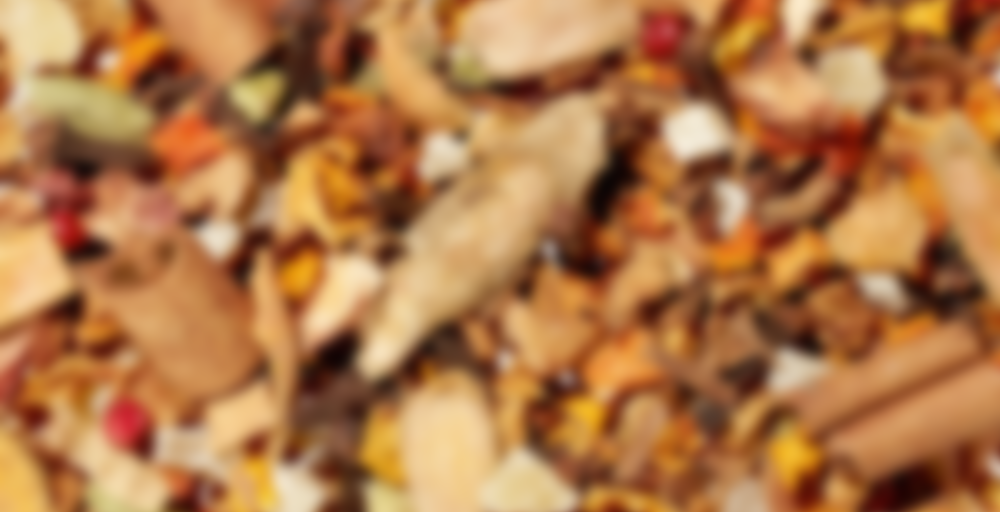 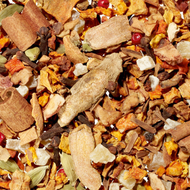 by Dethlefsen & Balk
72
You

The quintessential sweet American pie is replicated perfectly in this fruit tea blend. With pumpkin pieces as the base for this tea, the spiced pumpkin flavor is true to life. Further, the pumpkin is beautifully enhanced with just the right amount of spices to make this tea a must have for the fall season.

Reposted review. I bought this blend as “Perfect Pumpkin Pie” from Tealyra, but they source it from Dethlefsen & Balk.

This is an interesting tea. I’m a huge pumpkin fan, so if I can find teas with pumpkin in them (that aren’t just pumpkin spice blends) I get pretty excited. Especially if the pumpkin isn’t paired with banana (as I don’t do banana). This one actually fit the bill.

The scent of the tisane is really strongly spicy though… I’ve never had turmeric before, but since I couldn’t place the scent, I had no doubt that had to be it (it was like a more pungent ginger, and from everything I’ve read about turmeric, that seems to be pretty accurate). Brewed up, more spices come out in the aroma. The turmeric still has a very strong scent, but I can make out ginger, cardamon, and something sweet, like hints of vanilla. The aroma does evoke a sense of pumpkin pie, but far more spicy and earthy.

The flavor, however, was not what I was expecting. It didn’t really taste very… pumpkiny. There was a sweetness to the base, likely from the apple, but the turmeric dominates the flavor way too much, and it just isn’t a flavor note that makes me think of “pumpkin pie.” It gives the tea a somewhat earthy taste that seems a bit out of place. That said, the blend isn’t bad… it is not the “perfect pumpkin pie,” that I was hoping for, but it does have a nice, savory, autumn spiced cider flavor. Past the strong turmeric there is a nice gingery flavor, with some cinnamon and peppery spices that close out the sip. There is a nice warmth to the spices, but it doesn’t linger, and instead a sweet orange-apple flavor is left lingering on the tongue.

I tried the tea as a latte, but the flavor easily gets overwhelmed by the milk, so if making it this way either make a very strong infusion of tea, or only add a small dash of milk. The warm milk does add a nice, creamy dimension, once I found a good tea-to-milk ratio.

I’d say this is a decent spice herbal blend, and a good “autumn flavor” tea… but a horrible pumpkin pie tea. If you are ordering it based on the name, you’ll be disappointed! This definitely is more of a savory blend, not a dessert blend, and just doesn’t have much of a pumpkin flavor.