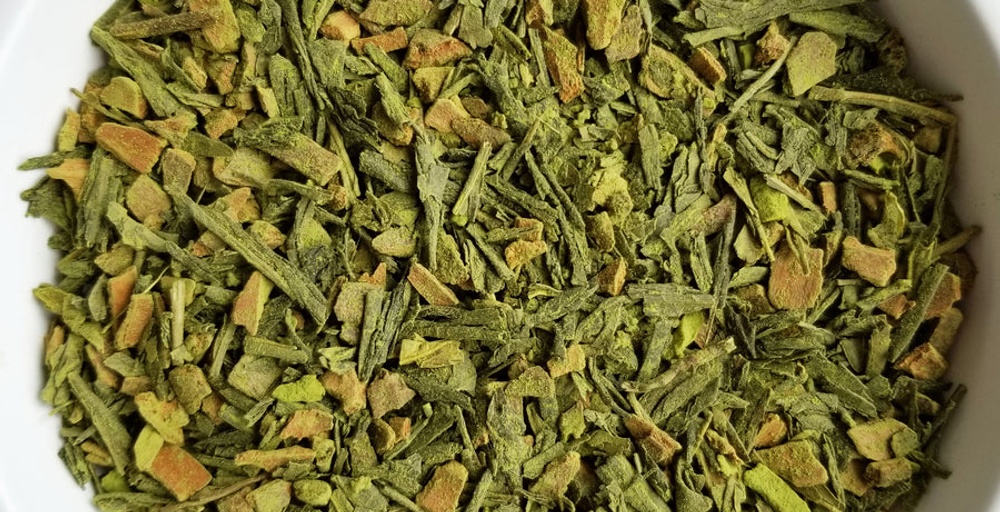 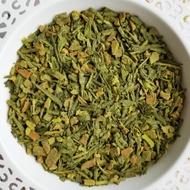 by Dessert by Deb
71
You

Japanese and Asian patisseries around the world are known and loved for their modern and wildly fun takes on classic desserts and French pastries, and at Deb’s patisserie, we elevate the beloved cinnamon sugar baked good with a hit of matcha!

Steeping instructions: 2 tea spoons at 200F for 5-6 mins steep and prepare as a latte/with milk!

This smells like cinnamon sugar toast.
The flavor is more muted than I would have expected based on the scent. But, the cinnamon is still present.
I’m honestly not tasting any matcha. Just cinnamon, sugar, and coconut. I really wish Deb would use less coconut and maple in her blends. Many great blends have been ruined with the addition of those 2 ingredients.

I’m not really into the cinnamon flavour here, and I don’t think I’m a big fan of these matcha blends either. Not a favourite, but I’m also not the biggest fan of cinnamon teas in general, so not surprised.

Cold brew! I also tried this one hot but apparently didn’t write a note.

It’s quite similar cold though. Mostly cinnamon with a hint of pastry-like sweetness and some vegetal and umami notes from the matcha. The coconut does seem to approximate donut rather well, which is cool.

But really I just find it a bit boring overall, and sometimes the umami pokes its head out a bit too much which makes it a bit like drinking cinnamon sugar seaweed… But it was interesting to try!

Oh wow, the smell of the dry leaf of this tea takes me right to summer carnival and those greasy bags of piping hot, fresh mini donuts doused in cinnamon sugar. It’s the perfect amount of light cinnamon with that sweetness and fried dough aroma…

Steeped up, I have to say that I feel this is really accurate! The cinnamon is present and a little sweet but overall fairly light, the sugar is a reasonable level and it offset the umami of the matcha and green tea coming out in the cup. However, most impressive to me is that this has that starchy friend dough taste that does really come across in a carnival style mini donut. I’m not sure that I personally love the flavour of that fried dough – it’s a bit fatty for me and I found it built too much on the palate over the course of a full mug. However, big props for nailing the concept – it’s not bad at all, just a smidge outside my preferences. I think milk would actually help thicken up the cup and cut some of what I’m perceiving as oily or fatty, though. So, making a mental note for myself to try it with a splash of milk next time!