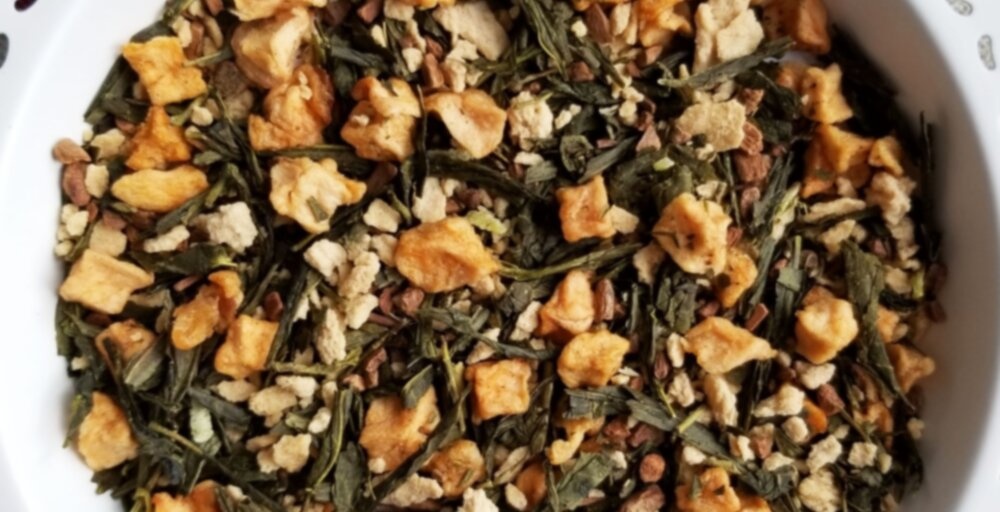 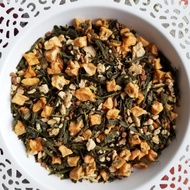 by Dessert by Deb
75
You

In the gigantic and delectable world of desserts, complex, innovative, and outside-the-box is fun and wildly exciting, but let’s be honest, the classics are classics for a reason and we can all agree that we bow down during fall (and really, all year long) to the all-mighty classic that is APPLE PIE! The comfort, the yumminess, and the downright intoxicating aroma of apples and cinnamon in a freshly baked pie is second to none. This green tea blend boasts plenty of apples, cinnamon, and maple for a warm and delicious dessert cup, time and time again.

This reminds me a lot of Deb’s Matcha Cinnamon Sugar Donuts blend but just less oily/greasy and with more of a baked apple flavour. Very good balance of warming, woodier leaning cinnamon with that pleasant apple note. I think I would have probably expected a stronger apple taste given the name, but not necessarily sweeter. In fact, I’m REALLY happy with the overall level of sweetness here. Even with a more light and delicate apple note, it’s a very pleasant tea and I like having those softer autumnal options in my stash since so many autumn teas are very, very sweet or very spiced.

Another one that I chose to cold brew.

It’s light but very tasty. It definitely does remind me of apple pie, though with a bit of coconut thrown in. There’s some light sweetness from the maple and apples, and it’s just the right amount to give it a more desserty flavor without it tasting sweet. The cinnamon pops a bit toward the end of the sip and, together with the coconut, leaves an aftertaste reminiscent of horchata.

It’s sort of like an apple pie + horchata mashup, and I’m here for it ha ha. Bumping the rating just a little since it’s much yummier cold brewed.

I can’t believe I never reviewed this, but I really enjoyed this blend. I can hardly taste the vegetal green tea taste. It mostly tastes like cinnamon, apples, and the coconut gives it an interesting mouthfeel. I wish the apple/cinnamon notes were stronger though!

It reminds me of the pumpkin pie tart tea Deb has. I quite enjoyed this one! :)

I received my holiday Dessert By Deb haul this morning, and this is the first blend that I opted to try.

The coconut took me out of enjoying this blend fully, unfortunately. I don’t get an essence that screams ‘apple pie’ in the scent nor in the flavour once steeped. The coconut does a well enough job at mimicking the taste of pie crust and there’s a nice natural sweetness throughout, but the apple-cinnamon profile that is the epitome of apple pie is incredibly light. Almost to the point of being nonexistent.

I’m not sure if my deviating from the suggested steeping parameters had a hand in my non-positive experience, but I will make sure to play around with the steeping on my next go-around with this tea. I’m not ready to give up on it just yet.

I got this one too in my latest order! So excited to try it! :)