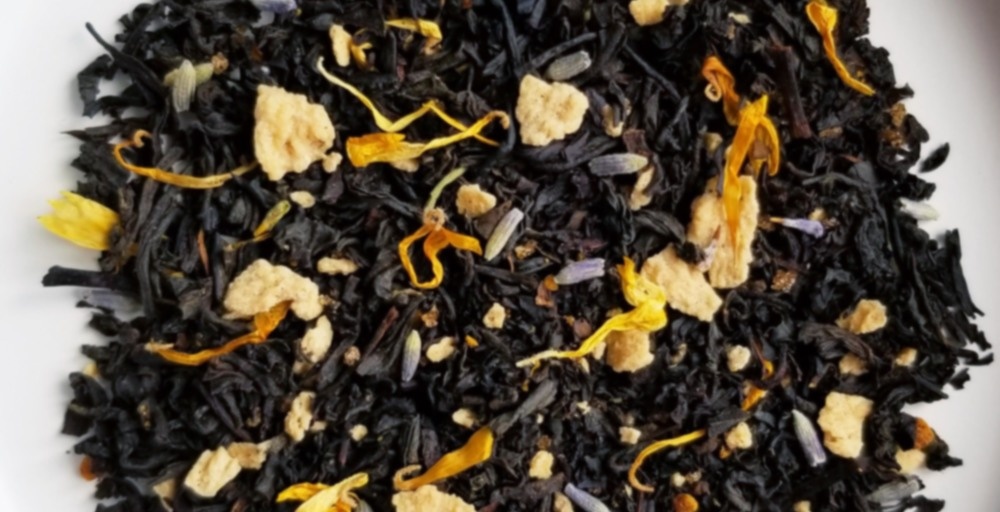 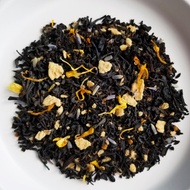 by Dessert by Deb
73
You

An afternoon tea collection wouldn’t be complete without a quintessential classic: Earl Grey! Whether you love it or leave it, an Earl Grey can be found on all afternoon tea menus, just waiting to be hit with a sugar cube and splash of milk, or a slice of lemon to bring out that bright bergamot flavour that Earl Grey tea is so known for. Here, Dessert by Deb kicks it up a notch by creating a dessert Earl Grey tea blend worthy of any three-tiered affair!

Earl Grey Tea Cake combines the classic black tea laced with bergamot with sweet notes of honey and bee pollen, maple, brown sugar, and a kiss of lavender for a twist on an ultimate classic.

Does anyone else hate the smell of bee pollen…? I find it so unpleasant, almost like wet dog but worse, it’s hard to describe. I don’t ever see other people mention it, so maybe I’m just crazy heh…

Happily, I can’t taste the bee pollen (or at least, it doesn’t taste the same as it smells). I do like this better than the Earl’s Sugar Cookie I tried yesterday, because it doesn’t have the same somewhat out-of-place sweetness to it. It does seem quite similar to Lady Grey’s Garden though, with the lavender. I’m not sure how much I’m getting honey, if at all? The amount of lavender is nice though, even though I’m not a big lavender fan I still like it, and it tastes more lemony than soapy to me. I think I maybe just got a hint of honey at the end of the sip?

Mostly it’s just a perfectly pleasant lavender Earl, with a somewhat earthy and musty base. I don’t know if Deb uses a pre-mixed Earl Grey base for this, but I’m just not the biggest fan of the black tea underneath.

You are definitely no alone in your bee pollen observations – it’s a tough ingredient to work with. Verrrryyyy off putting in large (and even small) amounts.

Well I’m glad to hear it’s not just me, hah. Luckily in both of Deb’s blends I’ve tried that had it, I could smell it but not taste it. Although I’m not sure the purpose of adding it in the first place…? Is it supposed to have honey notes?

YES you are the one who sent me the only bee pollen teas I have ever tried and they are a big NOPE for me. haha.

There’s a slight honey taste (like raw honey) – but mostly bee pollen is usually used in tea blending for the mild sweetness and the associated wellness benefits. In the case of Deb, though, I’m assuming it’s the former.

#tiffanys2021sipdown Tea #179 overall / Tea #3 for May
Saturday 5/1 — Dessert by Deb Earl Grey Tea Cake. Had one PS left in sample packet. Brewed hot & plain, just tasted like a sweet earl grey no tea cake. Not an earl grey fan so this was a miss for me.
#tiffanydrinkstea #tiffanys2021 #tiffanysfaves #tiffanyinthe614 #tiffanysteasipdown

I have finally filled the TTB as much as I intend to and have divided up the Sil samples for me and Roswell Strange. That means the box is ready to go to Ros. And since that is ready, the other packages I have been filling were all to get closed off too so my brother-in-law could make one big run to the post office.

One of those packages is for one of my best friends who loves lavender earl greys. I intended to pull this sample out to make as a latte and send the rest off to her. However, my latte used the whole sample so this is actually my first empty of April – yay!!

This is fine. The lavender, as per usual, is not my favorite. It’s soapy but not overwhelming like it was in Cocoa Lavender Latte. However, its enough that I don’t really want this again. The bergamot doesn’t do much to improve it for me but that is because I am picky with my earl greys anyways. Basically this had a lot working against it when it comes to my personal tastes. What it had that was appealing was the tea cake aspect and I am not getting much cake. Like I said, it’s fine. It’s not for me though. Now I feel bad not just passing this on since my friend likely would have appreciated it more.

I can’t remember if I’ve had this one or not? (slowly but surely working my way through Deb’s collection) Anyway, looking forward to the TTB and my little package. :)

I am excited for you to get your package too. I will confirm once the post office run is done! I do need to mention I sealed your package and only then realized the little note I wrote for you sitting on my counter :(

Can you private message me on IG (it won’t let me message you through here)? Just want to make sure the address is correct [have mail issues] and you can send me a picture of the note if you didn’t throw it away already.

I loved Deb’s other earl grey blend, spiced earl grey muffin. It was actually the first EG that I have ever tried, so I was looking forward to venturing out further and trying her other EG blends. I am not sure what to compare this to, since I have only had EG from Deb, however, like others have said, the bergamot in her blend makes itself known.

The dry leaf of this smells lovely and refreshing. You get a strong bergamot scent with a hint of lavender. I have tried this with coconut milk, but I find that it subdues the rest of the flavours, so this is one of those rare black teas I prefer to have straight without any add-ins like sugar or cream.

So, the main notes are bergamot and lavender. This is of course a bit astringent because of it has a black tea base, but it tastes very smooth and refreshing. I do not taste any of the other components such as maple, brown sugar, honey, or bee pollen. I thought the addition of these ingredients would make it super sweet, but I can barely taste them in this blend. They might be there, but used so sparingly, that they are being overshadowed by the other bolder ingredients.

But I like this one. Not enough to repurchase though because I think I prefer the spiced earl grey muffin. But this is still a good, floral tea blend.

Sipdown 89-2021
Still a bit behind where I’d like to be on my sipdowns, but still making progress!
I liked this less and less as I drank more cups. This last cup tasted particularly musty. Not very sad to see it go.

Lady Grey’s Garden was quite musty for me, too…

Hmmm… I’m getting the same strange flavors that I did with DDB’s other EG that I tried. I can smell it, it’s a sharp and bright and comes out in the flavor. It’s less ginseng than the other EG. It’s mellowed out with the addition of cream, but that also kills the rest of the flavors for me. I did not get any cakey flavors though. Not a huge fan of this one, but I super appreciate the chance to try it. Thanks VariaTEA!