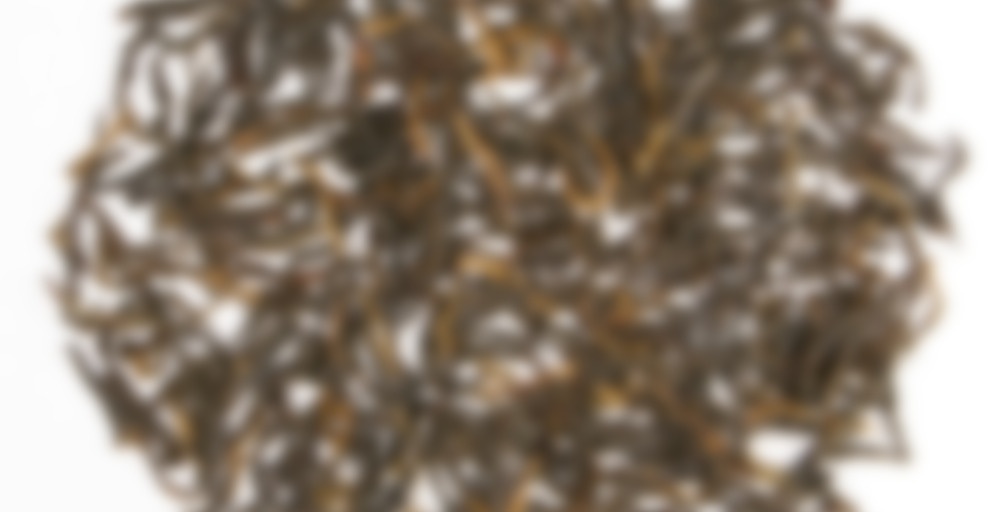 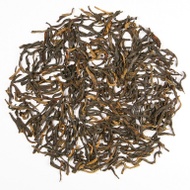 This lapsang souchong has a gentle pleasing pine smoked aroma. Some tasters also say it has a trace of sweet ripe longan taste. The liquor is smooth and tastes fruity in the mouth and has a sweet aftertaste.

The Essence of Tea 71

The sweet Dinosara sent me a swap package which I received on Monday. At first I was all excited and dithering about where to begin, but as I was feeling decidedly under the weather (what a great timing to receive care-mail!), attempting to choose between new teas and the very idea of posting about it in any sort of useful way turned out to be rather too much for my meagre brain capacity to handle. In the end I turned towards the tried, tested and true comfort teas (Kusmi’s Caramel and ditto Four Red Fruits, if you’re curious. Seperately, mind). Untill this morning.

I’m slowly recharging my batteries, but I’m still not the brightest bulb in box. Yesterday, for example, someone told me they were a ‘textbook asthmatic’ and my first thought was that she was allergic to textbooks. Yes. I know. Consequently choosing between new things is obviously still rather difficult, so I went for the sample of LS, because I know LS. I know what I like in an LS and I know what to expect from one. It seemed the simplest solution for the moment.

The sample pouch contained exactly precisely just about my preferred amount of leaf for a small pot. How excellent. I tried smelling the dry leaf in the pouch, but I couldn’t really get anything from it. There was a sweet note and no smoke at all, which I find somewhat confusing considering what we’re dealing with here. On the other hand, I’m not certain my nose is entirely trustworthy at the moment.

After steeping, it smells grainy and honeyed and with a touch of something that rather reminds me of lingonberry jam. Still no smoke, though. This doesn’t smell like a standard LS at all. Where is the smoke??? It’s missing; it’s not there! It is being advertised to me as smoky, and I wants it!

But then again, the trustworthyness of my nose is somewhat in question… I hope that’s why I can’t find the smoke. Although, you would think that smoke should be the one thing I could find…

One last chance to deliver some proper smokyness. Flavour. Okay, yes, the flavour has some trace amount of smoke, but not nearly strong enough that I think DeRen can really get away with saying it has ‘smoked aroma’ at all, be it ever so gentle. I believe there’s a distinct difference between ‘gentle’ and ‘barely there’.

The flavour that we have left reminds me mostly of a sort of mix between Bai Lin and Tan Yang. Something sort of inbetween those two. It’s quite grainy like the Bai Lin, but doesn’t have the orange-y note, and it’s quite fruity and cocoa-y like the Tan Yang, but without (infamously) the pseudo-smoke. It does however have that Fujian-ness about it that makes it so easy to recognise. Full and strong and very, very pleasant.

Yes, this has a ton of qualities that I really like. It’s a very good representative of my Number One Favourite tea producing area, indeed, but as I am being led to believe that it’s supposed to be smoky and it just isn’t delivering on that count, I’m going to have to dock some points.

The smoky aspect to this one is barely there. From others I’ve tasted I expected it to be a Lot stronger.

It has a sweetness to it.

It’s generally good, but not a favorite for me.

Age of leaf: Advertised as spring 2011. Received samples late September. Brewed it up not long after I received it in the mail.

Aroma: Reminded me of the smell from a brewery: malty.

Wet leaf: Similar to liquor aroma; not smoky at all. Brown medium-size chopped leaves, with a few whole leaves and buds.

Flavor: I brew beer on occasion, and the taste of this tea reminds me of the taste in the unfermented beer product (called ‘wort’), a barley or grain-like taste, which I believe is called, ‘malty’. There was no smokiness what so ever in the taste. It held flavor up through the third and had little flavor on the forth steeping.

Value: Sample was provided by DeRen Tea (Thank you Aaron!). Tea on their website is competitively priced for fresh, red tea.

Overall: I was surprised by this tea. I was expecting lots of smokiness (I have had one other of this type of tea, called Strong Smoke Lapsang Souchong) and yet found none in the aroma, nor in the taste (I have it on authority just recently that not every Lapsang Souchong is smoky). This wasn’t bad; it just wasn’t what I was expecting. The tea itself was clearly fresh and tasty—it tasted like a quality red tea. I wouldn’t buy it if you’re looking for a smoky tea, but it is definitely a quality Chinese red tea.