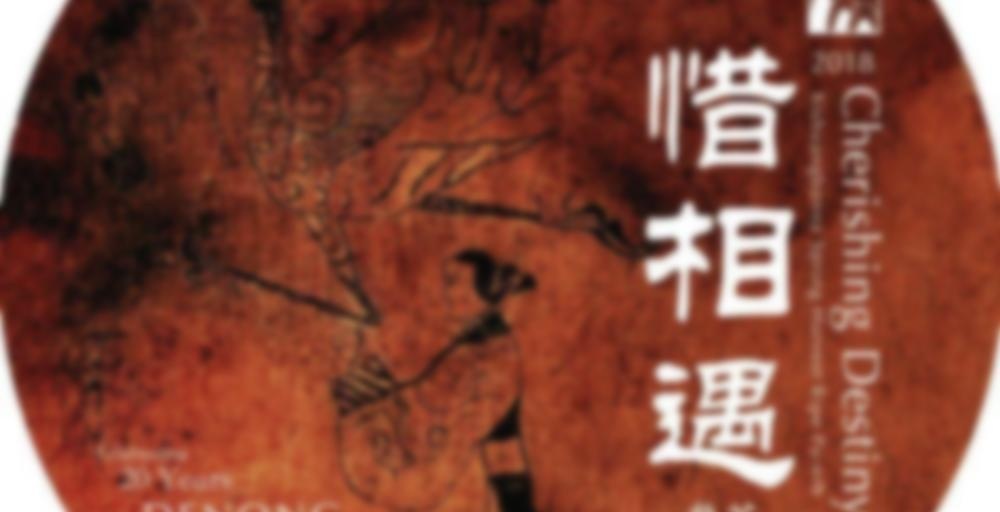 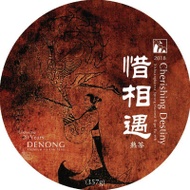 Using the same high quality tea materials as Cherishing Destiny Raw, our new factory manager decided to very carefully monitor the fermentation process of this tea. When completed, it received the highest marks without being aged! This is a tea to be cherished, indeed.

This was the first ripe Pu-erh tea I have ever had and it was also the tea that began my love of Pu-erh. Starting in 2018, Denong incorporated aerial fermentation in their production of tea which creates an extremely clean tasting Pu-erh without any hints of impurity or fishiness. This tea is crisp, woody, with hints of Chinese herbal medicine and settles comfortably in the stomach. I remember tasting it for the first time at Denong and I just felt my soul levitate because of how good it tasted. It is also made of very high quality tea material and I predict it will develop beautifully with age. For the price point, this is one of the best ripe Pu-erh teas on the planet right now and I am already planning to purchase several extra. I highly recommend you try out this tea if you have never tried Pu-erh before.

The second ripe in my Denong Tea order. Unlike the New Factory Edition, this one is much more loosely compressed, closer to other boutique label shu productions. The material looks nice, for a ripe. Just like the previous review, I used my 120ml silver teapot again. Since with the New Factory Edition I found that I could have leafed it even a bit harder, I decided to go with 9.7g this time. A ten second rinse, followed by a rest of a few minutes to let the moisture soak in. I did a total of eleven infusions, the timing for these 12s, 10s, 10s, 12s, 15s, 20s, 30s, 45s, 75s, 2 min. and 3 min.

I don’t know how much of it has to do with me sticking mostly to fancier ripe productions, but I’m usually the kind of person who has very little issue with drinking freshly pressed shus. Fishy is not a word I would likely use to describe these teas had I not heard others using it, but with this tea I can kind of see where people are coming from. There’s definitely something off about the first couple steeps and I had to discard the first one as the second rinse since I did not find it drinkable.

Overall the tea is very earthy, with touches of muddiness, chalkiness and mineral tones to it. There’s some sweetness in some steeps, but overall the tea is characterized by its distinct lack of sweetness rather than the presence of it. Combined with the disappointingly thin body, these two factors made for a quite unenjoyable session for me. While the tea is quite mellow overall, it is a fair bit stronger than the New Factory Edition and I ended up over-leafing it by some degree. For this amount of leaf the lack of body is a huge disappointment. Even the longer infusions later on don’t really improve this.

The tea does clear up as the steeps progress, developing some texture and notes of dry wood. It most definitely improves from the initial infusions, but I still wouldn’t necessarily say it gets good, just better. Once the tea starts tasting a bit watery, you really need to start pushing it to revitalize it. Eventually it starts tasting a bit like a really woody hong cha. I’m not sure about the longevity as I ended the session at a point where the tea could have possibly kept going, but it would have definitely required extended steeps and continued getting thinner and thinner.

After the positive impression left by the New Factory Edition, Cherishing Destiny was a rather big disappointment. I highly recommend rinsing it at least twice if drinking it young and while it does improve toward the mid steeps, I think for the price what it has to offer is abysmal. There may very well be plenty of room for improvement, but it’s impossible to say really. In its current state at least the tea comes off as very underdeveloped. This is exactly the kind of tea where the fact that Denong doesn’t offer samples for most of their teas really sucks. With ninety grams of my 100g bing left, I really need to hope this one improves if I give it five years.